This Is Not Cricket... No One, However High And Mighty, Is Above The Law

Do not abuse the trust or faith of any sizeable section of citizens, even BR Ambedkar had warned the rulers, reminds senior journalist Harish Khare 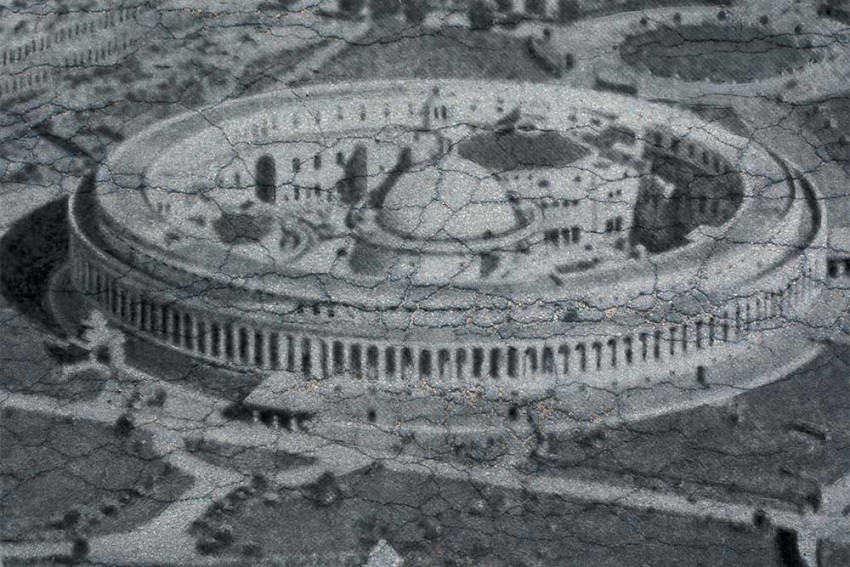 Two decades ago, the nation was thorou­ghly outraged when we learnt of a betting scandal in Indian cricket. Bookies were suborning the ­professional integrity of cricketers to make them ­underperform. Recriminations, allegations and inquiries followed, and a few cricketers like Mohammed Azharuddin, Ajay Jadeja and Manoj Prabhakar got a black name. No one except the betters has any reason to complain—after all, oblivious to all the off-field underhandedness, fans enjoyed the game in its fullness—yet there was outrage when rumours surfaced of the bookies’ role. Why? The fans felt their faith stood violated. This faith is that what we see in the cricket arena is an honest clash of skill, temperament, training and stamina between two sets of 11 young men. Call it belief, confidence or trust, faith in the integrity of the ‘game’ is vital to any collective endeavour. It is a basic condition of human civilisation to seek fairness in all our personal and social dealings.

When the cricket betting scandal surfaced, the matter ended up, expectedly, in a judicial enquiry. Justice Y.V. Chandrachud, who was entrusted with the task, ­concluded his report with this proposition: “It will be a sad day if the common men and women on whose ­support the game has occupied a place of pride will stay away, believing that the bookies, not the chosen 11, play the game.” If the fans’ faith in the fairness of the game gets shaken, they could withhold their applause and consent, depriving the players and administrators of any kind of credibility, leave along legitimacy.

The very phrase “This is not cricket” carries with it a ­suggestion of an absence of faith, a necessary virtue in any society as it goes about organising its collective ­affairs. Beyond cricket, all constitutional institutions and democratic arrangements get their vitality and energy from an assumption of ‘good faith’. Indeed, the modern Indian ­nation-state envisaged and encoded in the Constitution of India is critically predicated on the ‘good faith’ of the ­majority of the day. After all, democracy does mean an arrangement that embodies the principle of majority rule; but, it is also accompanied by a faith, by an unwritten ­understanding, that the ­prerogative of the majority will be exercised in a ­reasonable manner. And, when this ‘faith’ gets ­shattered, the consequences can be quite catastrophic.

A democracy is inherently different from all other forms of government ­because its goal is a satisfied citizenry, whose obedience to laws, government and aut­hority is ­voluntarily ­joyful. A democracy and its vitality are sustained and ­reinforced by constitutional institutions; and, it is the primary task of these ­institutions to ensure that the citizens’ faith in the ­governing ­arrangement is reinforced. Given the ­context of Partition on the basis of Mohammed Ali Jinnah’s two-nation theory, the founders of our republic as well as the framers of the Constitution of India were keen to assure the ­minorities a place of honour and dignity in the new ­nation. After August 15, 1947, Mahatma Gandhi, Jawaharlal Nehru and all other leaders exerted themselves, assuring the minorities to have faith in the new arrangement and its permanent promise of fair play.

When, for example, the Constituent Assembly was debating Article 44 (“The State shall endeavour to ­secure for the citizens a ­uniform civil code throughout the territory of India”), the minorities expressed the fear that the ­proposed ­provision could overwhelm their religious and cultural identities. B.R. Ambedkar ­responded: “I shall also like to point out that all that the State is claiming in this ­matter is a power to legislate. There is no obligation upon the State to do away with personal laws. Therefore, no one need to be apprehensive of the fact that if the State has the power, the State will ­immediately proceed to ­execute or enforce that power in a ­manner that may be found to be objectionable by the Muslims or by the Christians or by any other community in India.... Sovereignty is always ­limited, no matter even if you assert that it is unlimited, because sovereignty in the exercise of that power must reconcile ­itself to the sentiments of ­different ­communities. No ­government can exercise its power in such a manner as to ­provoke the Muslim ­community to rise in ­rebellion. I think it would be a mad government if it did so.”

Do not abuse the trust or faith of any ­sizeable section of citizens, Ambedkar warned the rulers.

Ambedkar’s warning was simple: do not abuse the trust and faith of any sizeable section of your citizens. The warning was directed primarily at the rulers. And, it was not long ago that Pakistan stood bifurcated in 1971 when its then rulers ­insisted on abusing the faith of the majority. By contrast, we in India have taken pride in our Constitution and patted ourselves on the back for our democratic practices and protocols that majority rule has almost never been approvingly understood as majoritarianism. We ­derive a legitimate satisfaction that we have put in place ­institutions that ensure that a ­ruling regime does not abuse the faith and trust of any section of the citizens.

By definition, institutions’ very mandate is to ensure that the ruling government’s decisions and policies conform to the Constitution. That is why these are called institutions of restraints, with a mandate to constraint any authority from arbitrariness or abuse of power. These institutions play the role of umpire, enf­orcing the rules of the game fairly and scrupulously, irrespective of the reputation of the player. And, that is why, we are often reminded that no one, however high and mighty, is above the law.

Vibrancy and robustness of Indian democracy ­depend upon a faith that those who exercise power will not violate the boundaries imposed on their ­authority by the laws of the land; and, then, we trust our institutions of restraint to restrain our rulers from abusing their office.

This faith gets shaken when an impression gains ground that those who ­preside over these institutions are failing in discharging this obligation. The credibility of our ruling ­arrangements gets diluted when the umpires are deemed to be lacking in competence or skill. The trustfulness of constitutional institutions is sine qua non for a mature and evolved democracy. That is why it was an extraordinary ­development when four senior judges of the Supreme Court decided to go public with their lament that the Chief Justice of India was not observing the conventions and ­traditions of the apex judicial forum.

A lawful society subscribes to a faith in the fairness of all other institutions as well. For example, we trust the media to perform its dut­ies—of reporting and commenting on public issues—fearlessly and intrepidly. We have faith in the competence and neutrality of the governor of the Reserve Bank of India to exercise the institution’s autonomy to insulate the nation’s financial health. We expect the Election Commission of India to make credible and genuine efforts to provide a level playing field for all candidates and political parties.

This faith cannot be ­prescribed in black and white. Yet its absence can ­always be felt. In his ­provocative book, Good Government: Democracy Beyond Elections, Professor Pierre Rosanvallon calls “trust” among democracy’s three ­“invisible institutions” (authority and legitimacy are the other two). Every democracy has to struggle unceasingly to keep strengthening and sustaining trust and faith in its working arrangements. And, that precisely becomes the primary task of everyday politics. Indeed, the very story of Indian democracy is essentially one of a struggle over ­ensuring faith in the integrity of our constitutional institutions. It ­remains the crux of politics to insist that those in ­office do not abuse the citizens’ faith in the fairness and justness of our governing arrangements.

(The writer is a  senior journalist. Views are personal.)