A mood of fear and dismay, ostensibly created by design, is making Kashmiris believe of a conspiracy to weaken them, writes Siddiq Wahid 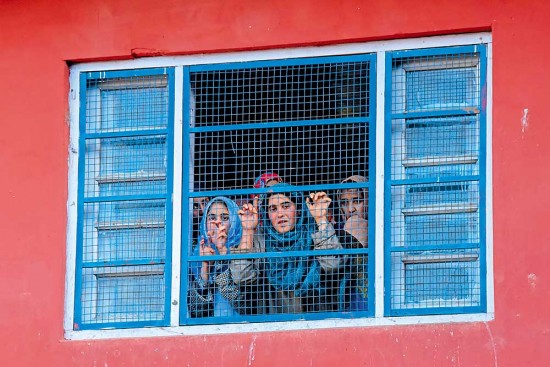 Even for Kashmir, which is all too familiar with the murkiness that accompanies government activities, the last two months have been trying. In June, immediately after the Lok Sabha elections, J&K Bank, arguably the last of the state’s autonomous institutions, saw its chairman ousted and called for questioning to New Delhi after allegations of corruption. There was a deafening silence about this action, apart from furtive ­rumours that the institution, the state’s symbol of fiscal self-­reliance, would be merged with another bank.

Then, in late June, there was a sudden, well-advertised deployment of the military. In preparation for the annual pilgrimage to the Amarnath shrine, more and better fortified bunkers sprang up all over the Valley. The authorities dropped messages that did not go unnoticed by Kashmiris. Many private airlines announced to pilgrims that their vehicles would have GPS devices. Within days, the number of bunkers increased from 12 to 22 on a 15-km stretch of the highway. Road-repair crews suddenly swung into action. Post-winter potholes were rapidly ­filled, white and yellow traffic lines were freshly drawn and diligently placed signs welcomed and ­directed pilgrims at each fork on the road. Vehicles of locals were stopped with rude whistles and threatening batons as pilgrim convoys sped to their destination.