A glut in oil production has seen prices hitting rock bottom. And the global crude war is getting interesting, writes Shreerupa Mitra 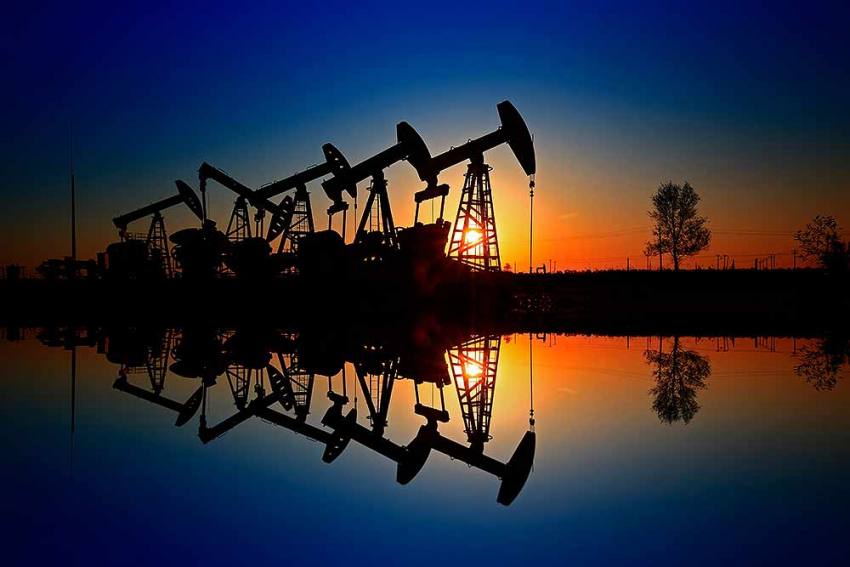 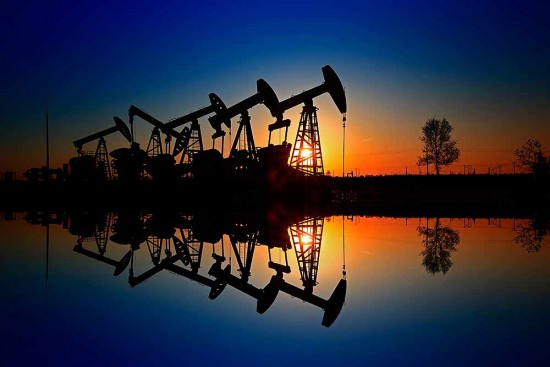 The oil markets should have been the rare unifier for India and China. The adversarial neighbours flash similar profiles. China is the biggest consumer of energy while India is the third-largest.

Chinese demand for oil is 13.5 million barrels per day (mb/d) of which about 11 MP/d —nine mb/d import and two mb/d in equity oil—comes from international purchases and about three mb/d from domestic production. This is a high 70 per cent import dependence despite importing oil from 45 countries, mostly from Russia, Saudi Arabia, Iraq and Angola. India, on the other hand, consumes 4.6 mb/d of crude oil for which it is 85 per cent  imp­ort-dependent—Saudi Arabia replaced Iraq as its top supplier for April and May.

The over dependence of these two oil guzzlers on the Middle East for its supply affects the two countries similarly—marked more stark this year when the markets reeling from the impacts of the SARS-CoV-2 faced lockdowns and many unhealthy firsts. The supply and demand-side dynamics have seen violent swings from March onwards res­ulting in some windfalls and some trouble for both New Delhi and Beijing. The countries, yet again, felt the disproportionate sway that the OPEC+ cartel—a wobbly alliance of oil producers that includes Russia—still has on oil prices.

As the novel coronavirus gobbled global demand at an unp­recedented rate—it fell by one-thirds of its 2019 levels in April—an infighting between Riyadh and Moscow left the world being awash with crude oil. The two competitors failed to agree on the oil volume slash amid the coronavirus outbreak with Russia reportedly refusing to carry out a Riyadh-proposed supply cut to the markets ­­—the deepest since the global financial crisis. Saudi Arabia and Russia opened its oil spigots to their full capacity, unleashing a turf war for capturing Europe, Asia and North America and pushing down official selling prices (OSPs) to record lows. Other countries from the OPEC cartel followed suit with competitive ramping-up of oil supply. For the first time, the so-called Asian premium, the extra charge that Asian countries pay for OPEC oil as compared to European or American markets, were scrapped.

This glut of about 10 mb/d oversupply combined with nosediving demand made for what International Energy Agency’s Dr. Fatih Birol calls a “Black April”.  Consuming countries, which include China and India, scrambled to fill their pipelines, commercial inventories and strategic petroleum reserves apart from employing floating oil storage to  capture the gains from the unprecedented low oil prices. Oil storage reached a critical mass when the world ran out of space for storing crude. Consequently, for the first time, West Texas Intermediate— an oil price benchmark—futures sunk about $40 in the negative territory, making US oil a liability for the month of April while Brent crude—the international oil benchmark—touched multi-year lows. Though WTI Nymex May futures prices picked up next month onw­ards, a psychological barrier had been breached for the crude markets. 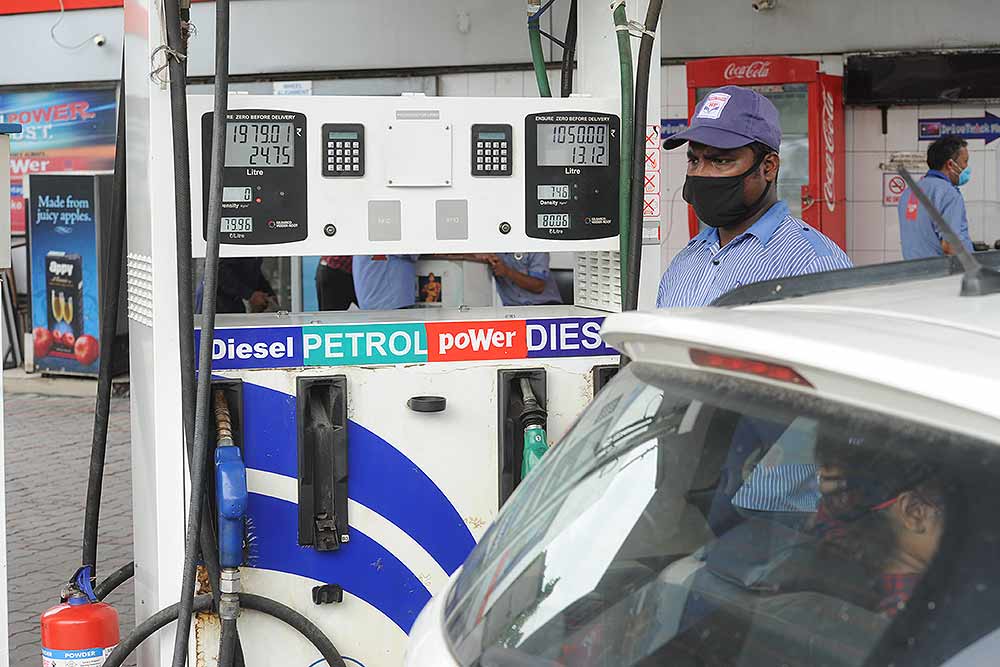 Amidst global oversupply, the Asian premium—extra charge that Asian countries pay for OPEC oil—is scrapped for the first time.

The price war among the Middle Eastern and Russian producers also significantly tamed the American shale industry, which needs at least $30-$40 oil price to rake in capital investments and survive. The shale shut-ins since March have wiped off more than 4mb/d of oil from the markets. The flush output from the shale wells catapulted the US as the largest oil producer in the world touching 13 mb/d at its peak, steadily en route to significantly alter geopolitics. US president Donald Trump declared the nation “energy independent” and set out to capture the marketshare of OPEC+ producers in the Asian and European markets.

The meteoric rise of the shale industry also offers a much-needed respite to major consuming countries, like India and China, to wean off some of its oil dependence from the volatile Middle East region and counter the monopolistic tendencies of the OPEC+ bloc. The energy trade between the US and India was $7.7 bn last year while American share in the Indian oil basket is around 8 per cent. However, the US-China energy trade record has been far more checkered. Though American oil export to China touched a high in July 2018, the figures slumped after trade tensions between the two economic superpowers. According to the now-on-now-off US-China trade deal, Washington’s  ene­rgy exports to Beijing will jump over the next two years with an additional $18.5 bn worth of purchases in 2020 and $33.9 billion in 2021.

The fairy tale of the shale story seemed to be cut short by the slumping crude prices. This led to a rather bizarre situation where Trump, the consuming nations, the G20 countries were threatening and coaxing—depending on their leverage with the OPEC+ countries—to quickly sort out their internal matters and prop up crude prices, also in view of the collapsing markets from the COVID-19 pandemic. The powerful oil producing cartel didn’t disappoint. It withdrew a whopping 9.7 mb/d of crude—about 10 per cent of the global supply— from the pipelines for May and June, and later extended the pact to cover July, tapering it thereon to  7.7 mb/d from August through December. Adding to the list of unprecedented happenings for the crude market, the OPEC+ cartel has shown remarkable compliance to the pact—a monitoring committee has also pulled up truant countries, like Iraq, Nigeria and Angola, to make compensatory cuts over the coming months for not meeting their quota cuts.

The two benchmarks of WTI and Brent crude have since recovered to around $40 a barrel while shale is snapping back in action, which in turn has further buoyed crude prices. “While there has been huge drop in the drilling rigs in the (American shale) region, which is likely to impact shale dominance in the long-term unless the investments come back, in the short/near term there are many drilled but uncomplete (DUC) wells, which are likely to be put into production with oil prices hovering around $40/bbl,” says D.L.N. Sastri, executive director (International Trade), Indian Oil Corporation Limited.  “With reports of sharp inc­rease in fracking crew in the region, some of closed/suspended production of shale oil is expected back in June/July with encouraging support from current level of oil prices,” Sastri adds.

ALSO READ: Chinese Tension Haunts Ladakh Even As Valley Remains On The Boil

In the recent past, apart from being struck by sharp swings in OSPs and the sudden glutting or withdrawal of global oil supply, Indian and Chinese refineries, along with others in the crude-importing region, have had to accept big reductions in their regular contracted volumes from producers, such as Saudi Arabia and Iraq. This should have made the Asian nations natural allies to throttle a better hand vis-a-vis the OPEC cartel. In 2018, New Delhi had floated the idea of a consuming nations’ bloc to include China, South Korea and Japan for a combined negotiation around issues, like the Asian premium. The divergent interests and leverages of the nations thwarted the initiative from seeing the light of day.

Shreerupa Mitra is the executive director of The Energy Forum and expert on international politics for HPCL. (Views are personal).