Policy analyst Meera Velayudhan feels responses to court verdicts, including the one on quota, will energise marginalised sections like Dalits, Muslims et al 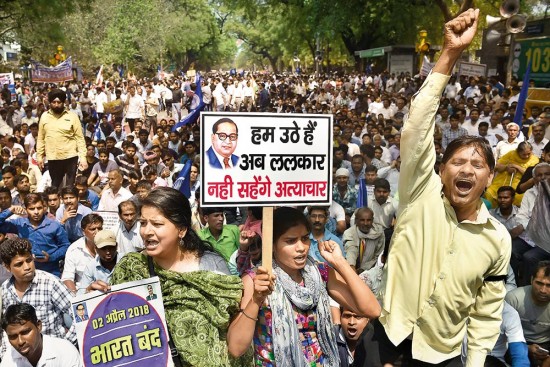 The Supreme Court ruled recen­tly that “there is no fundam­ental right which inheres in an individual to claim reservation in promotion”, and that “no ­mandamus can be issued by the court dir­ecting the state government to prov­ide reservations”. So, have reservations been interpreted in the spirit of Articles 14,15 and 16(4)—the last specifically dealing with the right to equality of opp­ortunity in employment? How have ­ent­itlements as justiciable fundamental rights and non-justiciable directive ­principles been interpreted juridically over the years? Can directive principles impose an obligation on the State to ­realise the citizen’s entitlements, thus giving the Constitu­tion, as Babasaheb Ambedkar held, a transformative potential? Are fundamental rights discretionary, as this Supreme Court verdict suggests, and hence the State has no ­obligations? Underlying the verdict are ideas of ‘merit’ and ‘efficiency’, a social debate finding interpretations in varied juridical pronouncements going back to the 1960s, and which gained strength in the discourse around anti-Mandal Commission agitations. It pits individual mobility against class entitlements (of scheduled castes, in this case) and the State’s need to identity ‘legitimate claimants’. The verdict also said there is no justiciable right or constitutional duty to provide reservations, thereby reducing substantial equality to formal equality against the spirit of the Constitution.

There has been a steady erosion of fundamental rights and constitutional principles by varied judgments on reservations. For example, a five-judge constitution bench in the M. Nagraj case (2006) held that states were bound to provide quantifiable data on backwardness of scheduled castes and scheduled tribes, inadequate representation in government jobs and overall administrative efficiency before providing quota in promotions. Various state governments sought reconsideration by a larger bench as the verdict placed unnecessary conditions overlooking the stigma of caste and presumed backwardness. One of those who opposed quota in promotions argued that the presumption of backwardness vanishes once someone joins government service, and that quota can be continued for class IV and III services, but not for higher services. Turning down an appeal by the Centre, the Supreme Court in September 2018 upheld its 2006 order that said quota in promotions was not mandatory in public sector jobs. The court asked why the idea of ‘creamy layer’ used for OBCs could not be applied to deny quota in promotion to the ‘affluent’ among SCs/ STs. There was an assumption that these communities are not entitled to social mobility, and that social mobility meant discriminatory attitudes did not persist.