Authorities must accept the smog as a problem and innovate for the Indian context, writes author and architect, Gautam Bhatia 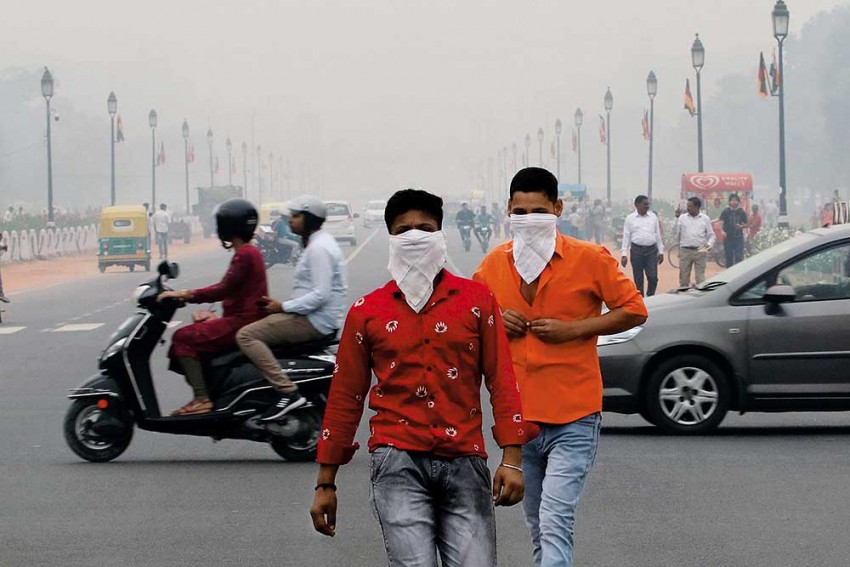 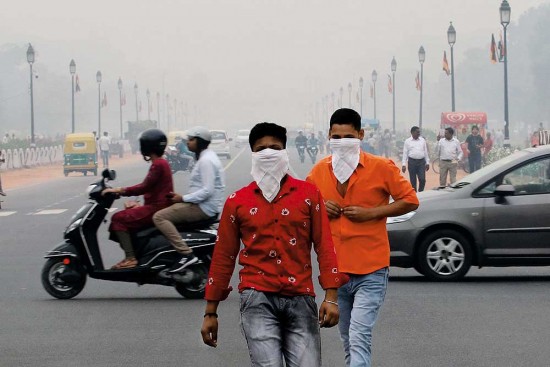 Last year in Delhi, as the air quality index hit a high three-figure mark, life assumed its normal winter course; nursery school children ran around the playground in masks; ghostly cricketers moved about the pitch at Feroz Shah Kotla unable to sight the ball; and people with watery eyes knelt down in the lethal gray haze to admire the entries at the annual chrysanthemum flower show. It was difficult to tell if city life was real or morbid satire.

Why are Indian cities so ineffective in solving their pollution problems? Two reasons come to mind. First, in environment, construction parameters, transport and domestic energy requirements, the Indian situation is so dire it is unique. It follows none of the dictates of first-world conditions. Second, every approach either ­relies on foreign solutions or Indian make-shift ones. The problem is neither adequately defined nor properly addressed.

Is it possible to create a ­rechargeable ­battery pack—a single source for all basic domestic energy needs?

Take the case of winter pollution. For the past decade, air quality in north India between October and February has been hovering at lethal levels, with papers reporting particulate matter between 400 and 600. Activities leading up to this dismal state are allowed to carry on: stubble burning in Punjab and Haryana, registration of polluting vehicles, construction, coal fires—till suddenly, pollution spikes to hazardous levels. Then there is a frantic rush to close schools, issue face masks, promote odd-even days for cars, impose fines for burning and halt all construction. Room air purifiers are sold at a brisk pace; face mask business picks up. Despite the grim state, a situation of helplessness persists, only for a shift of wind to bring on quick public amnesia.

If real solutions are the aim, the government needs to ­implement radical innovations in four areas:

Transport: Private transport is the biggest contributor of  urban pollution. Motor vehicles continue to ­increase in alarming numbers and clog roads. Electric cars can hardly be a solution when traffic jams in most cities restrict driving speeds to walking time. By doing away with private ­vehicles, governments must examine alternatives such as electric and solar pods as in Brazil or other methods of slow, space-saving transport.

Construction: Buildings are the largest consumers of energy, their construction the biggest source of dust particles. Obviously, for a growing urban population, construction cannot be stopped. Yet non-polluting techniques of building such as pre-fabricated assemblies should be made mandatory in neighbourhoods already built and occupied.

Energy: Delhi’s chief minister has provided free electricity to the poor, but has done little to create a comprehensive energy solution. The real thrust of such a provision must rely on innovation—a single non-polluting device that takes care of all energy needs of the urban poor: cooking, lighting, heating and refrigeration. Is it possible to create a rechargeable battery pack—a single source for all basic domestic energy needs?

Agriculture: The apocalyptic image appears on satellite photos—a vast cloud of gas stretches from Lahore to Dhaka. Fires from rice stubble mix with diesel exhaust and smoke from coal-fired power stations. The life spans of 800 million people are cut short by 5 years; 1.2 million premature deaths occur every year. A simplistic ban on burning is not enough. It must be followed up with subsidies on cooperative mechanised farming and possible changes in cropping patterns—a ­relook at agriculture that is in line with climate change initiatives.

Adapting to pollution is no alternative and the idea of fighting air pollution with masks and air-purifiers is only a symptomatic solution, a jugaad. Two years ago, when Chinese cities in the industrial north faced pollution problems, a local company set up industrial filters at different points in the city; each 80-foot-high stack cleaned the air within a five-kilometre ­radius, quickly returning it to normal levels. Thinking at such large urban scales is beyond the pale of Indian civic authorities. However, the challenge to create an effective battle plan can only happen if the country accepts pollution as a serious problem and innovates for Indian situations.

Maybe sometime in the near future, walking on shaded streets under blue smokeless skies and knowing that SUVs are rusting in the city junkyard, we will look back at the turn of the century and laugh at how foolish we once were.

(The author is an architect. His latest book is Blueprint.)