Home  »  Magazine  »  National  » Faith »  By Burying What We Should Have Known, Historians Have Let Us Down

By Burying What We Should Have Known, Historians Have Let Us Down

Trans-generation trauma has been passed on from generation to generation. Memory is now a lived reality, writes psychologist, Rajat Mitra 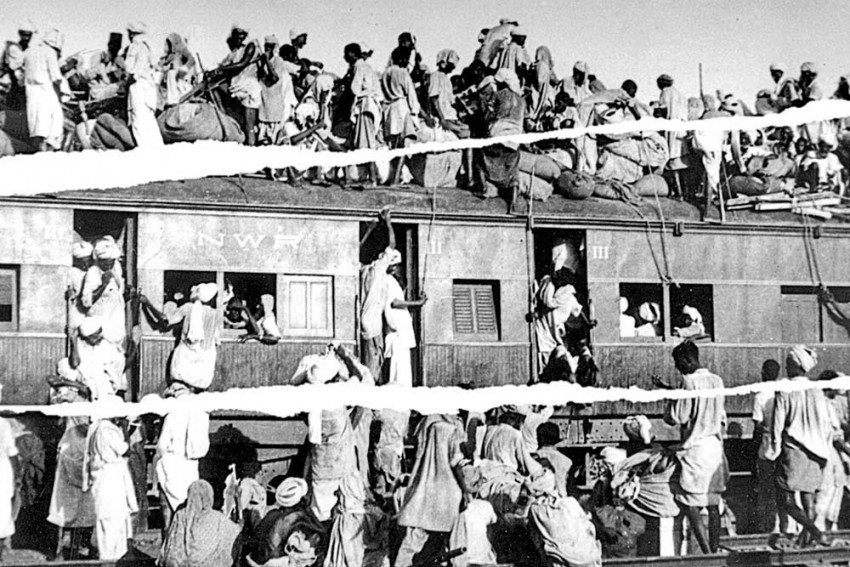 Photograph by AP
Rajat Mitra December 25, 2019 00:00 IST By Burying What We Should Have Known, Historians Have Let Us Down

Bettelheim, a survivor of the Holocaust, once said: “What cannot be talked about also cannot be put to rest. And if it is not, the wounds continue to fester from generation to generation.” Indian society seems to be going through that phase at present, trying to put to rest its ghosts of the past that did not find a closure. The “memory” of those ghosts seems to be around us, taking over the role of history and controlling the Indian psyche. Today’s Indian seems to have jolted out of slumber: he is going into the past, dwelling into memories of events lived through by his ancestors and challenging the story as told to him through school textbooks. In the process, he is giving birth to controversies that tear at the national fabric built over the past seven decades and the very foundation of national identity.

Many issues, supposed to have been relegated to oblivion, seem to be staring us in the face with a raw intensity unimaginable a few years ago. From social media to drawing room conversations, there is a debate on what was ass­umed to have been put to closure by earlier generations. There is a sense that our historians have let us down, by burying what we, the people, should have known. There is a talk about trans-generational trauma (TGT) affecting the Indian mind in the light of invasions and col­onial rule. TGT, discussed until recently only in academic circles, in the context of holocaust or genocide, finds mention as a possible determinant of current nat­ional identity. This trauma is defined as a memory of a painful event that was overwhelming at the time it happened and didn’t find a closure— passed on from generation to generation. TGT exists as a psychic wound and is passed through epigenetic transmission: through silence and stories that are never told at family get-togethers and forbidden from discussions.

It may explain why a Jewish family would not store food in their refrigerator even generations after their grandparents were murdered in a concentration camp because they were caught storing food in some corner in the camp. It may explain why many families from Punjab and Bengal call themselves Partition Families, and refuse to talk about their journey, about what happened, especially to their women. It may explain why in a city like Delhi, with a majority Hindu population, no big temple older than the Birla temple of 1939 exists. Or why the Birlas could only build it, taking inspiration from Mahatma Gandhi’s freedom struggle.

TGT may explain why Kashmiri Hindus never tire of sharing the pain of the seven exoduses from their homeland, and alw­ays do so in the present tense as if they are reliving it. It explains why they call the camps “Aurang­zeb’s dream”, referring to the legend of the emperor’s wish to make Kashmir Islamic. 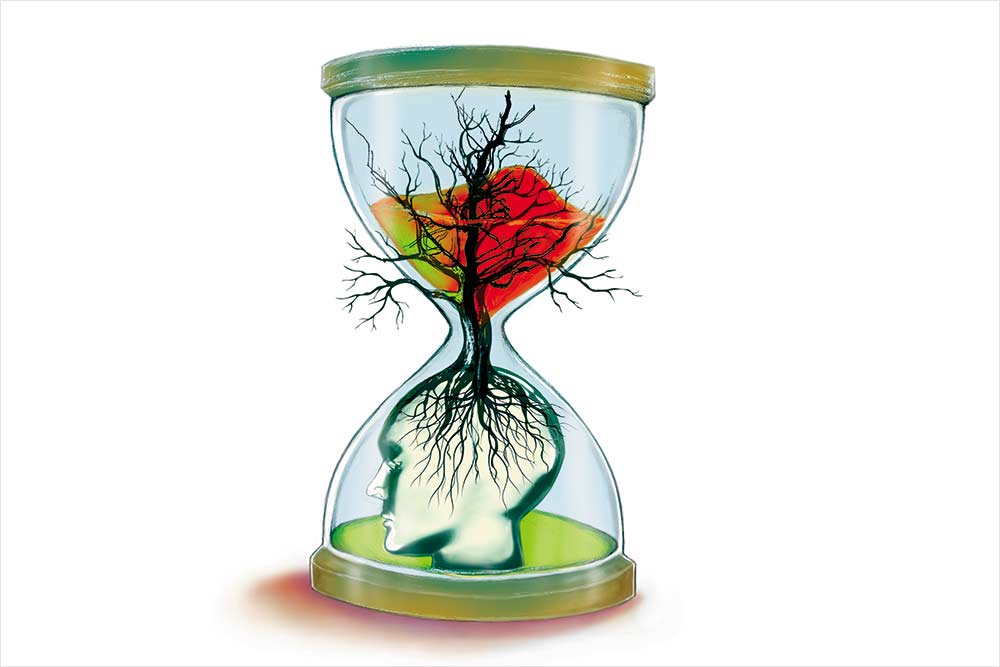 TGT and memory of religious persecution are now believed to be linked to two events in recent history of India, one, the Ram Janmabhumi, and the other, the abrogation of Article 370. The Ram Janmabhumi site has been described as a memory, associated with the geography of the place where Ram was born and the probable destruction of it, that never healed, nor could it be erased or ­destroyed. The second is the exoduses of Kashmiri Hindus from the Valley over the centuries owing to religious persecution, the last being on January 19, 1990. Working in the refugee camps, this writer was amazed at the number of times the inm­ates referred to how their ancestors ran away, refusing to get converted, the last time being 30 years ago when it was presented to them as an option to stay back in the Valley.

Why did the Hindus hold the memory of these two events for so long, so ­tenaciously? The answer may be that the memory gave them a “secure base” they could hold on to. As American neuropsychologist A.N. Schore rem­arked in 2001: “What if the brain evolves in an environment of not interpersonal ­security but while facing danger, sometimes over several generations, say even a millennium? What happens when an entire society grows for generations under the shadow of persecution and facing atrocities?”

What happens when we ext­end this argument to Mughal and colonial experiences, which were full of atrocities and where Hindus lived under fear? Does it not further the context for inter-generational transmission of trauma? For entire generations who were born and grew up in societies that treated them as slaves and savages, such questions are no longer utopian and stay limited to academic enquiry, but arise with a frightening intensity when the issue of national identity or nationalistic discourses comes up.

For descendants of Kashmiri Hindus and Indians whose ancestors witnessed ­destruction of sacred spaces, a total violation of their environment seems to have taken place—one that hasn’t healed. Every remembrance of the event has an unbearable int­ensity that doesn’t seem to leave them and there exists no map on how to place this experience in the continuity of one’s daily life. These two events may have brought the majority in Indian society to accept “rupture” as a fundamental asp­ect of their existence. They may have come to define the­m­selves as a society faced with a catastrophe—and one who had to constantly negotiate the gap between daily living and a posthumous knowledge lodged within as a permanent wound.

French novelist Soazig Herzog once termed the testimonies of survivors and des­cendants of trauma as “extreme knowledge”, or of absolute contingency, that is unbearable because it eradicates meaning, devours structure, kills certainty and reliability, even as one may listen to it long after it happened. Such experiences may even defy categories of thought or words. Neither culture nor experience may provide structure for formulating such experiences. The language of survivors is rarely able to articulate their trauma. Is that a possible reason why Indian society finds it difficult to ­articulate tra­uma of the past? That our literature fails to capture the full extent of the historical inj­ustices and what remains is a hypersensitivity and overreaction each time past injustices are mentioned?

Did the invasions produce a reality so unreal that because of its extreme violence, it shrunk the limits of awareness of Indians that they exist with the world on equal terms? Did it make it difficult for them to confront, ask for their rights and blur the spheres of emotional and ext­ernal reality, making it a paralysing zone in their personality that needs a ­national closure? Today, mem­orialisation has begun to sow its seeds like never bef­ore. It is asked by ­de­s­c­­endants of those who feel their ­ancestors got a raw deal, nationalists who feel that many who should be icons for our nation have been denied their role. A mem­orial refers to a time and place where, in the memory of those who remember, a historical event should have taken a different course. As anthropologist Alfred Gell says, “We don’t ­memorialise events that occur as expected.”

Memorialisation is a dyn­amic and sensitive issue; its grieving aspect has profound religious implications. The grief and consequent wish for memorialisation that has today started in India, has its origins in the Indian psyche linking it to the destruction of its holiest places, acknowledging it and retrieving the kernel of its religious identity. With the rise of changed pol­itical discourse and rupture in our civilisational narrative, memory of the past is raising doubts. It is forcing our society to renew the core ­beliefs of who we are, what our identity is, where we are going.

Memory is no longer the theoretical construct it used to be, but a lived reality. It is the door through which the past is pressing onto our present. What we remember and how we rem­ember is not static, but will shift over time and is dependent on the people’s needs and their trust. It holds us fast in what we as a society are unable to forgive and let go of. It rem­ains to be seen how society creates a narrative that is different, honest and more resilient than the earlier ones.

(Rajat Mitra is a  psychologist and author. Views are personal.)

A Sportsman's Faith Is In The People Around Him, Luck Is His God