Delhi Police seems to be reminding us that rule of law, justice, fairness etc shall be defined the way the government pleases, writes academician Manisha Sethi 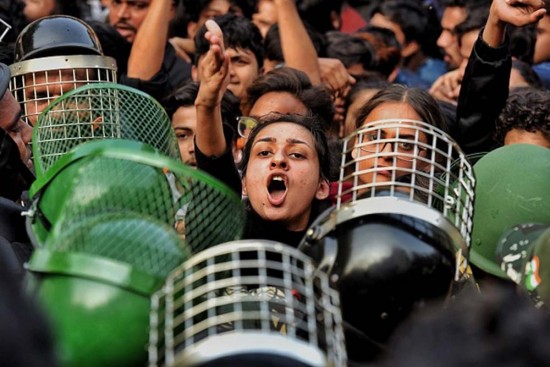 The Delhi Police is insistent that investigation into the Jamia Millia Islamia and Northeast Delhi violence is proceeding ‘fairly’ and ‘impartially’, guided by ‘forensic and scientific evidence’. Even in a world where words have seemingly lost all meaning, this statement still manages to sting you with its insincerity. The Delhi Police seems to be mocking us all, rebuking us in fact, reminding us that words and phrases like rule of law, justice, victims and fairness shall be defined only in the manner that the government pleases.

For, immediately after offering us these platitudes, the Delhi Police invoked Sections 13, 16, 17 and 18 of the Unlawful Activities (Prevention) Act (UAPA) against arrested student leaders and activists involved in the protests against the Citizenship (Amendment) Act (CAA). Make no mistake, the State has thus deployed the mightiest weapons in its arsenal against dissent. Sections 16 to 18 of the UAPA refer variously to ‘punishment for terrorist act’, ‘raising funds for terrorist act’, and ‘conspiracy etc’ related to a terrorist act. And Section 13 pertains to punishment for ‘unlawful activity’—a term that denotes something simultaneously vague and all-encompassing, just like ‘terrorist act’.