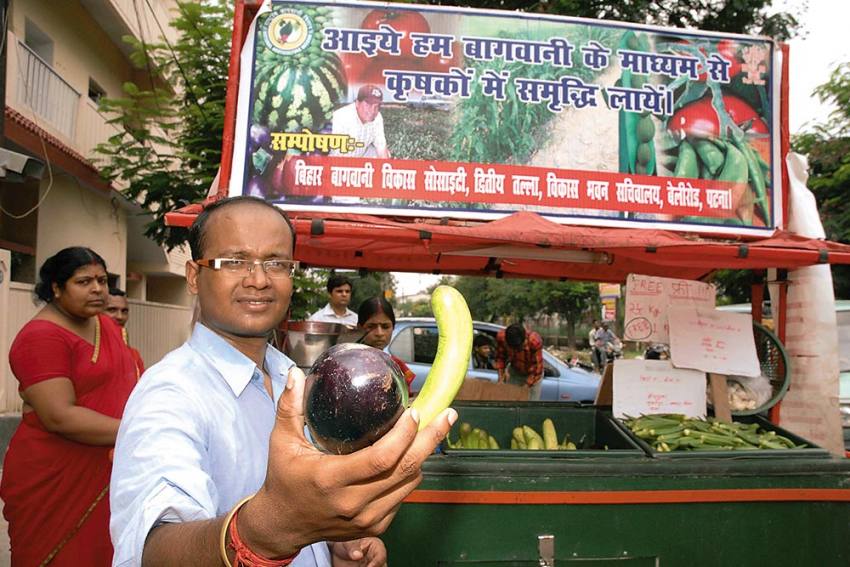 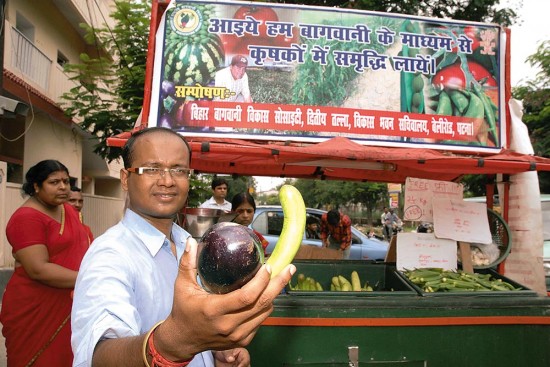 Many villages in Bihar stopped cultivation of chana (gram) four decades ago. They have resumed it now. In Nawada and East Champaran districts alone, more than 9,000 farmers began growing pulses again three years ago, thanks to Kaushlendra, a 39-year-old who had shot to fame as “MBA subziwallah” about a decade ago. “Local farmers thought they were better off cultivating only paddy and wheat, but we made them aware of how growing protein-rich pulses could also help fight off the menace of protein malnutrition.”

Kaushlendra has come a long way since he revolutionised the way vegetables were sold in customised pushcarts. When his parents took a loan of Rs 5 lakh for his management course at IIM-Ahmedabad, they hoped he would settle down with a cushy job with a multinational. But his heart was set on something else: turning Bihar into India’s vegetable capital and creating job opportunities for unskilled people at the grassroots.

A native of Ekangarsarai in Nalanda district, he set up a farmers’ cooperative after graduating from IIM-A in 2007. He procured fresh, organic vegetables directly from farmers and sold them in ice-cooled dirigible carts in various districts. Having started with only 5 kg of vegetables, the cooperative had a turnover of Rs 2.5 crore in three years. “All that Bihar’s farmers needed were proper marketing avenues,” says Kaushlen­dra, who once believed Bihar and Uttar Pradesh could become India’s growth engines due to their agriculture potential. But the entry of malls in the ­retail sector posed a challenge. “As educated ­urbanites, our main clients, shifted to malls, we diversified into other crops such as pulses,” he says. “We exited from the retail business in vegetables, except at a few small centres. We have now become an aggregator, and provide know-how and other support to local entrepreneurs in setting up their vegetable business on our model.”

His foundation also trains volunteers, called Climate Commandos, at the panchayat level to create awareness on environment-friendly ­farming. “Farmers are the biggest victims of ­climate change. The recent onion crisis was a ­result of ecological imbalances catching the farmers off guard. We are trying to prepare them for such situations,” he says.