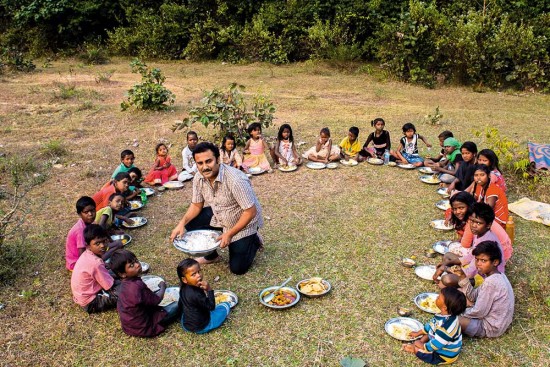 It was July 6, 2015, eight-year-old Srideep’s birthday. His parents, Chandrima and Cha­­­­ndra Sekhar Kundu, had splurged on a party for him. In the end, there were masses of leftover food that even the cat­­ering men were unable to polish off. Much of it was trashed.

Later that night, Chandra Sekhar witnessed a scene that changed his life: two children rummaging for food in a garbage dump. One stood guard with a stick to fend off stray dogs; the other foraged the heap. On closer look, he realised, they were having biriyani—polishing off the rice and storing bits of meat in a plastic bag, to savour later. Stricken with remorse, Chandra Shekhar brought them home, gave them something to eat, but could not sleep that night.