Now the SP in Maoist heartland, Pallava is a post-graduate in psychiatry from AIIMS, Delhi. He is winning people's trust by putting his knowledge on malnutrition and diseases 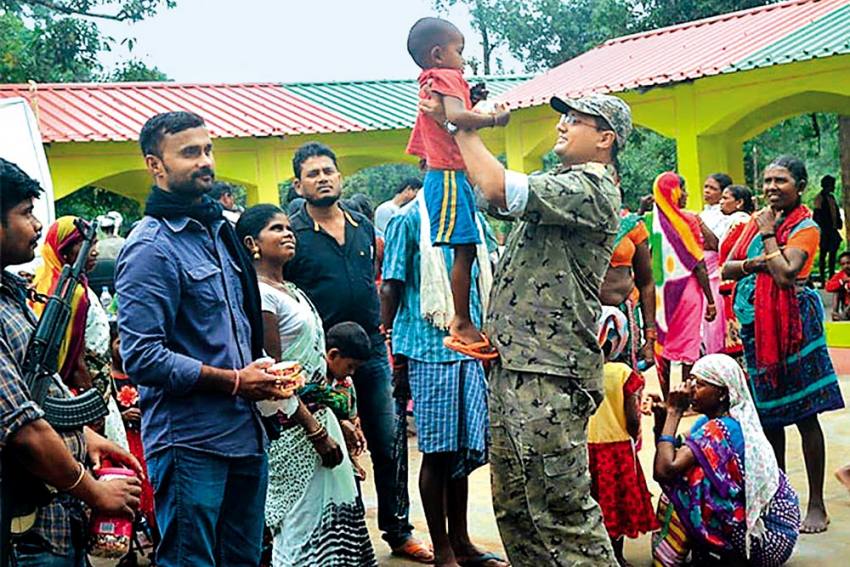 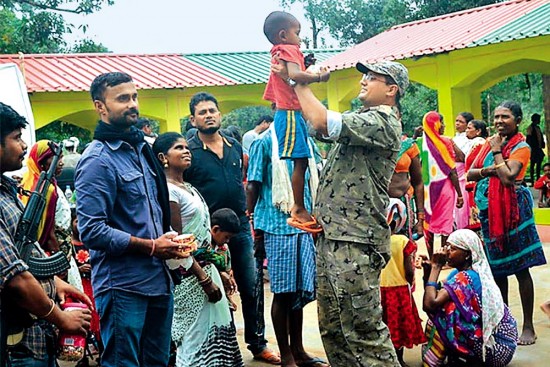 In a region where security personnel are trained to keep emotions aside, Dr Abh­ishek Pallava is a revelation. In March 2017, during a counter-insurgency operation in the heart of Chhattisgarh’s Maoist-affected Bastar, then additional SP Pallava shot Somaru, a Maoist rebel. Stunned peers looked on as Pallava rushed Somaru to a hospital for his gunshot wounds. Pallava again won hearts when in January next year, during another security operation, he entered a dilapidated house to find the ailing wife and malnourished kids of Pohru, a “wanted Maoist”; Pallava ensured that the three were admitted to a nearby government hospital.

The twin cases brought Pallava, a 2013-batch IPS officer now posted as SP in the Maoist heartland of Dantewada, many accolades. However, for Pallava, a post-graduate in psychiatry from AIIMS Delhi, it isn’t these “celebrated incidents” that he holds most dear during his exp­eriment with “soft policing”.

“A year ago, I was on a round when I came across a child who couldn’t walk because of sev­ere deformities in both legs,” Pallava tells Outlook. After convincing the child’s parents that their son’s deformity could be cured, Pallava had the boy sent for treatment to a government hospital in Raipur and then to Hyderabad for physiotherapy. “The boy had rickets because of severe vitamin and calcium deficiency brought on by malnutrition. Today, it’s a joy every time I see that boy running around and playing with other kids. No amount of media coverage can replace this feeling,” Pallava says.

Pallava quit medical practice in 2011. Two years later,  he joined the IPS and chose Chhattisgarh. “I am a trained doctor and it occ­urred to me that by combining my medical skills with policing, I could make a huge difference,” the officer adds.

The task wasn’t easy, though. He realised that locals in the Maoist-dominated areas were ­either “too scared of the police or simply didn’t trust them”. Also, “being a backward area that’s been a victim of insurgency for decades, welfare schemes didn’t always reach the people.” Not just children but even adults were severely malnourished and unavailability of medical aid and suspicion on ‘English medicine’ only made matters worse.

“Since the Bastar region is largely inhabited by tribals, the locals place greater trust in faith healers. So I began reaching out to them to see if a combination of traditional and allopathic medicine would find any takers. And gradually, it did,” he says. But, challenges remained. “Maoists and their sympathisers would create fear among the locals by telling them that we might poison them. Questions like why a cop was giving medicines were asked,” Pallava adds. The turning point came when he treated Somaru and Pohru’s family.

“A delicate trust had been won, but maintaining that trust was more difficult. We ­decided that police personnel who would help me conduct medical camps would be different from those involved in intelligence gathering. No patient is ever asked anything about the Maoists; even if we have inputs of a patient himself being a Maoist or a sympathiser,” Pallava explains. In the past four years, Pallava has organised nearly 100 medical camps. His wife, Yasha Pallava, a dermatologist with a government hospital in Dantewada, also accompanies him.

“Malnutrition is rampant in these parts; mal­aria and skin infections too. Containing communicable diseases is a challenge because of the strong sense of community living among the tribals. But these can be handled if the people do not see us as oppressors,” Pallava says.

‘We Do Not Know How To Feed Our Children’