No Reason To Apologise, Your Honour 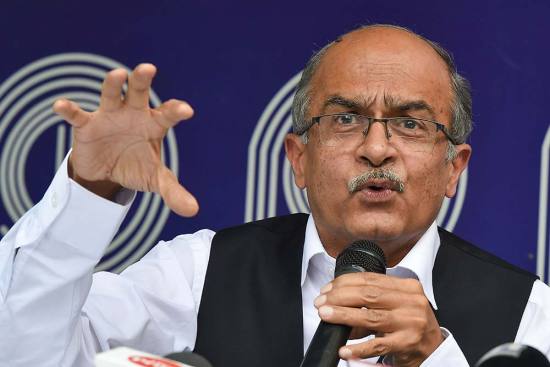 It is difficult to explain what really went on in the Supreme Court, on August 20, as a three-judge bench led by Justice Arun Mishra concluded hearing arguments on the quantum of punishment to be awarded to lawyer Prashant Bhushan, who was held guilty of contempt of court on August 14. After spending nearly an hour rejecting arguments for deferring pronouncement of a sentence pending a review of the conviction, the bench spent the next hour convincing Bhushan on why the court believes it shouldn’t do so.

Bhushan stood his ground, even telling the court that he will not change his statement rejecting an apology over his “contemptuous” tweets against Chief Justice of India S.A. Bobde and on the role of the last four chief justices of India in what the lawyer had dubbed as “dest­ruction of democracy”. Bhushan told the court: “My tweets are nothing but a small attempt to discharge what I considered to be my highest duty… I did not tweet in a fit of absent mindedness. It would be insincere and contemptuous on my part to offer an apology for… my bona fide belief”.