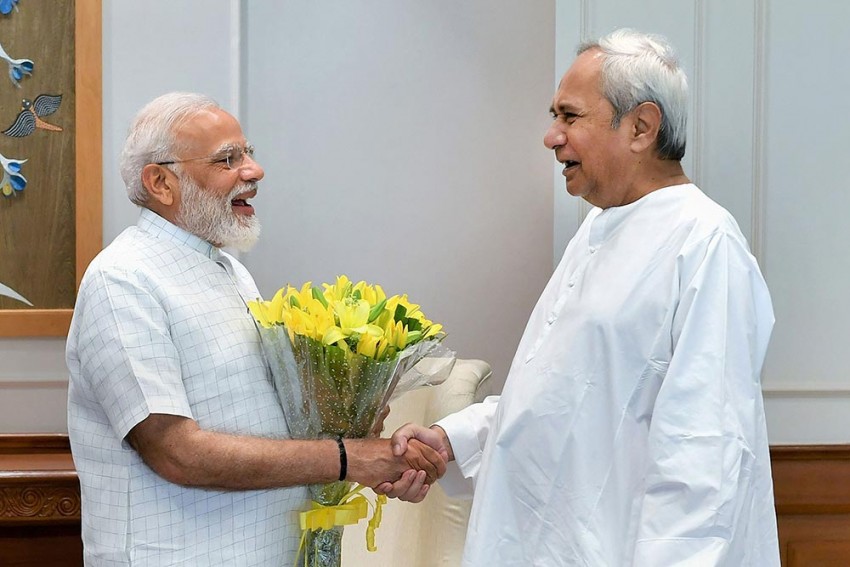 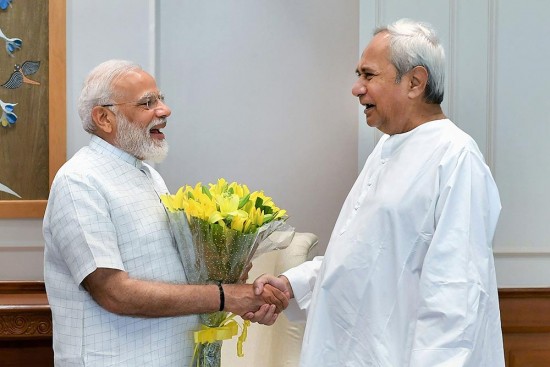 It’s hard to believe they were at each other’s throats barely two months ago. But the BJD and BJP are behaving like long-lost brothers meeting after ages soon after the elections ended and the dust settled. Prime Min­i­ster Narendra Modi and chief minister Naveen Patnaik had traded the harshest slurs and barbs during the poll campaign in April. But no  bitterness was on display during the PM’s visit to the state on May 6, after Cyc­lone Fani scythed through coastal Odisha. A month later, the leaders were all smiles  again as the BJD supremo cal­led on Modi in New Delhi on June 11.

Any residual doubts that the two leaders have all but revived their old relationship, though not formally, were laid to rest on June 21 when the Naveen announced the names of the three party candidates for the upcoming Rajya Sabha elections. One “BJD candidate” was Ashwini Vaishnaw, a former IAS officer who was once the private secretary to PM Atal Bihari Vajpayee.

Eyes popped when Patnaik appeared before media a second time in 45 minutes to ‘clarify’ that Vaishnaw was, in fact, the BJP candidate and his party has decided to support him. The clarification was nec­essitated by a BJP tweet on its official Twitter handle an hour earlier, announcing the name of Vaishnaw as one of its RS candidates. Curiously, Vaishnaw joined the BJP the next morning.

No answers are forthcoming either from Patnaik or his party spokespersons on how the faux pas happened. All that Patnaik offered by way of explanation was that the decision was taken in the “interest of the state”. But the bigger question that has exercised the minds of political observers is why did the BJD have to support the candidate of a party that it is supposedly its rival? After all, with 111 MLAs in the Odisha assembly, it could have won all three Rajya Sabha seats up easily.

BJD goofed up on Ashwini Vaishnaw, but there is a design in the party’s support to the BJP’s nominee for the Rajya Sabha

The surprise decision was, however, certainly not in the interest of the BJD, party leaders admit in private. There was a host of asp­i­rants for the RS among senior leaders who were either not fielded in the simultaneous Lok Sabha and assembly elections in April, or lost the polls. At least two of them—five-time Bhubaneswar MP Pra­sanna Patsani and five-time Berhampur MLA Ramesh C.C. Patnaik. Both lost out in the ticket sweepstakes, though they had been publicly promised RS nomination. So, why did Naveen break his promise, made in front of TV cameras, and sacrificed an RS seat to the BJP?

The answer perhaps lies in Vaishnaw’s role in reworked equation between the two parties­—allies once, foes for some time, and closet friends thereafter. “He was the person who arranged the meeting between Patnaik, the PM and BJP president Amit Shah in Delhi on June 11,” senior BJP leader Damodar Rout says. Though the official communiqué said the two leaders discussed post-Fani rehabilitation and reconstruction and a ‘special focus’ state status to Odisha, it is now obv­ious that the candidature of Vaishnaw figured prominently during the talks. Naveen had made it a point to mention that both Modi and Shah had called him seeking his support to Vaishnaw.

Congress leader Narasingha Mishra att­ributes the BJD’s support to the BJP candidate to Vaishnav’s role as a director in Thriveni Earthmovers—a company owned by Tamil Nadi businessman B. Prabhakaran, which is a key player in the state’s mining sector—and its two sister concerns. The company has allegedly monopolised mining operations in the iron-rich Keonjhar district by handling extraction of ore on behalf of mining firms holding leases.

The Justice M.B. Shah Commission of Inquiry, which investigated the mega mining scam that flourished for nearly a decade after Naveen assumed office in 2000, had severely indicted the company for violation of mining rules. The rules specifically bar any lessee from outsourcing extraction work to another company. At least 14 companies, including Thriveni, were indicted for extraction of ore far in excess of their permitted limits.

In its report submitted to the Union government in 2013, the Shah commission had concluded that the scam was worth at least Rs 60, 000 crore and had recommended a CBI inquiry.

But successive UPA and NDA governments sat on it for six years, deepening the impression that there is more to it than meets the eye. The murmurs have only got louder with the BJP and BJD coming closer.