Hang Your Head In Shame, India; We Failed Stan Swamy

Arresting an old, ailing man like Stan Swamy was in itself controversial. The State requires serious soul-searching if it has to even keep up its pretensions of serving the people. 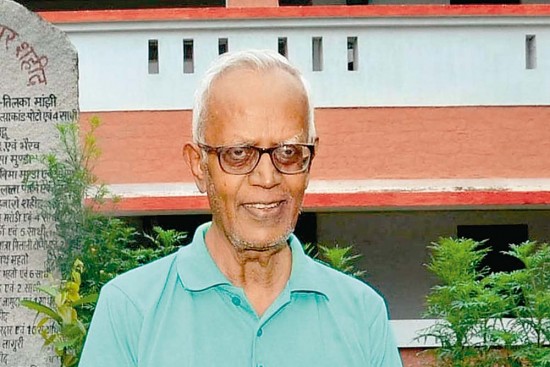 It was an exceptionally bad day at work with too many things to do, which turned infinitely worse for me with the news of the passing of 84-year-old tribal activist Stan Swamy earlier this week. Loved and feted by many for his tireless work among the most vulnerable tribals of Jharkhand, Swamy was old and ailing. His passing can be explained in many ways, but the circumstances preceding his death make it even sadder. Arrested last year in connection with the Elgar Parishad case, which many consider nothing more than a witch-hunt by Maharashtra Police first and subsequently by the NIA, Swamy was in the custody of the State when his end came. And the State, together with our judiciary whose doors the infirm Swamy repeatedly knocked on, badly let him down.

The final days and months of Swamy will remain a reminder to the many things that are so horribly wrong with our system. Picked up and whisked away by the NIA, Swamy’s health deteriorated further during his incarceration. He repeatedly petitioned for help—small mercies, in fact—but came up against a wall of indifference. In a country where several rich and influential convicts have been spared jail sentences for being old, Swamy—an accused, not a convict—drew no compassion. As he lived what would be his last months behind bars, he struggled for small things like a simple sipper and straw that would have allowed him to drink water with relative ease. His pleas grew desperate with time and he moved courts again and again. But he found little succour.

In fact, the news of his death reached while a court was hearing his fresh petition for bail. His passing must prompt the judiciary to ponder whether it has been found to be inefficient, unresponsive, and possibly impotent when it mattered.

Consider this: Swamy moved the courts repeatedly for bail without luck. And when he went to the Bombay High Court, it denied him bail, but allowed for his treatment at his expense even as he was in State custody. This happened when he was in Taloja jail. Already suffering from Parkinson’s disease, Swamy displayed symptoms of Covid, tested positive, and his health deteriorated further.

Arresting an old and gravely ailing man is in itself a controversial measure. But there cannot be any two opinions that Swamy was done in finally by our insensitive system. His final wish was to return to Ranchi and die among his people. That remained a wish.

Now that Swamy is gone, there obviously will be calls for accountability. Among everything else, one needs to ask how an elderly prisoner with serious comorbidities contracted Covid in jail. Did the State actually have any right to keep him in custody when it couldn’t guarantee him the right to life? With so many questions swirling unanswered, the State certainly requires serious soul-searching if it has to even keep up its pretensions that it serves the people. Several high-profile cases such as the one related to the Elgar Parishad ought to be under renewed scrutiny. As with the 2020 Delhi riots, many people—from eminent activists to academics—have been locked up under serious yet unproven accusations. Their legal proceedings are meandering along, while the accused find their lives in limbo.

Swamy’s death is not the first instance of justice being denied in this country because it is delayed. But it stands out still for its mindless insensitivity. An autopsy is needed on how the State and the courts failed Swamy, and we can only hope and pray that there will be at least some in the system who would be adequately ashamed and spurred into action to restore its sensitivity. Until then, the State must live with blood on its hands. And we with our collective shame.

(This appeared in the print edition under the headline "National Shame")