Mutating Into A Political Strain

As coronavirus cases spike across the country, a blame-game ensues between Centre and opposition-ruled states 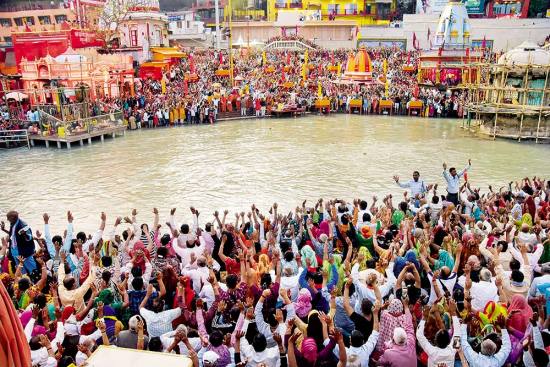 Who knew those little vials had so much political juice in them? That they had the potency to open old wounds in Centre-state relations, question the federal structure of our Constitution and give political rivals a shot to score brownie points? With exploding Covid cases, when all efforts of political leaders, administration and civic bodies should be focused on bringing the curve down, the fight against the pandemic has turned into an all-out blame-game.

The second wave of the Covid ­pandemic has brought with it a war of words between the Centre and all ­opposition-run states—the most ­virulent of them has been the exchange between the Shiv Sena-led Maharashtra government and the Centre. Battling the highest number of Covid cases, Maharashtra chief minister Uddhav Thackeray was forced to announce a ­15-day curfew from April 14, imposing several restrictions in the state.

But Thackeray had to walk a tight-rope as he set aside the differences between his government and the Centre—that go beyond the pandemic—and sought the Narendra Modi government’s help in handling the exploding corona crisis in the state. While he did not mention the vaccine shortage—something that his government has been complaining about—he requested the prime minister for military help in tackling oxygen ­cylinder shortage.

A senior Shiv Sena leader says that Thackeray was careful not to bring up the issue of vaccine shortage in his statement as he did not want to ­politicise the issue any further. “As it is, there is too much bad blood between the MVA (Maha Vikas Aghadi) and the BJP. At this point, the CM does not want to aggravate the issue since...