In Naeem Akhtar, former Jammu and Kashmir Chief Minister Mehbooba Mufti has energy and wisdom by her side 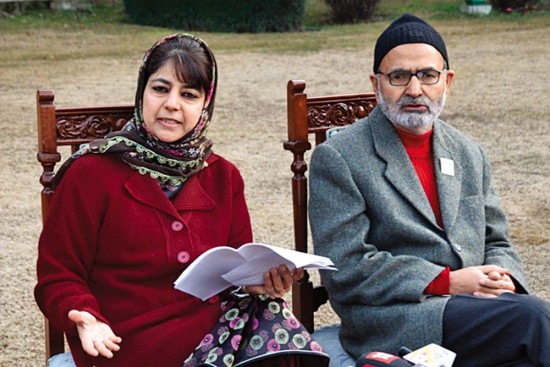 In December 2018, around six months after the break-up of the PDP- BJP government, Mehbooba Mufti visited Patipora village in south Kashmir’s volatile Pulwama. There, she expressed solidarity with members of a militant’s family who were “mercilessly beaten” by the police. Though the Opposition accused her of being sympathetic to militants, Mehbooba was adamant. The suggestion for the visit had come from the PDP’s youth leader Waheed-ur-­Rehman Parra (pic inset). It proved a turning point—Mehbooba drew confidence from the visit, spoke up oftener and signalled a PDP fightback. In May 2015, Mehbooba nominated Parra as the president of the party’s youth wing. A month later, then chief minister Mufti Mohammad Sayeed appointed him political analyst in the CM’s office. During the next few years the leadership came to heed Parra’s suggestions; the 30-year-old from Naira village of Pulwama is now in Mehbooba’s inner circle. Elections: Number Game