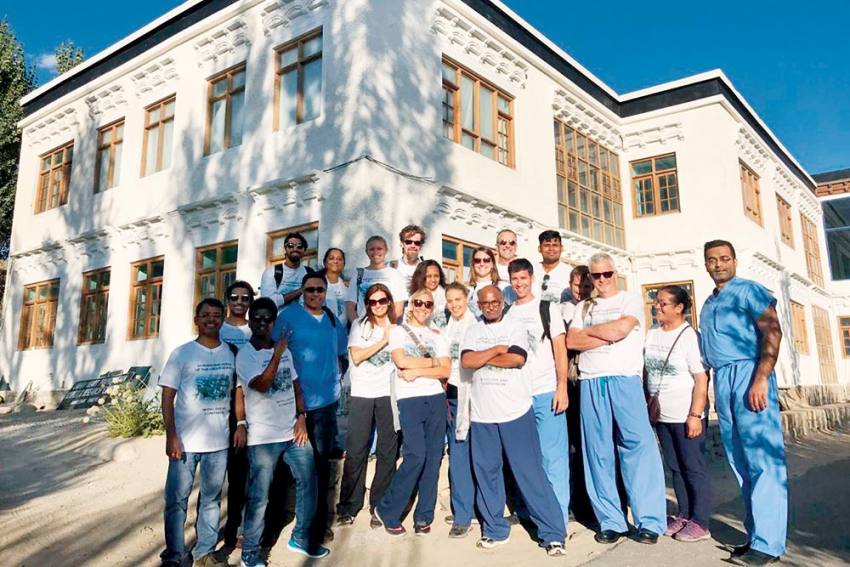 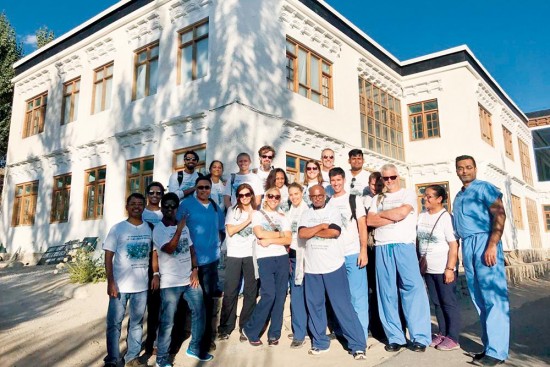 It’s the presence of children in the isolation ward that brings tears to the eyes of Lama Thupstan Chogyal, 49, president of the Lad­akh Heart Foundat­ion. “These children should be playing and enjoying life in the open, under the open sky. And here they are. Their cries are heart-wrenching,” says Chogyal.

Three children—aged two to two-and-a-half years—belong to a family of eight who have been quarantined in the LHF after two members tested positive for coronavirus, especially a 68-year-old-man from Chuchot village, around 20 km from Leh, who had ret­­u­­rned from Iran on February 26 and developed  symptoms of COVID-19.  Thereafter, the typical, centrifugal arc of infections was inevitable.

After the man had fever, he went to a hospital on February 28, tested positive and was consequently admitted to the Sonam Norboo Memorial Hospital in Leh. A few days later, his 28-year-old son had high fever and was hospitalised. On March 11, he also tested positive. As he had no travel history to foreign lands, doctors deduced that his illness was contracted from his father. Initially, officials set up an isolation ward in the hospital itself. Later, they realised that the LHF, located in a sparsely populated area, was a better place.

The Ladakh Heart Foundation was started by Chogyal over a decade ago to address medical—especially heart-related—problems of Ladakhis who live in remote areas. “Now that a new issue has surfaced we thought we should help the government,” says the monk. 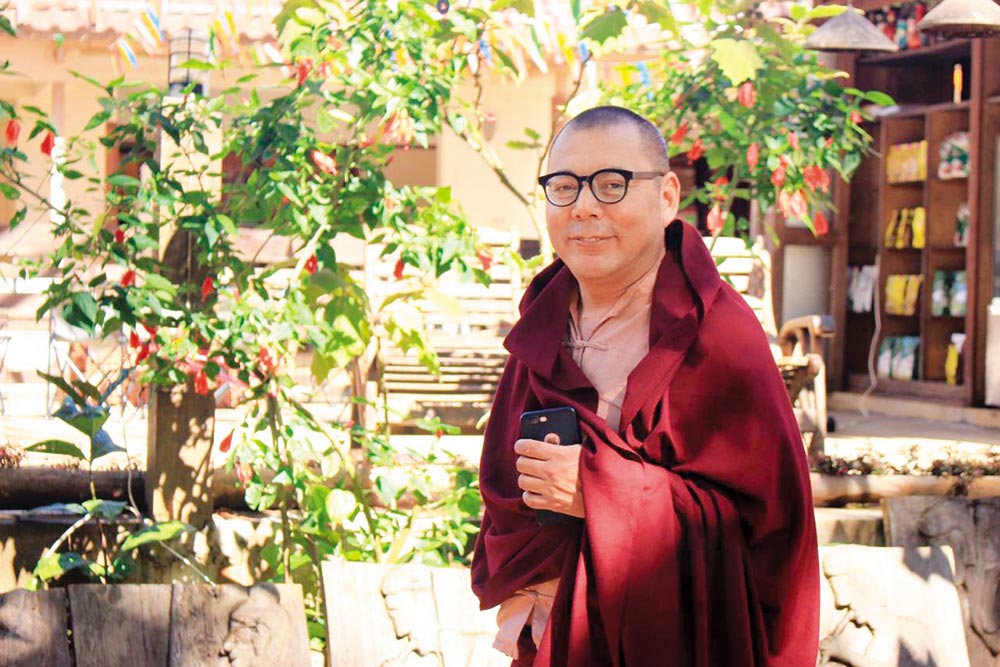 The monk says the region’s health department asked the Ladakh Heart Foundation’s help in setting up an isolation ward. “We have a facility and it was needed for people of Ladakh. The government wanted to run it on its own and we readily acquiesced,” says Chogyal.

The LHF usually has four doctors, mostly volunteers who treat around 500 to 700 people every month; teams of doctors would also travel to reach patients in different villa­ges across the region. That crucial work rem­a­ins suspended. “We closed all operations. We’re doing our bit in fighting coronavirus and have to fight it collectively,” says Chogyal. The monk, who stays in the LHF premises, reiterates his distress as he watches the isolated family from a distance. “I asked a Muslim cleric to talk to these people. He telephoned them one day. I hope he does so again,” he says.

Chogyal, of course, is looking at a microcosm of an impending health crisis: around 1,200 pilgrims from Ladakh, especially from Kargil, are still stranded in Iran and are potentially at great risk from coronavirus. The Lad­akh administration has urged the Centre to quarantine all who might return in Delhi itself. Till then, it is people like the indefatigable Chogyal who holds fort in Ladakh. Indeed, the loving care the gentle monk bes­tows on sick children to mitigate their suffering is well-known.

Work on the Ladakh Heart Foundation began in 1997 when Lama Chogyal was in New Delhi. One day, he visited the Ladakh Buddhist Vihar and saw people from Ladakh, all of them sick and many of them children, struggling with rheumatic heart disease. He wanted to do something. He then sought the advice of a local physician about the cure of RHD. The doctor told him to purchase large amounts of penicillin and distribute it to villages. He also called for proper education about RHD so it could be diagnosed early. “I bought penicillin for Rs 24,000. Then, we went village to village to educate people. I asked my friends settled abroad to help too; gradually, the heart foundation came up.” In recent years, new cases of RHD have almost disappeared in Ladakh.

ALSO READ: Meet The Corona Warriors: How Dr Rakesh Saini Is Up And Close With The Deadly COVID-19 In Jaipur

Chogyal’s resolve in this matter is remarkable—after he sought the help of cardiologists from AIIMS in Delhi, doctors from the top medical institute now hold a summer camp in LHF. Volunteer doctors from several countries have heeded Chogyal’s call too.

One of these dedicated physicians is Sampath Kumar, professor of cardio-thoracic surgery at AIIMS, who moved to Leh to work full-time for the LHF.  “At first we had no Echo machine. Dr Kumar and I went to Delhi and procured it,” he says. They now have around 300 heart surgeries under their belt, besides plastic surgeries and other procedures.

For now, it’s coronavirus that has the monk focused. “It is sad to see the hospital closed. But at the same time I feel happy that it is part of a larger battle the whole world is fighting,” says Chogyal. “Like other diseases, we will triumph over it.”

Meet The Corona Warriors: Mridula S. Sree, The Rookie Nurse Who Treated A Wuhan-Returned Patient In An Isolation Ward

Meet The Corona Warriors: From Handling Trauma Victims To COVID-19 Patients, Abdul Rehman Has Carried Them All

Meet The Corona Warriors: Indra Gupta, The Sarkari Doctor Aspiring To Keep Jaipur In The Pink Of Health

In Pics: Life In The Time Of Coronavirus

Down, Down, Down! Why Coronavirus Will Lockdown Indian Stock Market Indefinitely