As many as 324 passengers were flown back in the first mission from Wuhan while 323 Indians and seven Maldivian nationals were evacuated on the second flight. Amitabh Singh was part of both rescue missions 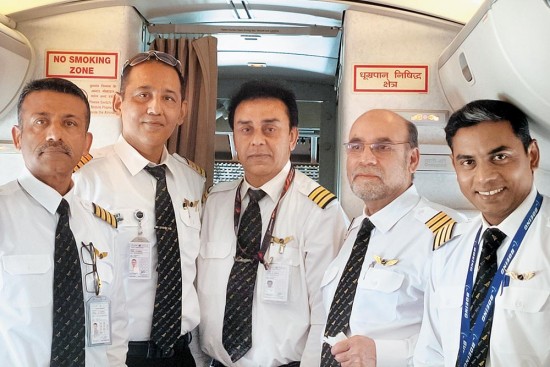 As the Air India flight descended into the Chinese city of Wuhan on January 31, Captain Amitabh Singh (in picture below, first from left) could not beli­eve the sight below him—a brilliantly lit modern metropolis, but without any signs of life. It was as if he was flying into an apocalypse. “Total silence with no radio chatter… an airport blanketed in darkness with all aircraft locked up. Not a single human or vehicle on the roads,” he recalls. For the former director operations of Air India and one of the most experienced PIL­ots in the national carrier, it was en experience as eerie as they come.

When the government decided to evacuate all Indians stranded in the COVID-19 epicentre of Wuhan—by then under lockdown—it fell upon Singh to lead the two rescue planes that would fly into the Chinese city and bring people back. But Singh and the 68 members of the two rescue teams were informed just a day before the first flight took off. The second mission was on February 1. Singh was one of the two Air India officers who were part of both missions. As many as 324 passengers were flown back in the first mission while 323 Indians and seven Maldivian nationals were evacuated on the second flight. “We were to fly in, evacuate and fly out, keeping everyone safe.” But it was not as easy as it sounds.