Farmers in Punjab welcome direct payment for their produce bypassing commission agents. Their protest against the new farm laws is no deterrent. 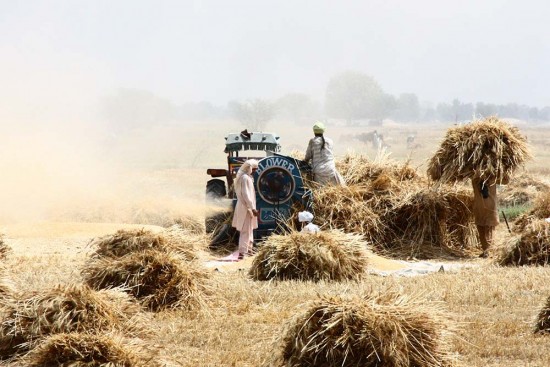 This is a paradigm shift for farmers—from a system prevalent particularly in Punjab, Haryana and Western Uttar Pradesh since the beginning of the open-ended, assured procurement of foodgrain (especially wheat and paddy) at the minimum support price (MSP) in the mid-1960s, to another based on direct benefit transfer (DBT), that entails payments only through the accounts of farmers. The Centre asked all states to adopt DBT, and now Punjab, after some initial reluctance, has joined Haryana and UP in implementing it. This has changed things drastically for Punjab’s 10.53 lakh farmers as well as its 33,000 arhtiyas (commission agents or middlemen). The new system has been adopted even as farmers, largely from Punjab and Haryana, are protesting on the borders of the national capital against three farm laws passed in Parliament last year. The protestors say these laws are detrimental to the interests of farmers.

In 2011, Sukhpal Singh, professor of economics in Ludhiana-headquartered Punjab Agricultural University, did a study on the non-institutional debt of farmers in Punjab. Loans from arhtiyas formed a major chunk of that debt. He suggested that the system be changed so that farmers get payment directly for their produce and the problem is weeded out. Now that DBT has been implemented, the professor says things are not quite encouraging. “Though farmers are happy getting payments directly in their accounts, this change should not become part of a long-term design aimed at implementing the three farm laws that farmers oppose,” says Singh, adding that an initiative of implementing mandatory farad (property documents) at the time of sale of farm produce is ready and the Centre has conveyed to the Punjab government that there would be no extension beyond the upcoming kharif (paddy) procurement.