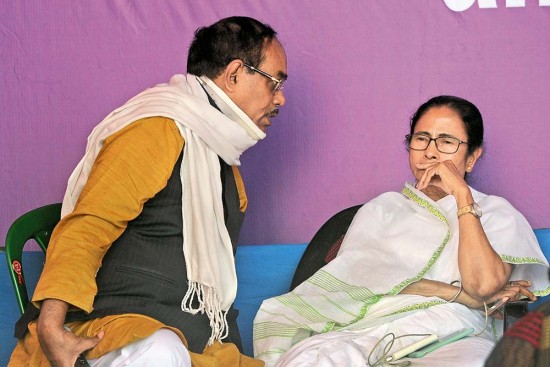 Epang opang jhopang, reads a limerick penned by Trinamool Congress supremo and West Bengal chief minister Mamata Banerjee. The words are gibberish but in the book of rhymes for children called Ajob Chhora they are meant to be precisely that. The limerick, perhaps, opens a window to the workings of the maverick leader who appear to seek order in the chaotic world of Bengal politics. Or look for a common thread in the diverse voices of her inner coterie, to guide the Trinamool Congress through the hurly burly of governance and elections. Elections: Number Game

Every evening, as Banerjee—most prefer to address her as Didi—retu­rns to her Kalighat home in south Calcutta, the Trinamool boss’s backroom men and women troop in one by one. But before all that, her Man Friday for many years, Manik Majumdar, 75, comes in with a piping hot cup of her favourite Darjeeling tea and ‘jhalmuri’—puffed rice garnished with onions and green chillies.