Actors as election candidates...Bengal’s entertainment industry has never been so political until the Trinamool and BJP emerged as dominant forces in the state 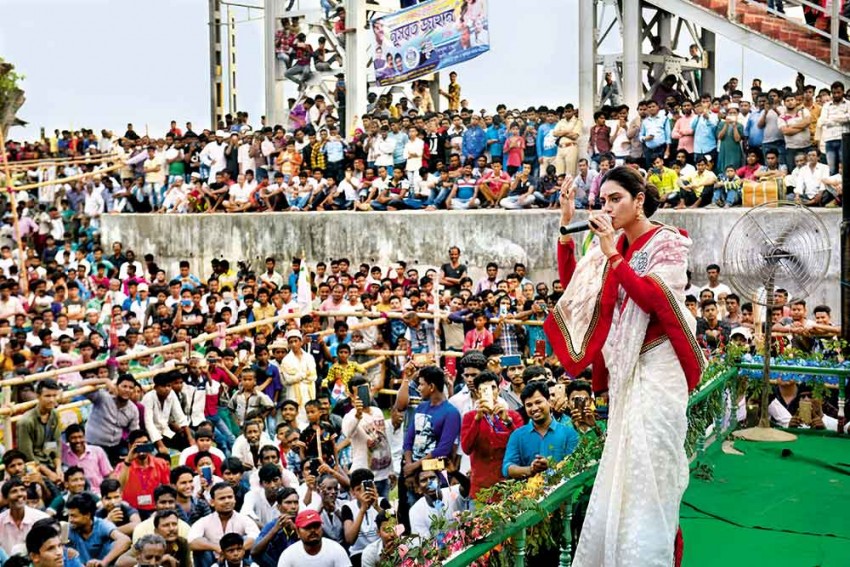 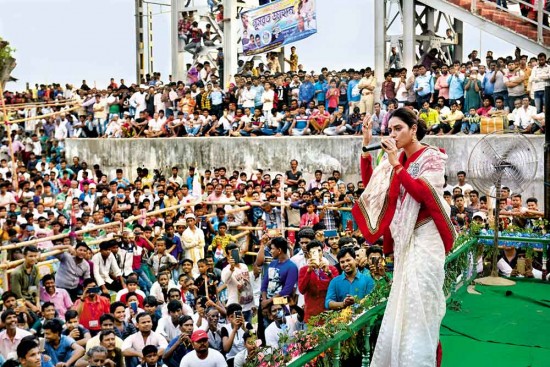 “It’s hands over Tollywood”, declares filmmaker Saibal Mitra, alluding to the political meddling in the film and television industry of Calcutta. Referencing Fran-cesco Rosi’s film Hands Over The City (1963), he explains that the ruling Trinamool Congress (TMC) has a stranglehold on the entertainment world. Most producers and distributors have aligned with the party, as have artistes and technicians. Those who have different leanings are either forced to toe the line or marginalised.

Given cinema’s influence on the masses, political parties have always courted the industry. In the early 1980s, when the Left was in power, artistes and technicians unionised under guilds. During elections, prominent film personalities joined campaigns in support of the party’s candidates. A few actors like Anup Kumar, Anil Chatterjee and Biplab Chatterjee even contested elec-tions. “But the regimentation that is now in place was not seen in those days,’’ observes Saibal. Aniket Chatterjee, a filmmaker, claims that nowadays, the guild is under the tutelage of TMC leaders, whose influence is all-pervasive. Industry insiders echo his statement. The guild’s writ is effectively binding on all members of the industry, and failure to conform might lead to abrupt cancellation of a shoot and other such issues. 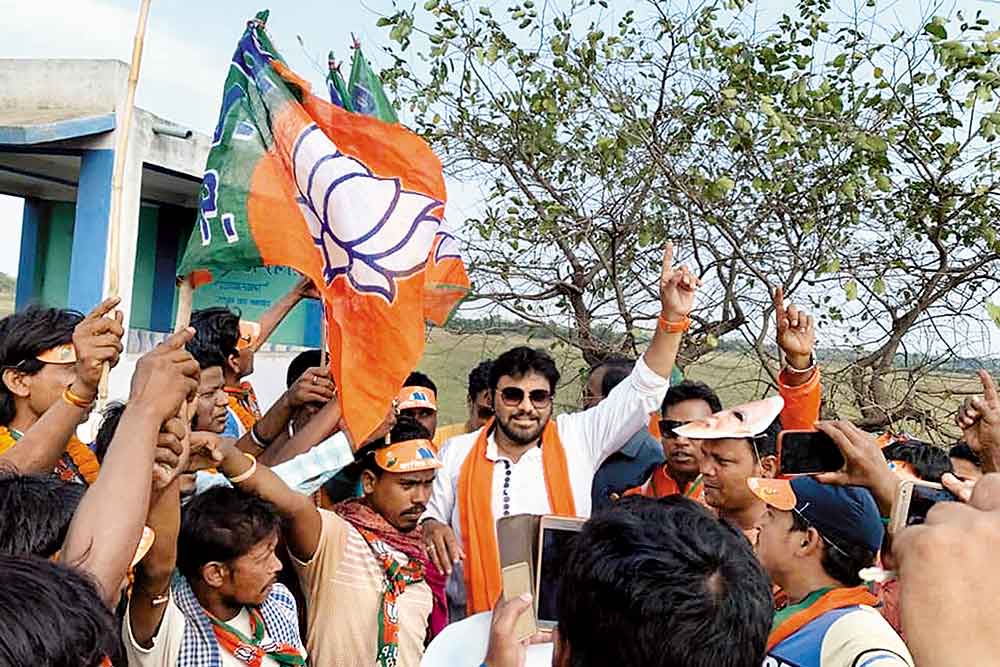 In February this year, Anik Datta, who made his directorial debut with Bhooter Bhabishyat (2012), had to face their wrath. The police allegedly barred the screening of his latest film, Bhobishyoter Bhoot, a comedy rich with political innuendo, and the Supreme Court had to intervene to allow distributors to screen it. While the film ridicules a gamut of ideologies and parties, it especially targets Trinamool. “I never found out who was actually behind this,’’ says Datta. He explains that while there have always been political differences in all societies, social media has made debate more raucous and people end up being slotted in labels. “There is a tendency to gang up against those with opposing views, but it does not bother me,’’ he declares.

From the 2009 Lok Sabha election onwards, Tollywood stars have often loomed over political battles. The TMC fielded two actors, Tapas Pal and Shatabdi Roy, in 2009 and both won. In 2011, the crucial state assembly election saw actors Debashree Roy and Chiranjeet defeating Left candidates in the latter’s strongholds. Dev, Sandhya Roy and Moon Moon Sen joined the list of celebrity MPs in 2014. The BJP soon caught up with the trend of sprinkling a touch of glamour on politics. It fielded Bappi Lahiri, Nimu Bhowmik, Jay Banerjee and magician P.C. Sorcar Jr, but all of them lost. This time, the TMC has given tickets to two new faces, Mimi Chakraborty and Nusrat Jahan, and dropped Tapas Pal and Sandhya Roy. The BJP has continued with Jay Banerjee and brought in Locket Chatterjee. Roopa Ganguly and George Baker had earlier joined the BJP and were norminated to the Rajya Sabha. Thus, both the TMC and the BJP are mobilising popular support with the glam quotient of Tollywood.

In this highly polarised milieu, there is a third force—those who want to stay away from partisan politicking. Soumitra Chatterjee, Aparna Sen, Buddhadev Dasgupta, Tarun Majumdar and Kaushik Sen are among the celebrities who led protests against the unofficial ban on Bhobishyoter Bhoot. Some of them were also critical of the Left in the last years of their rule. “I am not a leftist in the strict sense of the word,” clarifies Anik Datta, “but I don’t want to deal with the daily humiliation that is handed out to members of the industry. I prefer to live on my terms.”

(The writer is a Calcutta-based political commentator)