Politicians And Their Look-Alikes

They look similar,their voice is perfectly modulated them and they even impersonate them. Meet lookalikes of our netas. 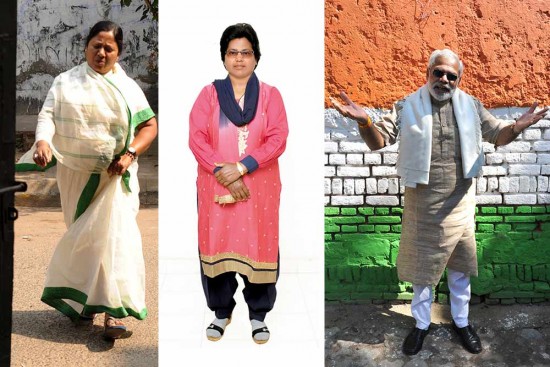 What if you woke up one day, got ready for work, and ran into yourself at the bend of the road? Would you hug your other self, or run? When Poe’s William Wilson finds his double tailing him at boarding school, he jabs a knife into him, only to find he has stabbed himself. When Nabokov’s Despair has a doppelganger switching identities to murder his twin and claim his own life insurance—a foolproof crime till the mind starts playing tricks. Clearly, in literature, meeting your look-alike for coffee is not the brightest idea. But there’s an entire world out there, inhabited by six others who look exac­tly like you—what if at least one has seen you, perhaps in the rabbithole of social media, and earns a living pretending to be you?

Saharanpur’s Abhi­nandan Pathak is a spitting image of Prime Minister Narendra Modi. Ask him about living in the shadow of the Ubermensch—the answers sound straight out of a sci-fi novel. “If Modiji was Ram, I thought of myself as Laxman,” Pathak says. After 2014, Pathak got his own spree of selfie requests. It’s uncanny…the same shining white hair, the gait seamlessly adopted, the voice perfectly modulated. Passersby do a double-take at ‘the PM’ addressing a modest crowd, at Jantar Mantar of all places. “Bhaiyyon or beheno! Kya achhe din aaye?” he asks.