Life And Death In Time of Corona: When Arthisha's Birth Helped Tide Over Pregnancy Complications

Amidst lockdown, for this Bengal couple the birth of their daughter ahead of schedule ended weeks of anxiety. The celebrations can wait now 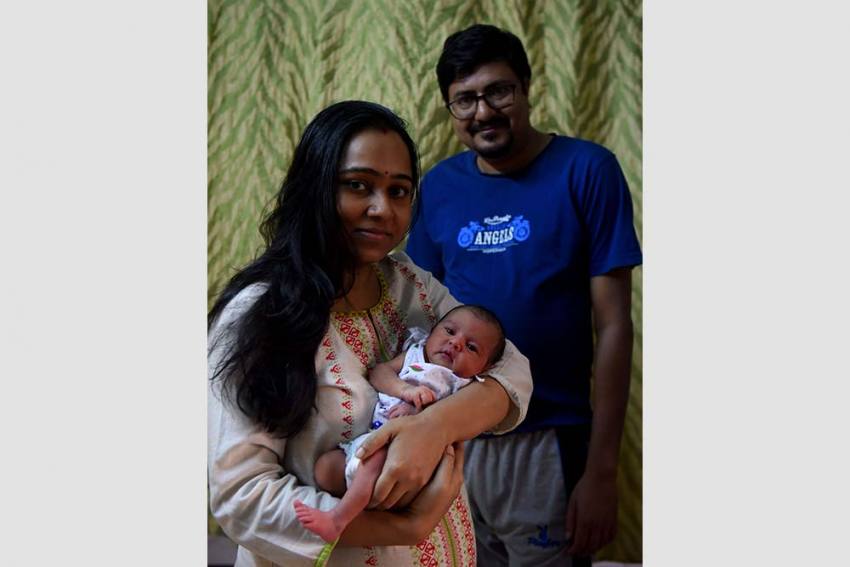 Preetha Nair May 01, 2020 00:00 IST Life And Death In Time of Corona: When Arthisha's Birth Helped Tide Over Pregnancy Complications 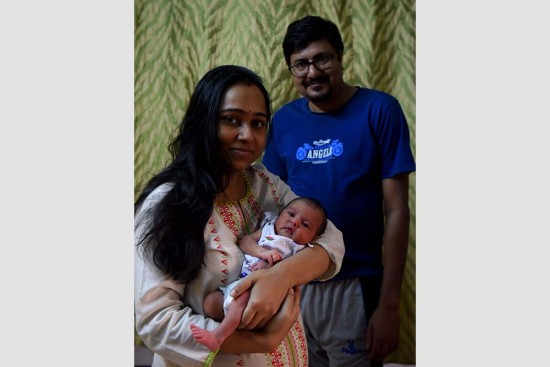 True to her name, week-old Arthisha has brightened the world of her parents amid the gloom and despair brought about by the insecurity of the pandemic. Bringing Arthisha into the world wasn’t a smooth ride for Piyali Chattopadhyaya, but the newborn’s sudden, toothless smiles have helped the mother to tide over all the tumult. “Arthisha means ray of light. We hope that the world will rediscover purpose and happiness soon, just the way my daughter changed our lives,” beams Piyali.

“Though there was the uncertainty of not having the familiar doctor during labour, we were extremely lucky to get the admission on time.”
Partha Pratim Chatterjee

It was during the last leg of the pregnancy that her hometown Naihati near Calcutta was locked down along with the rest of the state. Her regular checkups were cancelled as the gynecologist discouraged Piyali from visiting the hospital because of the risks involved in getting exposed to infection. The crucial last trimester was riddled with anxiety as basic tests such as blood pressure and ultrasound were not done, she says. “It was a nerve-racking experience as there were slight complications during the pregnancy”. Though the expectant mother raised the concerns with her gynecologist, she was told to go either to a nearby government hospital or to wait for a week for the next appointment.

The family was in for some anxious moments when Piyali went into labour on April 23, before her due date. Her husband, Partha Pratim Chatterjee says that they got lucky after a private hospital agreed to admit his wife. “Though there was the uncertainty of not having the familiar doctor during labour, we were extremely lucky to get the admission on time,” says Partha Pratim, a researcher with the higher education department.

With no relatives and friends around, the first-time parents are missing the celebrations for the birth of their first-born. “Relatives have seen the baby’s photos on WhatsApp,” says Chatterjee with a smile.

Life And Death In Time of Corona: Home Alone When She Breathed Her Last