Women continue to remain in the shadows of men in Indian politics. Priyanka Chaturvedi reveals the lopsided world and why reservation for women is only for the books. 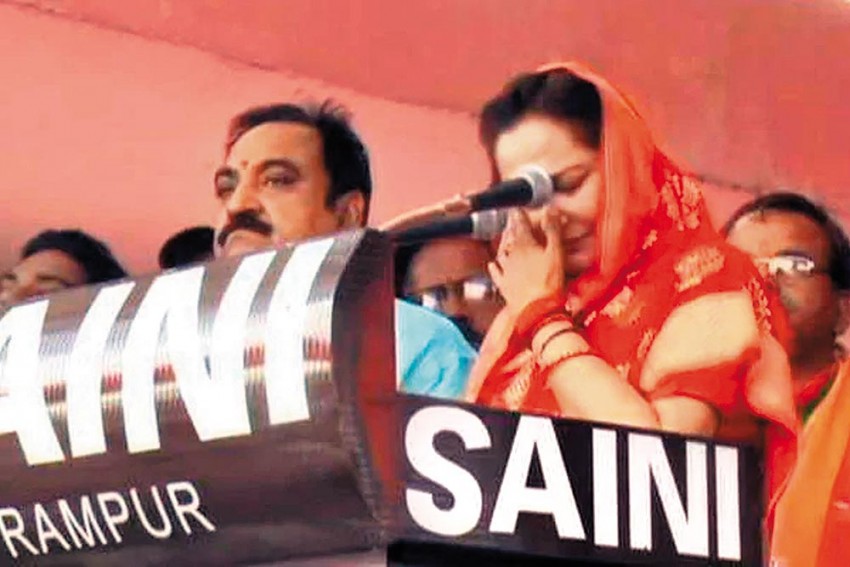 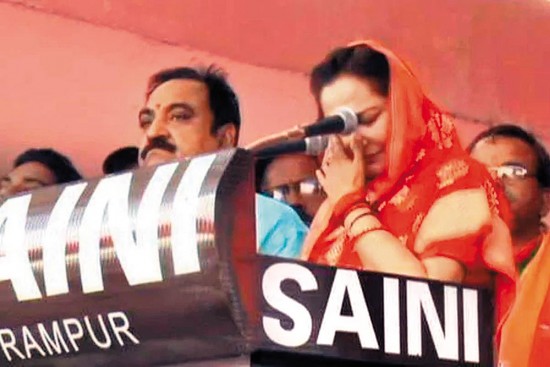 Every five years, close to the general elections, the deb­ate over having more women representation in ticket distribution and in Parliament begins in all earnest and with the hope that this time would be different. Only for people to realise that more things change the more they remain the same. When it comes to deciding candidates, it is the women, yet again, who are left out. Is it the political organisation’s inability to have faith in women to deliver results or is it because women are missing in the core decision-making bodies of most political parties? It is a mix of both.

The story continues in the 2019 general elections, in which we have seen a mere 11% of women candidates in the first three phases. So, is 33% reservation for women merely a lip service? Clearly, it is for political parties across the spectrum to deliver on this. However, at the regional level, two poli­tical parties have managed to deliver on their commitment to field more than 33% women candidates.

There are enough statistics to show that, on one hand, women are turning out in large numbers to vote and, on the other, they haven’t been able to find equal representation in Parliament or assemblies. In 2014, out of 670 women candidates in the fray, only a tenth of them were elected. Despite an increase in women representatives, their numbers stood at 67 of 543 MPs, an overwhelming nine of ten parliamentarians being men. At 12.6%, women’s representation in our Lower House is below the world average of 24.3%.

Whether it is personal ambition or aspiration, why should any woman be made to feel guilty about it?

Once we understand where women stand in terms of representation in a heavily male-dominated arena we would be better placed to understand the struggle a woman goes through to be able to make a career in politics. She has to work doubly hard to be able to compete with her male peers. It is a constant struggle with no set work hours, no fixed work days and above all, the uncertainty of the career itself! A woman choosing to fight this head-on and move forward in her political role is alw­ays seen as someone who got things too soon with an implied connection to some god father or “compromise” (a word heavily laden with sexual innuendoes).

That is why we do not see a huge jump in women participation in political space and at many times women dropping out from the cut-throat race to less risky career choices. If the woman leader does manage to wade through all these challenges, she has to constantly face sexist and misogynistic comments. What is striking is that political parties have no internal redressal mechanism to address issues of harassment.

The prevalent culture in political space is a reflection of how we treat our women in society; casual sexism in everyday conversations has strong references to women being the weaker link in the system, any reference to them is a sign of weakness, the “haath main chudi nahin pehni hain” (I am not a woman wearing bangles) example being the most common of it all. Many male netas make sexist comments in their speeches or attack women rivals with personal slander.

I write this as I begin a new journey with the Shiv Sena, a party closely associated with Maharashtra and, which has 50 women corporators out of their 91 elected to the Mumbai Corporation, doesn’t rele­gate women to a separate wing and, last but not the least, ensures not just mere representation but women in leadership roles, working shoulder to shoulder with their male counterpart right down to district/assembly/ward levels. The party through its youth wing, focuses mainly on young women, is training over 30,000 girls to be independent by imparting them with self-defence classes, providing free sanitary napkins to girls in schools, empowering women through SHGs, and also ensuring that societal mindset of how boys perceive girls at a young age changes too. The journey for me has just begun and it is only going to move towards more participation and emancipation of women.

As the struggle continues, it is time parties take the leap of faith and give Indian women bigger and better roles in political leadership. Thirty three percent, if not equal representation, should be the norm. Let our women not be silenced because of trolling, let our women not stop because of the barriers created. Glass ceilings have been long broken, time we reclaimed these spaces without the fear of being judged. Whether it is ambition or aspiration, why should any woman be made to feel any guilt for it?

(The author is a Shiv Sena leader)

Women In Politics: Sumalatha Ambareesh Is No Stranger To Politics