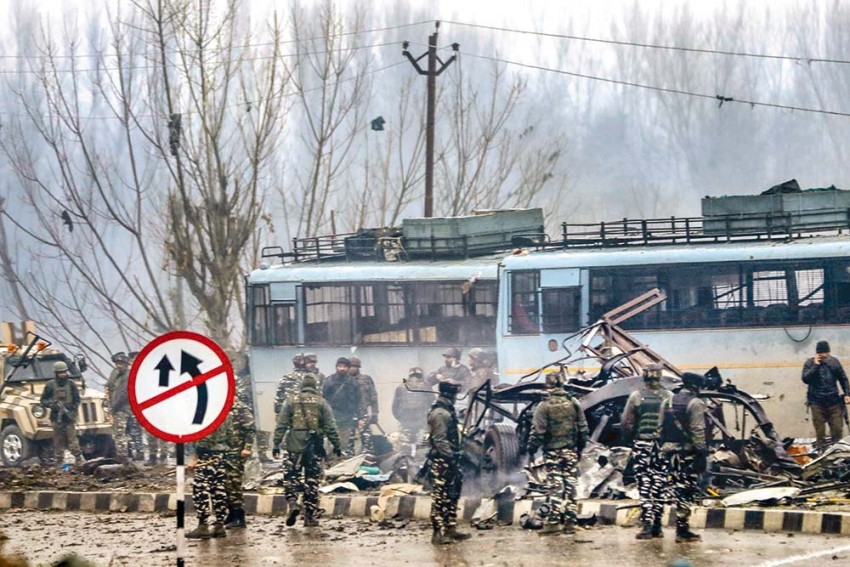 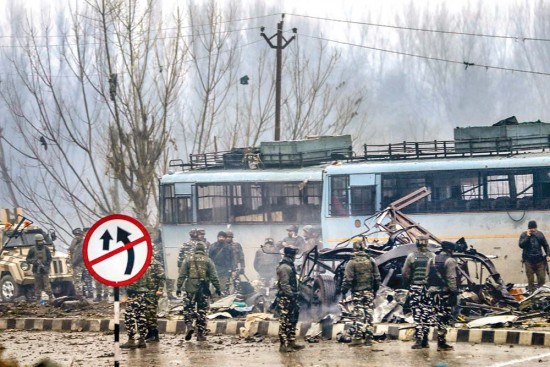 A month since the Pakistan-sponsored terror attack on the CRPF convoy in Pulwama, followed by India’s air strike on a Jaish-e-Moh­ammed camp in Balakot, it is time we examined the motive behind the attack, in order to strategise for the future. Pulwama was a well-conceived attack, masterminded by Pakistan’s deep state with a wide range of possible motives: a spectacular counter-attack in response to Operation All Out in Kashmir could show India’s political leadership in poor light and hurt their re-election prospects, derail the democratic process in Kashmir, and rein in Pakistan’s political leadership that had begun to divert attention from national security to economic revival. It could also herald Ghazwa-e-Hind (holy war against India), timed with the announcement of withdrawal of American troops from Afghanistan, besides avenging the killing of Jaish chief Masood Azhar’s nephews and demonstrating that he is still in control.

Pakistan has been uncomfortable ever since PM Narendra Modi took office. Starting with the invite to then Pakistan PM Nawaz Sharif for Modi’s swearing-in, India’s rapid rise in international stature and improved relations with Saudi Arabia and UAE have been causing severe consternation to Pakistan’s military and the deep state, which get perturbed by the influence India’s leadership might have on Pakistan’s politics and people. Similar disquiet was seen when Atal Behari Vajpayee and Nawaz Sharif were PMs, and even earlier. The December 2018 ass­embly polls in five states may have given a sense that Modi’s position is weakening, and the Pulwama attack could have been designed to portray his leadership in poor light and hurt the BJP’s chances of being voted back to power.

The attack in Pulwama may well have been ­designed as a sort of ­preemptive strike to disrupt elections in Kashmir.

Mid-February was perfect timing, with a reduced scope of India retaliating due to the snow-covered mountain ranges along the Line of Control (LoC) in Kashmir and Ladakh. A weak or non-military response when the election pitch is picking up could undo much of the achievements of the past five years. Pakistan’s strategic calculation on India’s res­ponse went awry; they had not expected India to use air power, nor gauged the kind of int­ernational support India could muster. What bearing this would have on the elections is anybody’s guess, but what is more important is to watch the deep state planners in Pakistan, who would, by now, be back at the drawing board with a vengeance, armed with new lessons.

Attempts to derail the democratic process in Kashmir have been a consistent policy for Pakistan. Let’s recall the run-up to the assembly elections in 2014, when there were attempts to push in landmines and other weapons across the LoC. Closer to the elections, two groups of specialised terrorists were eliminated by India’s security forces. It was no coincidence that the GPS of the first group was leading towards a Kashmiri Pandit camp, and the second towards Uri 1 hydel project, both targets of high symbolic value—one reintegrating the Kashmiri society, and the other economic. This attempt at destabilisation failed, and we saw a high voter turnout in an election widely hailed as free and fair.

Soon after, separatist leaders and overground workers organised sustained street protests and stone-pelting, disrupting democratic governance. The Pulwama attack may have been similarly ­designed as a preemptive strike of sorts to disrupt elections, with an assumption that the action-reaction in its wake would create a fear psychosis, making it ­unconducive for people to come out and vote. India’s strong response, directed at terrorist targets in Pakistan, has conveyed a fitting message on its ability to ­secure its people.

Likewise, actions taken specifically against separatist leaders for seditious activity and supporting terrorists are certain to curb the prevalent ‘free for all’. The true test of popular choice in Jammu and Kashmir is the assembly elections. It is important to create conditions where people feel secure to come out and vote without a sense of fear or coercion.

Pakistan is going through a severe economic crisis­—its national debt is around $100 billion, and foreign exchange reserves as low as $15 billion. It is reaching out to various countries to secure aid and negotiate a bailout package from the IMF. The stringency of terms and conditions of Chinese inv­estments are beginning to get clearer. There is an apprehension that the economic crisis may provide justification for cutting down military expenditure and imposing checks on Fauji Foundation, the Pakistan military’s commercial arm.

The choice of getting a local youth inspired by the jehad in Afghanisatn to execute the suicide mission merits concern.

In order to ward off such a possibility, a sensational terrorist attack and consequent Indian response could help get the focus back on the India threat and Kashmir narrative. Complemented by active propaganda, the domestic mood can be manipulated to swing into a religious-patriotic fervour, willy-nilly ­favouring the military. The early morning ISPR ­official tweet following IAF’s Balakot strike and ­frequent media briefings give an indication of this. Internal power rivalries have been deflected through war and terrorist acts against India in the past. India needs to consciously work out its contingency plans against this landscape.

The US determination to withdraw from Afgha­nistan and exclude the country’s government from talks with Taliban has lent a certain cockiness to Pakistan’s military leadership. Taking up  Ghazwa-e-Hind in sync with the US withdrawal from Afgha­nistan makes strategic sense for the deep state. With this move, the military leadership’s preeminence continues, and the military-jehadi machinery gets a renewed mission, with ‘strategic assets’—i.e., terrorists—getting diverted against India.

The Pulwama fidayeen Adil Dar’s video message, released immediately after the attack, highlighted ‘Islamic caliphate’ as the motive. This ideological mutation from ‘azadi’ to ‘caliphate’ is cause for introspection.

Through 2018, Operation All Out resulted in the killing of a significant number of terrorists. The Pulwama attack may have been planned as a dramatic counter against the security forces to regain lost ground and show that terrorists have the upper hand. This motive may have been reinforced by the desire to avenge the killing of the Jaish chief’s nephews, which could, to an extent, nullify reports that he is ailing and losing control. The sudden spurt in IED-related incidents in the couple of months preceding Pulwama was an indication of this. The choice of getting a local terrorist to execute the suicide mission, motivated by the caliphate and inspired by the success of jehad against the US in Afghanistan, merits concern and attention.

After Pulwama, the deep state in Pakistan will further seek opportunities from the intransigence of China and ambivalence of Russia. US withdrawal from Afghanistan shall be leveraged for preeminence in Pakistan’s internal dynamics to create more trouble for India. Kashmir will seem like low-hanging fruit, even as efforts are made to try dubious manoeuvres in the guise of benign actions like opening the Kartarpur Sahib corridor.

For India, efforts to divide the unholy alliance of adversaries should be foremost. India must get more actively involved in the unfolding future of Afgh­anistan. The political will demonstrated after Pulwama has to be sustained, looking beyond conventional means without becoming predictable. This is an opportunity for India to focus on a political resolution of Kashmir internally. India’s primary aim for Kashmir must be ‘integration’ and not ‘special status’, which impedes a two-way dynamic process. India’s political leadership is at test and tough decisions are imperative.

With Gurmeet Ram Rahim In Jail, Dera Followers Are Unsure Of Which Party To Support