For the moment, the Lakhimpur Kheri crisis appears to have been defused. However, this may not mean much relief for the Yogi Adityanath government in the state. 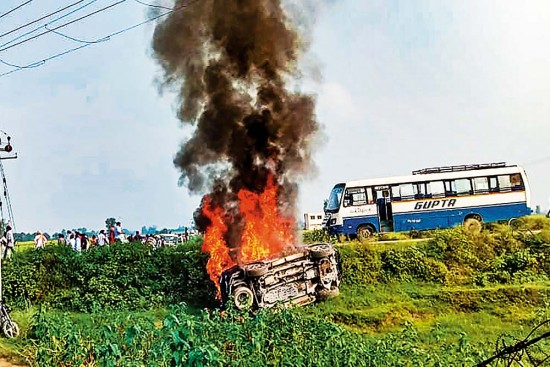 Months before the Uttar Pradesh assembly elections, the Yogi Adityanath government was forced into fire-fighting mode after a vehicle allegedly driven by Union minister Ajay Mishra’s son mowed down four farmers agitating against three farm laws and a retaliation by the protesters left four more people dead in Lakhimpur Kheri in north-central UP. The minister denies involvement of his son Ashish.

The events on October 3 sparked protests by farmers in the country’s most populous state, and Opposition parties were quick to pounce on the issue that could potentially give them a toehold in a state that has been a BJP stronghold. The protesting farmers are accused of torching vehicles and lynching two BJP workers, besides a driver and a scribe.