K.Y. Baby, a staunch CPM worker for three decades, believes his party will turn the tables on its rivals. 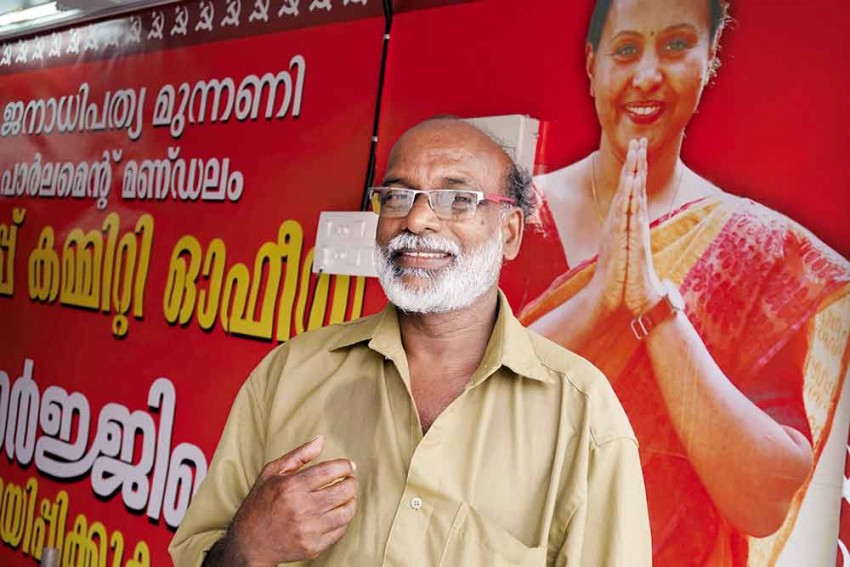 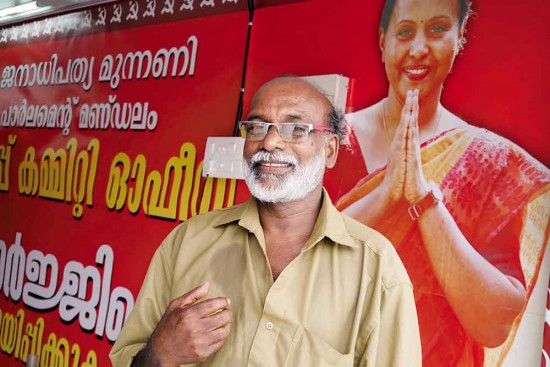 In the sweltering heat, he gets out of his autorickshaw and walks to the shade of a jackfruit tree, wiping the sweat off his brows. His khaki shirt is soaked. Since morning, K.Y. Baby has been busy putting up CPI(M) flags and posters for the much-awaited meeting in the evening in the heart of Pathanamthitta town. The constituency has drawn national attention since the Supreme Court verdict allowing women under 50 to the Sabarimala temple.

The Congress-led UDF’s MP Anto Antony, the CPI(M)-led LDF’s MLA Veena George and senior BJP leader K. Surendran are all out there, campaigning. While many feel Pathanam­thitta is the BJP’s only chance to open its Kerala account in the Lok Sabha elections, workers of all three parties claim victory in this constituency where communal sensibilities could conflict with party loyalties. Baby, a staunch CPM worker for three decades, believes his party will turn the tables on its rivals. “Pathanamthitta hasn’t been our party’s stronghold, but this time it will be different,” says the 57-year-old. “Veena is our best bet. She has performed well as an MLA.” In the assembly, Veena, a former journalist, represents Aranmula, which is within the  Pathanamthitta constituency.

“If not for the party, I would not have been able to make a living as an autorickshaw driver in this town,” says Baby, who lives with his homemaker wife, a son and a daughter. Sporting a pruned, white beard, he says working for the party fills his heart with joy. “I know my limitations as an ­individual, but I am happy to serve my party in whatever little way I can,” says Baby, who believes the CPI(M) has protected and provided for many like him, who would all like to do what he does for the party.

“Balancing party work and earning a living is not easy, though,” Baby admits. Come elections, he leaves everything else for party work. In the morning, he goes around the town putting up flags, pasting posters, and making sure everything is in place if there is a public meeting. Like when Sitaram Yechury, CPI(M) general secretary, will be addressing party workers.

On evenings when there is no public meeting, Baby does house campaigns—meeting voters and trying to convince them to vote for Veena. “She is articulate and will be able to raise our issues in the Lok Sabha,” says Baby.

Baby believes the Sabarimala issue will not influence voters as the BJP claims it will. “By now, the people here have ­understood why the LDF government took a strong stand on the issue,” he says.

The midday sun is acrimonious. There is a glint in his ­bespectacled eyes—one of gratitude as well as hope, that this election may bring in glad tidings for his party.