With presence of Muslims and Bajrang Dal members, North-east Delhi has always been a raw nerve and Delhi Police haven't done enough to soothe tension 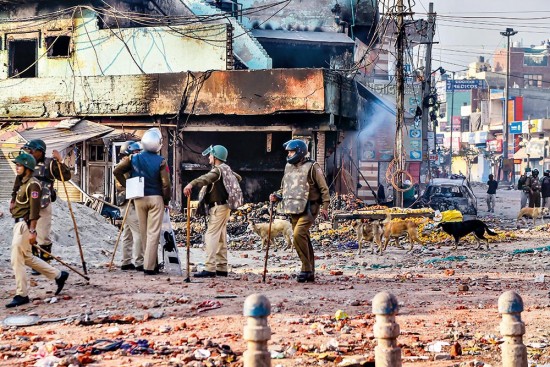 The lanes and bylanes of northeast Delhi are home to many ­migrants, mainly from Bihar and Uttar Pradesh, and also immigrants from Bangladesh. Small houses overflow with people—some are so crammed that ­inhabitants take turns to sleep.

The neighbourhood has a substantial Muslim population and active Bajrang Dal members too. That is one reason why it has seen a lot of communal riots—after Indira Gandhi’s assassination in 1984, Babri Masjid demolition in 1992 and now. Outlook spoke to Delhi Police officers who have had long stints in the locality to find out what makes it such a flashpoint.

“This area has always been a hub of illegal weapons like kattas (country-made revolvers). Searches and seizures of such weapons used to happen regularly. We would set up pickets...