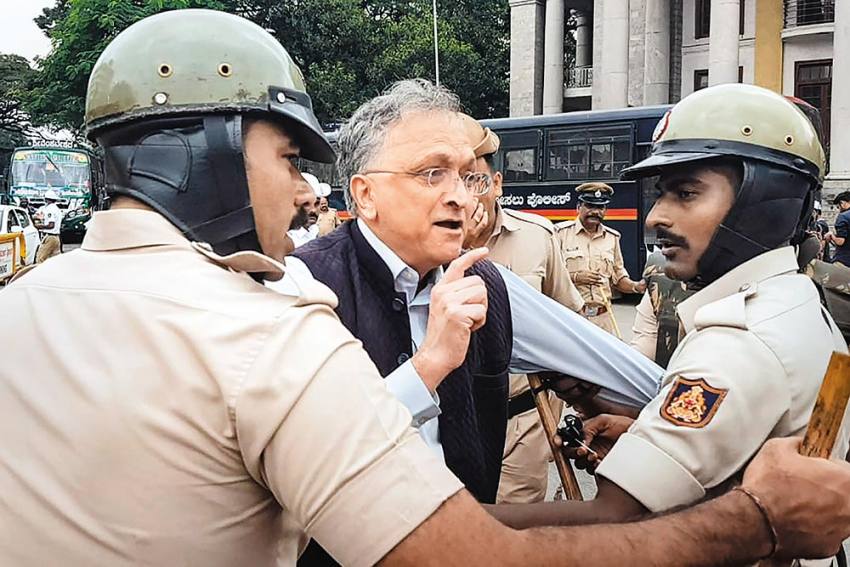 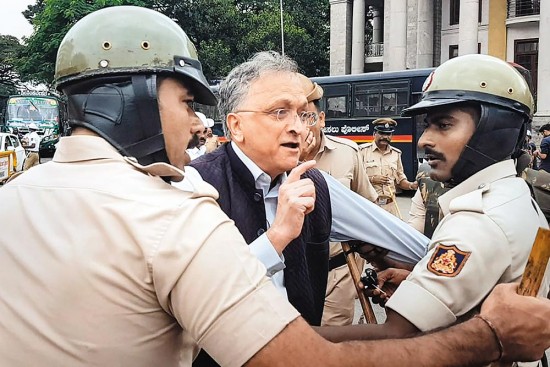 In late December, when prohibitory orders were clamped in Karnataka as protests over the Citizenship (Amendment) Act grew, the image that stood out was of historian Ramachandra Guha, holding a placard with a B.R. Ambedkar picture, being pulled away by policemen in Bangalore. Widely shared on social media, the police action drew dismay from many who pointed out that Guha was merely registering his protest peacefully. But Section 144 has long been controversial—a colonial relic that all governments use in various situations— and a subject of litigation. There have been scores of demonstrations, both against and for CAA, since then in Bangalore that have gone on peacefully. But things took an ugly turn in Mangalore where two people were killed in police firing on December 19.

While the police claim the firing was ordered when a mob tried to attack the Bunder police station, reports say victims Abdul Jaleel, a fishing yard worker, and Nausheen Kudroli, a welder, weren’t part of the protests. Chief minister B.S. Yediyurappa, who initially announced compensation to the family of the victims, subsequently did an abrupt U-turn and withdrew it, as he defended the police action. An investigation is underway, but a blame game has been on—former chief minister H.D. Kumaraswamy, who has been demanding a house committee to probe the firing, released last week video clips to claim that the police incited violence, a charge that has been denied by Mangalore police commissioner P.S. Harsha.