New BJP president JP Nadda has a tough legacy to preserve. He may bring some softness to BJP's aggression 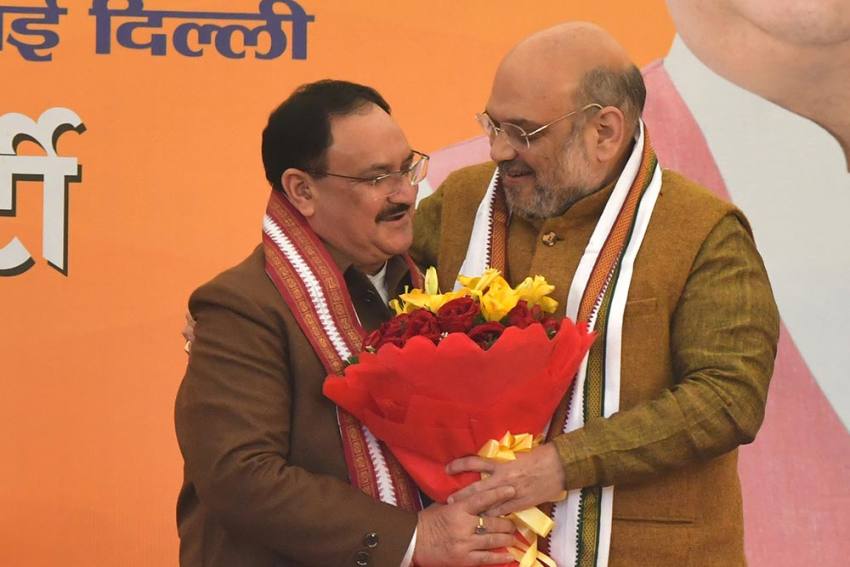 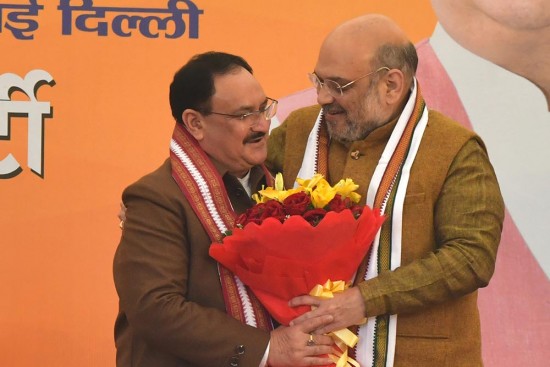 On January 20, when an unassuming Jagat Prakash Nadda took over as BJP president, he inherited shoes far too big, left by a man who expanded the party’s footprints across India. Nadda’s predecessor Amit Shah transformed the predominantly cow-belt party into a pan-India force—from ruling seven states in 2014, when Shah took over as the party chief, the BJP went up to 21 states in 2018, before the number came down to 17. Its membership stands at 18 crore, making it the world’s largest political entity.

Many within the party, and also outside, credit BJP’s growth to Shah and his single-minded obsession on winning polls. Even his critics—and he has many—grudgingly concede that Shah has changed the way elections are fought in the country. “It is no more about empty promises made casually. It is not about a constituency or an ass­embly seat. It is about booth-level management. It is about understanding the voters and their psychology. It is about unabashedly appealing to their baser instincts. It is about being una­pologetic about wanting to win,” says a senior party leader, who does not always agree with many of Shah’s methods.

The tactics and methods definitely seemed to have worked for the BJP as it won 303 seats on its own in the 2019 Lok Sabha elections. Badri Narayan, professor at the Govind Ballabh Pant Social Science Institute in Allahabad, says Shah’s biggest achievement is the expansion of the BJP into all parts of the country , including the Northeast. “Nothing was out-of-bounds for BJP under Shah. The party’s victory in Tripura, the Left bastion in the Northeast is noteworthy. As are attempts at forming a government in Jammu and Kashmir,” he says.

The BJP went beyond its core areas in the Hindi heartland, looking for other spaces to occ­upy and managing to make substantial inroads into West Bengal and Odisha. Narayan says the party also reached out to smaller communities and sects, taking them into its fold. “The BJP tried to inc­lude the marginalised communities, including Dalits, within the larger Hindutva fold, trying to evolve what it calls ‘sam­agra’ Hindutva,” he explains. Narayan makes an unlikely comparison between Shah and late BSP leader Kanshi Ram “in terms of pragmatism, strategy, decisiveness and implementation.”

Public policy expert Rajendra Pratap Gupta has worked closely with three BJP presidents—Murli Manohar Joshi, Shah and Nadda. He looks at Shah’s five-and-a-half -ear tenure at the helm—together with Narendra Modi as the Prime Minister—as the era of dominance, when the party established its sup­remacy in India’s politics. Based on his numerous interactions with master strategist Shah, Gupta says, the secret of his success is that he relies on facts and figures and cannot be fooled by half-baked information.

If the Narendra Modi-Amit Shah era is that of the BJP’s dominance in national politics, the unassuming J.P. Nadda’s term as party president could be that of stabilisation.

“He reads a lot, meets ground-level workers, and has his own channels to gather information. He is aggressive in his approach and also realistic,” he says. According to Gupta, Shah does not bel­ieve in diplomacy and speaks his mind, even if it is sometimes harsh. Tough situations don’t deter him. He can wade through any situation with ease. “He is a combination of Sardar Patel and Subhas Chandra Bose when it comes to delivery. I would credit all major wins to his critical thinking and tactical planning powered with his aggressive speak, which has bolstered the cause of mass polarisation in favour of BJP. He has mastered the domains of psychology and sociology to win in politics,” Gupta adds.

Politics is not just about winning elections, it is also about using politics to bring social change. That is what BJP’s ideological fountainhead RSS has always espoused. Party general secretary Bhupendra Yadav tells Outlook that Shah has undoubtedtly taken the BJP to great heights in terms of geographical expansion and party’s membership base. “However, he has also transformed the party into a social movement.”

About the BJP losing state elections like Jharkhand, Yadav says that ups and downs are a part of the political process. Narayan, however, says that some of BJP’s poll reversals are because of Shah’s preoccupation as home minister. Nadda had taken over as working president in June 2019 and he may not have been as quick to react to situations as Shah. “Remember, how BJP had acted after the Goa elections, undertaking quick ope­rations. Compare it to what happened in Maharashtra. They kept exp­loring possibilities and ended up making a mess,” he explains. Also, earlier, chemistry was important in BJP’s success. Now social arithmetic is coming into play as tribals came together to defeat the BJP in Jharkhand. “BJP will again need to be quick and rethink some of their strategies,” the academic adds.

Nadda, undoubtedly, has a tough legacy to preserve. Yadav thinks it is unfair to compare the new president with Shah. “Nadda ji brings vast experience as a party worker with him. He has served the organisation at various levels. His style will be different,” he says. Gupta, who worked with Nadda as his advisor in the health ministry for two-and-a-half years, elaborates that if the Modi-Shah era is that of dominance, Nadda’s could be that of stabilisation. “He listens, and he gives space to his colleagues to act. Above all, he has a knack for understanding people. He is spiritual in his thinking and rarely aggressive, but if needed, he can beat the best at their game. Given that he has been a confidant of every senior BJP leader during different phases of the party, speaks a lot about him and of what he can deliver.”

Gupta believes that Nadda’s term will be one of settling down and maturing the work done by the previous generation of leaders.  Even Narayan believes that the mild-mannered Nadda may bring some softness to BJP’s strategy. “After the very successful but aggressive strategy of Shah, maybe it is Nadda what BJP needs right now. Shah has already transformed the party into a well-oiled election-winning machine. Now with protests around the country, Nadda might be able to bring some calm,” he says.

‘Art And Politics Do Not Exist In Separate Boxes'