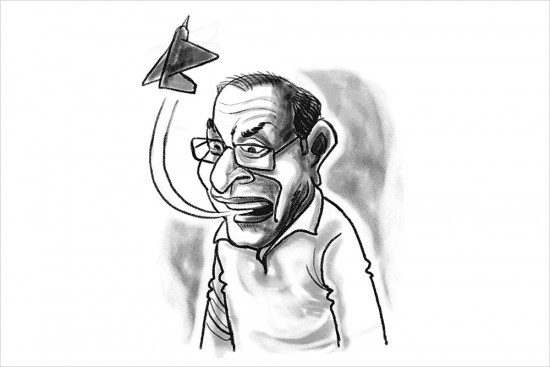 It's not just greying cricketers who slip back into spanking shape to draw the attention of selectors before the World Cup. Come election time, even those who had wandered off into a semi-retired state suddenly look to recharge their batteries.

Take senior Congress leader S. Jaipal Reddy’s decision to join the ‘Rafale scam’ chorus. After keeping himself aloof from party activities, is it the prospect of a ticket from his native Mahabubnagar that has revivified him? Ahead of the recent assembly polls too, the 77-year-old Jaipal had claimed to have proof of a multi-crore irrigation scam against KCR and family. After a one-off press conference, nothing more was heard of that. Why? Perhaps because all the talk of him being projected as a possible CM candidate against KCR died a quiet death (despite him sharing the dais with Rahul Gandhi once)?

Well, his latest sally has left younger party leaders, nursing their own ambitions, tetchy. “Where was he all the time when Rahul was spearheading the Rafale campaign? Who is he trying to impress? He’s a dead horse and his return will only deny place to a youngster,” says a ticket aspirant, who preferred anonymity.