It’s Not Just Kashmir, But India That Needs A Solution: Sanjay Kak

Documentary filmmaker Sanjay Kak talks to Sunil Menon about the situation in the Kashmir Valley post August 5, 2019 -- an ‘era’ of siege, as he calls it. 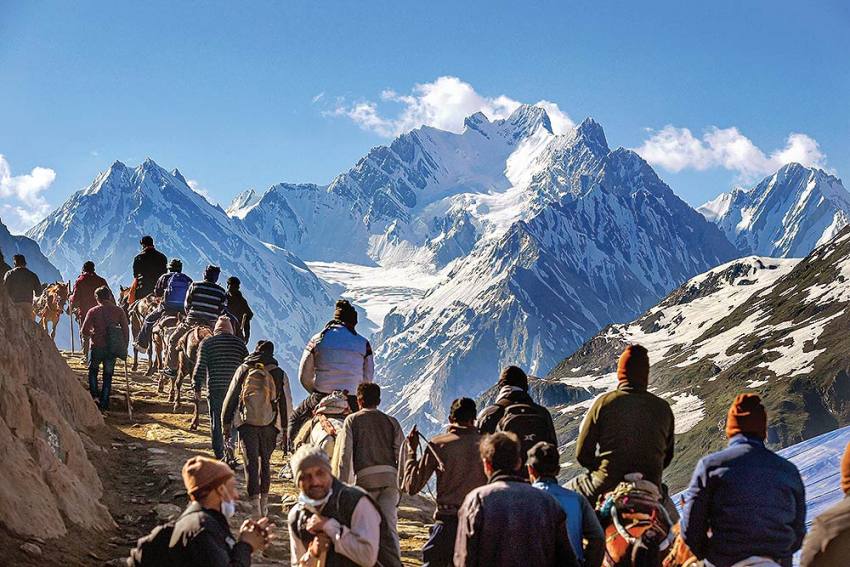 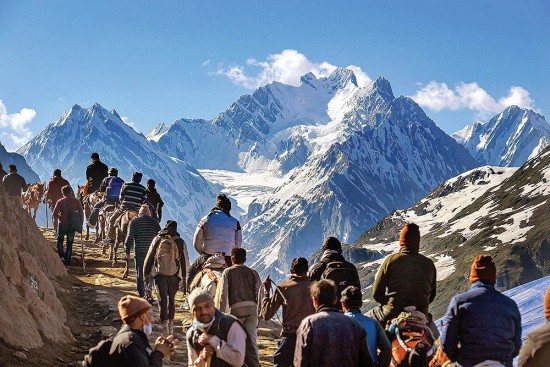 Sanjay Kak, documentary film maker and, by virtue of that, a classic participant-observer in the field of politics, has been immersed in the Kashmir matrix all his life. Here, he responds to the situation in the Valley post August 5, 2019—an ‘era’ of siege, as he calls it. An interview with Sunil Menon:

Life in the Valley has not seen ‘normalcy’ for 30+ years. But what was the last year like, especially during the information blackout when no light escaped in or out?

I was in Kashmir the week before August 5 last year, to do the Amarnath yatra, rev­isiting the trek after exactly thirty years, after 1989. To see that pilgrimage transformed into a showcase alliance between the new militant religiosity of pilgrims—the chant of Bhole ki fauj karegi mauj filled the air—and the aggressive militarism with which the yatra is conducted, was really quite difficult. I was probably still processing that exp­erience when I flew out of Srinagar on August 3, 2019....

Looking back, it’s as if everything before that date was from another world; it certainly feels like another era. The abrogation of Article 370 was so unexpected, the manner in which it was done so shocking for Kashmiris, and finally the chokehold they were placed under to prevent people from expressing themselves about the decision: I think it took everybody’s breath away. It’s been a year, and no one is breathing normal even now. The information blackout was extremely difficult when it began, for it was near-total for everybody, and it brought everything to a standstill: lives, livelihoods, education, health, every aspect of existence—including, let’s not forget, emotions. And even though landlines and mobiles now work, and a weak 2G internet has been made available, I think we should be using a different word for what is ongoing in Kashmir: it’s a siege. The blackout may have been lifted, but that siege continues.

As a Kashmiri, how do you see the ‘derogation’ of Article 370?

That ‘derogation’ did not happen overnight on August 5. Article 370 had been steadily emptied of real substance over the past sixty years, through a series of small and big steps, including what can only be des­cribed as a series of legislative coups. What rem­ained of it was a shell, but it was symbolic of the ‘special’—some would say unresolved—nature of the relationship between the people of Jammu & Kashmir and the Republic of India. 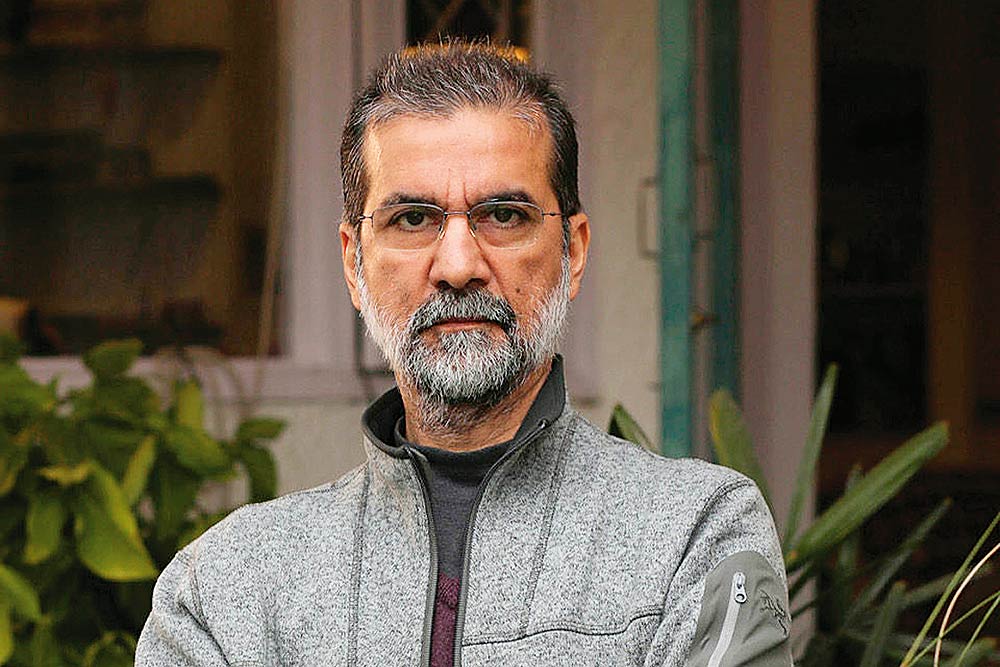 That symbolic link was crudely cast aside with the abrogation, and literally stomped upon, simply bec­ause the government of the day had a brute majority in Parliament, and assumed the right to do so. It was done without the procedural or even gestural ass­ent of the elected representatives of the people of the state, of the state assembly, leave alone any other barometer of the people’s will in Kashmir, which we anyway know is highly contested. Three former chief ministers of the state also had to be detained on August 5, politicians who had repeatedly sworn their loyalty to the idea of India, a good indicator of the fact that the decision was opposed by almost every Kashmiri.

Did the initial enthusiasm among the Pandit community and in Jammu sustain?

A lot of the initial enthusiasm for these steps must be recognised for what it was: photo opportunities. ‘Sweets being distributed in Jammu city’, or ‘Migrants in resettlement colonies for Pandits celebrating’, even ‘dancing in the streets of Leh’…. As happens so frequently in India today, these images were then played out to the applause and manly talk regularly manufactured in our TV studios, drowning out any real questioning of the implications of these changes. Their legislative and legal impropriety was buried under an avalanche of chest-thumping jingoism.

Amongst Pandits, some of the enthusiasm certainly came from abroad, from the large numbers of those with US, Canadian and European citizenship, which is really quite baffling. They were reading a future in the striking down of Article 370 (and Article 35A) which was simply not there, including, sadly, what it meant for their potential return home to Kashmir. In India, a lot of the visible support for it came from elements in the Pandit community that are deeply imbricated within the Hindutva fold. Even if the abrogation was seen as damaging for the entity called Jammu & Kashmir, for them it was a blow against those they have grown to believe are responsible for their flight from Kashmir, the Muslims of Kashmir.

‘We should be using a different word for what is going on: it’s a siege. The blackout may have been lifted, but the siege continues in Kashmir.’

The full ramifications of the changes have only now begun to sink in, particularly the reduction in J&K’s status into two Union Territories. The implications for land ownership and employment have also become clearer, and both reg­ions have seen strong murmurs of protest, including from within the BJP cadres in Jammu, and amongst people in Leh, it should be noted. (People in Kargil were opposed to it from the beginning.) Which is why there is talk now of returning full statehood to J&K… What can one say of a regime that can act with such capriciousness?

How do you address yourself to the Pandit predicament? You have a markedly different take on the exodus.

The pain of dislocation, or the loss of home, is not something that I have a different take on. The difference has to do with my understanding of what caused that loss and dislocation, and more importantly, what must be done with that pain for the rest of our lives. And for the future. I cannot condone the weaponisation of pain, as some Pandits are prone to do, or the deployment of that pain against their own people, different only on account of their religion. On the whole, you could say that both personally and in my work I have chosen to address myself to the Kashmiri predicament, not any other.

Does the Pandit predicament find enough space in the Kashmiri nationalist narrative? Or is it acceptable collateral damage amid a wider calamity?

Sadly, no…to the first. Their predicament has almost faded away in the cauldron of what Kashmir has bec­ome over the past thirty years. Pandits have been a very slender minority in Kashmir for several centuries, although they have alw­ays played a significant part in many aspects of the social and political life of Jammu & Kashmir. They were part of the ruling state apparatus, yes, but they were also part of the social transformation of Kashmir through education, and even in the political articulation of the idea of Kashmir as an independent entity. All that was completely upturned by the mass migration of the 1990s, and those elements of their existence were completely erased from Kashmir. Many of them also fell straight into the hands of the resurgent Hindutva forces of a post-1992 India, post Babri Masjid, and this strident right-wing voice was the only Pandit that people of the Kashmir valley were now going to be able to see and hear in the thirty years since 1990. And their position was a polar opposite to the Kashmiri nationalist narrative. How do you reconcile these two positions?

What do you make of the Israel-like settlement plans?

I think the Israel-like imagination has already found a place in the new Indian state. We have seen the nuts and bolts of it showing through in what is called the ‘security apparatus’—the ext­ensive use of high-end surveillance technology and weapons, the way the streets were physically managed by police during the post-Aug­ust 5 period in Kashmir. New laws have been passed that set the stage for redefining who a ‘state subject’ of Jammu & Kashmir is going to be, we have changes being made in how the armed forces may acquire land for ‘strategic’ purposes. And all of this is happening without an elected government in the state. Everything is pointing tow­ards an Israel-like settlement plan: what can come in its way?

What can a humane, just and constitutionally valid approach look like? What’s the best future that can be imagined?

Some years ago, I would have answered that question by saying the answer was democracy: return dem­ocracy to Kashmir and the future will emerge out of that. But the kind of crisis India is in right now, I’d say what we need just as urg­ently is ‘a humane, just and constitutionally valid approach’ to India itself. A resolution to Kashmir can only follow that.