Is Kashmir Seeing Birth Of A New Militant Outfit? The Signs Look Threatening

Lockdown—political and pandemic—brings peace to Kashmir, but a new militancy is rising. Little-known Resistance Front (TRF) claimed responsibility for the attack on the security forces that killed five soldiers from the elite 4-Para unit 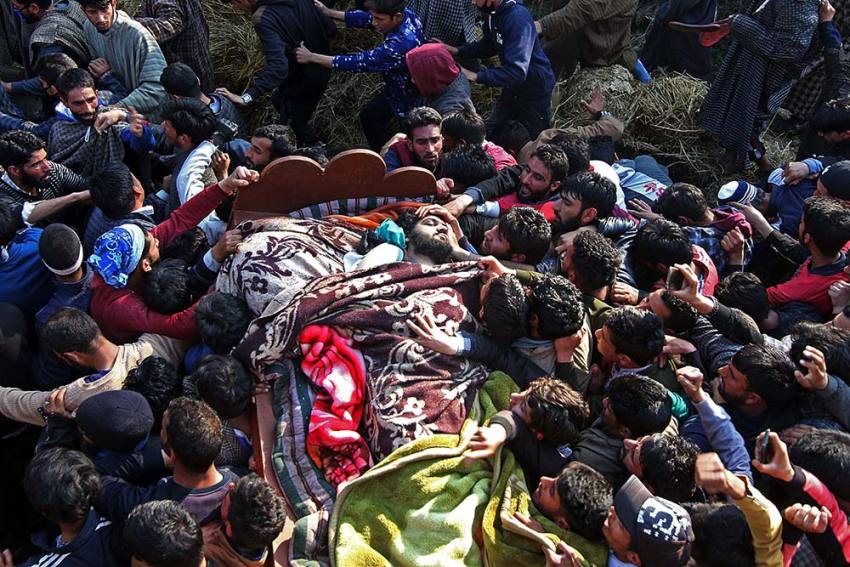 As many as 45 militants have been killed in Kashmir over the past seven months
Naseer Ganai April 17, 2020 00:00 IST Is Kashmir Seeing Birth Of A New Militant Outfit? The Signs Look Threatening 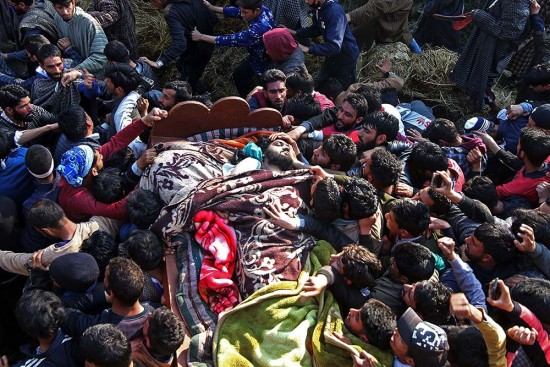 Peace in Kashmir is often an oxymoron. But the word does provide some context to what is happening in the Valley. The tumultuous political upheaval in Jammu and Kashmir last year—the abrogation of Articles 370 and 35A—gave way to months of relative peace. Counter-insurgency operations continued, though. To put things in perspective, 45 militants have been killed in Kashmir since August last year till March. In contrast, between January-July in 2019, over 154 militants were killed by security forces. The number was over 260 in 2018.

Recent developments, however, hold ominous signs on the militancy front. On April 5, five Indian soldiers were killed while fighting infiltrators close to the Line of Control in north Kashmir’s Kupwara district. The soldiers belonged to the elite 4 Para—the unit which undertook the 2016 cross-LoC ‘surgical strikes’ in Pakistan-occupied Kashmir (PoK). Five militants were also killed in the latest operations lasting two days. Kashmir police chief Dilbagh Singh says the encounter and subsequent heavy exchange of fire along the LoC shows that Pakistan and the militant groups it nurtures are making attempts to infiltrate into India and disrupt peace.

A little-known outfit, The Resistance Front (TRF), claimed responsibility for the attack on the security forces. In an audio message circulated through social media, the outfit said after stripping Kashmir of its special status, India didn’t spare anyone, not even the loyal political leaders.  The Front first surfaced on March 23 when the police said it had busted the outfit’s first-ever module and recovered a consignment of weapons. Analysts say the new outfit is an indication that Pakistan-backed militants are not ready to give up on Kashmir. “The Keran encounter shows there is investment in arms and training of militants because they cheaply lost hundreds in the past couple of years without putting up a fight or inflicting any damage,” says a security official who didn’t want to be named.

In December last year, a Yashwant Sinha-led committee had said people in Kashmir tend to think that protests and civil disobedience will make no difference to the Centre, and some groups may be preparing the ground for a new phase of militancy. The Concerned Citizens’ Group (CCG) report says approval of militancy is going up at a time when Pakistan is not interested in promoting an armed struggle in Kashmir as it is caught up with FATF (Financial Action Task Force) guidelines on preventing money laundering and terrorist financing. With COVID-19 and a looming economic recession staring at the world, the police in Kashmir feel the situation might change in the months ahead.