Leader of Congress in Lok Sabha, Adhir Ranjan Chowdhury, speaks to Outlook his appointment as CPP leader, challenges ahead, and Rahul Gandhi's active participation in the House, among other things. 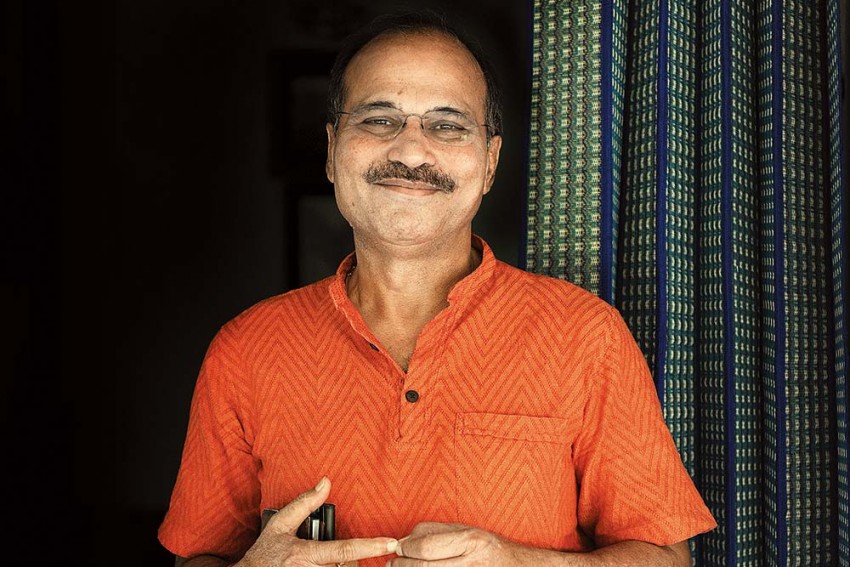 Sonia Gandhi’s decision to appoint five-term Berhampore MP Adhir Ranjan Chowdhury as the leader of the Congress in the Lok Sabha after Rahul Gandhi ­refused to take on the responsibility surprised many. With the party suffering from a continuing bout of poll debacle stress disorder, the Congress strongman from Bengal’s Murshidabad has a much larger and unenviable national role to play—put Narendra Modi’s government in the dock on crucial issues in Parliament. He spoke to Puneet Nicholas Yadav on the challenges ahead. Edited excerpts:

Did your appointment as CPP leader in the Lok Sabha come as a surprise?

Certainly, I was surprised. At our strategy meeting, Soniaji took me aside and told me that she wanted me to lead the party. I was taken aback. It is a humongous task and I don’t want to let the party down.

You have been a very vocal parliamentarian. Is that something you would want your party colleagues to emulate considering the dire situation that the Congress is in now?

As an MP, we all have a responsibility to speak up. But you must understand, individual performance and group performance are two entirely different things. Our senior colleagues are not in the Lok Sabha this time. We have many new MPs. I have communicated to all the members that they should convey their subjects of interest to me. I have also told Madam (Sonia Gandhi) that we need to change some practices. Whoever is identified to participate in a debate must be told well in advance so that he or she comes prepared. In the last Lok Sabha, in my personal view, we lacked synergy and only a select few spoke up. I want to change that and I will change that. Debates can’t be a monopoly.

Have you identified issues on which you think you can corner the Modi government?

There is no dearth of issues. The entire country is reeling under drought but the government doesn’t want to discuss it. They chose to bring the Triple Talaq Bill as a diversion and simply to provoke the Opposition. There are real issues that we need to discuss. Drought, lack of jobs, agrarian distress, economic crisis, attacks on religious minorities, attack on federalism, attack on institutions, social conflicts; the list is endless.

Why is the Congress in such a pitiable state if there are so many issues on which Modi and the BJP have failed?

The Congress has become victim of sharp religious polarisation. Even Bengal, which was historically immune to religious ­polarisation, has suffered this time and the BJP has gained. But, the euphoria over Hindutva will end soon. People will be forced to think of themselves, of their livelihood issues. For how many days will you survive on hate and polarisation? Modi’s salesmanship can’t succeed in perpetuity.

In the Lok Sabha, you will also effectively be the leader of Rahul Gandhi too.

Rahul will continue to be our party leader and I will seek his guidance on policy and strategy matters. I may be the party leader in the Lok Sabha but as far as the party and my politics is concerned, Rahul is still my leader.

Would you ensure Rahul is more active in his Lok Sabha participation?

I would certainly want him to participate more and he will. Whenever he intervened in the House during the previous Lok Sabha, the government had to listen.

The Trinamool Congress comprises the third-largest Opposition bloc and your frosty ties with Mamata Banerjee are well known. Will that be a roadblock in Opposition unity in the Lok Sabha?

There are various leaders from the Congress in the Lok Sabha. If the Trinamool leaders think they cannot work with me, they can always speak to other Congress leaders. They can speak to Soniaji or Rahulji.

Will you make an effort to take the Trinamool along in floor coordination?

It depends on the situation. If it is ­required, I will reach out to them. I have already told a Trinamool MP that I might act locally (in Bengal) but I will think ­nationally. In Bengal, the Congress and the Left Front have been debilitated to an unsustainable level. The vacuum created has let the BJP creep in. I think Mamata Banerjee will soon realise that by strangling the Congress and Left in Bengal, she has allowed the BJP to grow and she will be the worst sufferer of this. She should contemplate on what her role should be now.