How Long Will Truce Between Amarinder Singh, Najvot Sidhu Last?

The Captain and Sidhu have made a tentative rapprochement, but plenty signs of rancour linger in the air within the Punjab Congress. 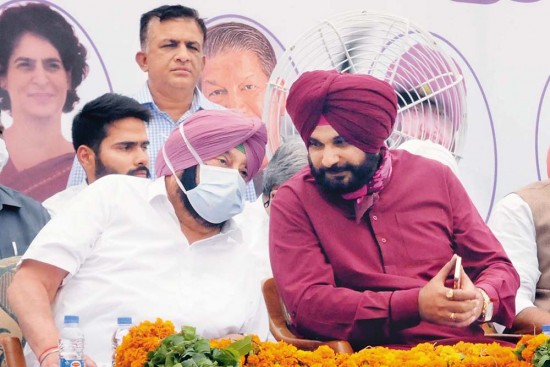 The cessation of hostility from Singh, who had stoutly opposed the former cricketer’s elevation for months, came even though Sidhu refused to oblige the CM on his demand for a public apology over the “personally derogatory social media attacks” that the Amritsar East MLA had made against him. At the installation ceremony, the Captain and Sidhu made no overt displays of a rapprochement. Instead, Sidhu waxed eloquent about his personal fight to restore Punjab’s pride, making it clear that Punjabiyat had taken a hit under Captain.