With poor political leadership, lack of transparency and a shackled bureaucracy, the Tamil Nadu government seems clueless about combating the coronavirus in the state. 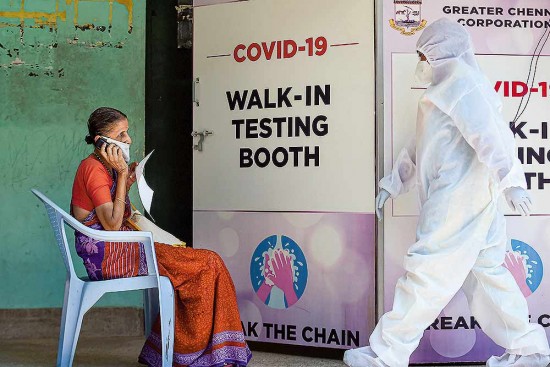 In mid-April Tamil Nadu Chief Minister Edappadi K. Palaniswami had blithely predicted that the number of new COVID-19 cases in the state would dwindle to none within a month. Two months later, he threw up his hands abjectly with the words, “Only God knows when the virus will be gone.”

Between these two extreme scenarios lies the picture of a state government clueless about combating the virus. Poor political leadership, lack of transparency and a shackled bureaucracy have all played bit parts in this absurd drama. The figures paint a stark scenario: from 2,526 cases and 28 deaths on May 1 it spiralled to 78,335 cases and 1,025 deaths on June 27. Chennai alone accounted for 51,669 cases. The daily increase jumped past 3,000.

“These figures were hazy as data had not been correlated, indicating little coordination between the health department and municipal corporations that record deaths. The government was managing figures by not recording the actual number of deaths, as when the Chennai Corporation failed to report 200 deaths in April and May. Officials and ministers were hand in glove in painting a picture that the virus was under control,” admits a senior health official.

When the mismatch was exposed by the media, health secretary Beela Rajesh was replaced with the more experienced J. Radhakrishnan. The government also updated figures and published them  with district wise details, showing the full impact of the pandemic. Yet Radhakrishnan’s writ remains curtailed, for the municipality health department was in charge of the Covid fight in Chennai, the state’s hotspot.

“There should be only one command centre, ideally the health secretary. Chennai Corporation is operating in a separate sphere. Though we have an excellent health infrastructure, the absence of clear...