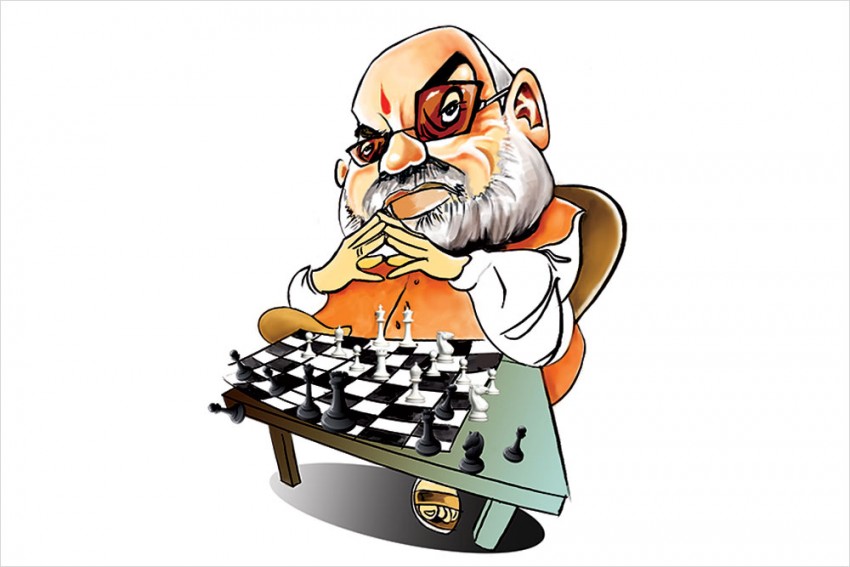 Illustration by Saahil
Salik Ahmad May 25, 2019 00:00 IST Home Is Where The Vote Is! Gujarat's Generosity Helped BJP Brimmeth Over Congress 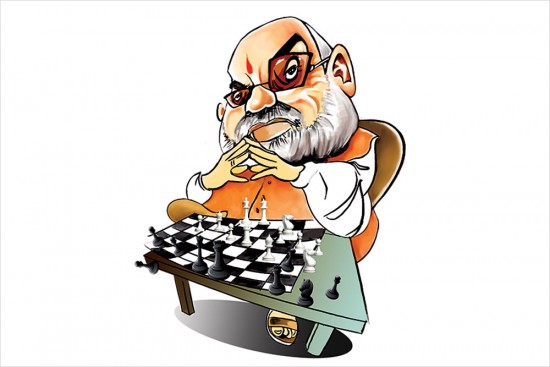 The mandate was swift and decisive. The BJP swept Gujarat. Like it did in neighbouring states Rajasthan and Madhya Pradesh. Like it did across much of north India. There was little any commentator could say. The saffron party won all 26 seats in Narendra Modi’s home state this time, as it had done in 2014.

If the respectable show put up by the Congress in the 2017 assembly elections had boosted the party’s hopes, the resounding defeat in the general elections has again brought them to naught. In 2017, the Congress put up a gruelling fight and wrested 81 seats in the state, improving upon its 2012 tally of 61 seats. The BJP, down from 115 to 99, could still comfortably form the government. Come general elections and the Congress was relegated to a position of inconsequence. The victory margins soared above 5 lakh in as many as four constituencies. One is Gandhinagar—once represented by former deputy PM L.K. Advani—from where BJP chief Amit Shah contested. Shah had a lead of more than 5.5 lakh votes against C.J. Chavda of the Congress. Vadodara, one of the two seats Modi contested and won in 2014, is anot­her, with BJP’s Ranjanben Bhatt sec­uring a mammoth win this time. The efforts of Hardik Patel, leader of the Patidar agitation in 2015, who was deb­arred by the court from contesting, failed to shore up the Congress’s prospects. Patel had joined the Congress ahead of the Lok Sabha polls and campaigned widely for the party. In Mahesana, the agitation hotspot, as well as other seats with a sizeable Patidar vote base such as Amreli, Chhota Udaipur, Banaskantha and Anand, the Congress could not make any headway.

Gujarat has long been generous to the BJP. Even in 2009, when the Congress-led UPA formed the government at the Centre, Modi’s party had polled 46.5 per cent of the voteshare, as opposed to the Congress’s 43.38 per cent. This time, the BJP’s voteshare rose to 62.2 per cent from 60.1 per cent in 2014, while the Congress’s came down from 33.4 per cent to 32.1 per cent. Curiously, in Surat, where the Congress had won all the assembly seats and the central government’s GST adversely impa­cted the textile industry and diamond trade, the BJP’s Darshana Jardosh defeated the grand old party’s Ashok Patel with a margin of more than 5.4 lakh votes.

Patel told the media in Ahmedabad that his party lost despite fighting over issues that concern the people. “This is not the defeat of the Congress, but of issues such as une­mployment and education. The iss­ues of farmers and women have lost. Today, it might seem that our honesty has lost to dishonesty, but a clearer picture will emerge in fut­ure,” said the 25-year-old Congress leader. Gujarat CM Vijay Rupani, however, said the people have rep­osed trust and confidence in his ­leadership of Modi, a “son of the soil”. “It is a victory of the people of Gujarat and India,” he added.