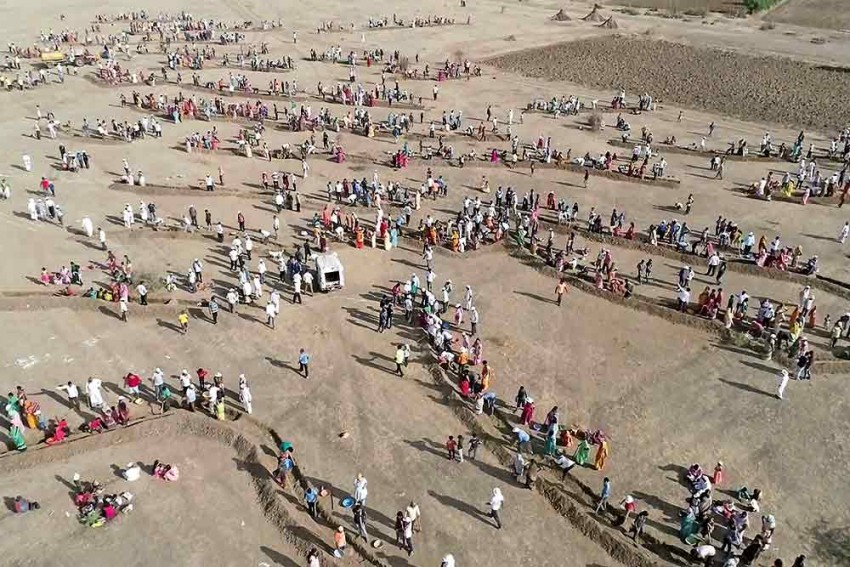 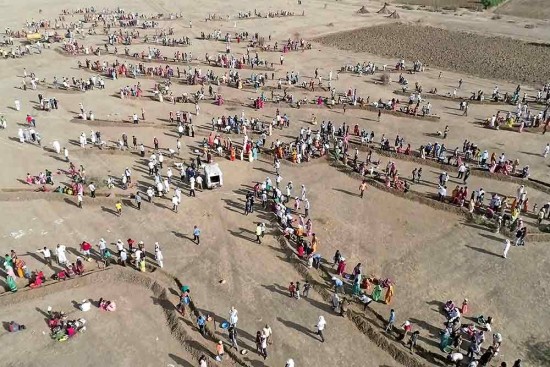 On May 6, 2019, the Election Com­­mission relaxed the model code of conduct in Maharashtra to enable the government to carry out dro­­ught relief. It indicates the direst of situations. Another sharp indicator is the level of water storage in the state’s dams, which stands at 17.57 per cent, as opposed to 30.02 per cent in 2018.

Water level at dams in Aurangabad region, comprising Marathwada—the parched centre of Maha­rashtra’s fearsome drought—is at 4.93 per cent, as opp­­osed to 25.96 per cent in 2018.

Activists say that if it was clear by Oct­­ober that the state was heading for a drought, the government ought to have initiated relief measures. “Why did it not take action to conserve water and ensure availability of drinking water? Schemes like Jal Yukt Shivar have hel­ped,” says Pra­­deep Pur­­a­­ndare, a water management expert.

Ask Raja Kadam from Hingoli district, who tried to increase output on his 6.5 acres desperately, but failed. “Tankers are not sufficient. The water schemes have not been implemented. I planted cotton, but the produce was less than half because of scanty rains and pink bollworm. I was expecting 60 tonnes from sugarcane but got 13 tonnes,” he says, adding that he didn’t get any relief for his pending loan of Rs 2.35 lakh as part of the loan waiver.

Purandare points out how such a hum­­o­ngous crisis never became a poll issue—it was ‘normalised’. Hanumant Pawar, activist and Congress worker, says, “Politicians focused on patriotism and pushed this disaster under the carpet. Fodder for animals, fresh loans for the sowing season, claims for past disasters, demand for tankers…on every count the government has failed.”

Chandrakant Patil, water resources min­­­­ister, announced that Rs 800 crore was spent on relief work in Marathwada. He said fodder for animals in camps will be increased, daily computerised reports will be sought and that up to 10 lakh farmers will get work under MNREGA or other schemes. Even if it comes in drips, Marathawada waits for change.

River, River Everywhere But Not Much To Drink In 'Wet' Kerala!