HD Deve Gowda and HD Kumaraswamy's long time confidante Danish Ali has joined BSP, but the Gowdas still look up to him for counsel on important decisions. 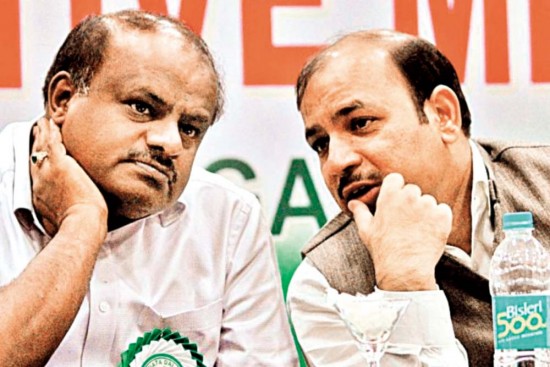 Last May, a crowd milled around Janata Dal (Secular) supremo H. D. Deve Gowda’s home in Bangalore where the needle—after a nail-biting end to the state elections—had finally come to rest. Gowda, and his son H.D. Kumaraswamy, were the men of the moment. And, a tumultuous week later, the father-son duo were at the centre of a political panoply that set the tone for what’s now the key word in the 2019 election season—alliance. Elections: Number Game

Therefore, it was with some surprise that many received news of Gowda’s pointsman in Delhi, Kunwar Danish Ali, joining the BSP. Ali, party insiders say, has been one of Gowda’s aides for long. He’d been visible this past year as the JD(S) opened up a hotline with Rahul Gandhi. “The love and affection he gave to me is incomparable. That will continue,” Ali tells Outlook, explaining that his move would enable him to contest elections in home-state UP, something he couldn’t have done on a JD(S) ticket. “It was also his wish that I should enter the Lok Sabha,” says Ali. “Nobody can break my relationship with Gowda and Kumaraswamy.”