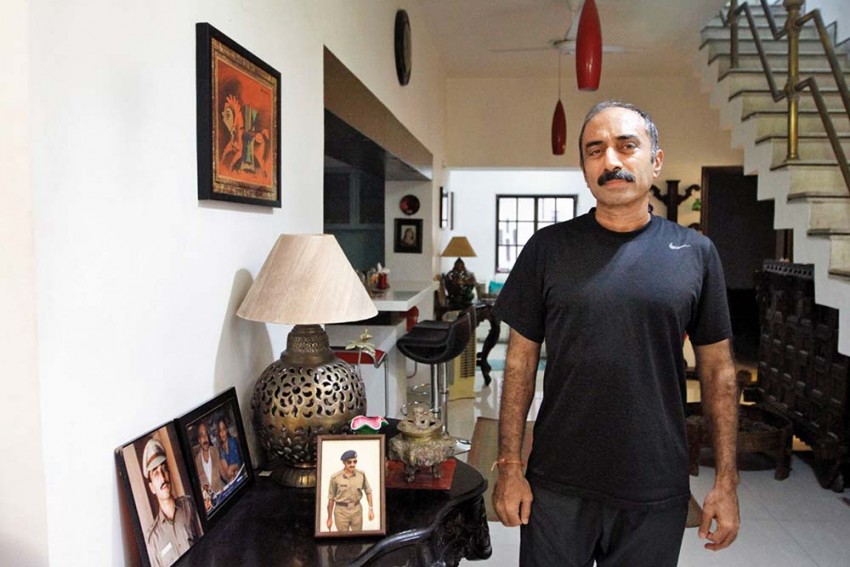 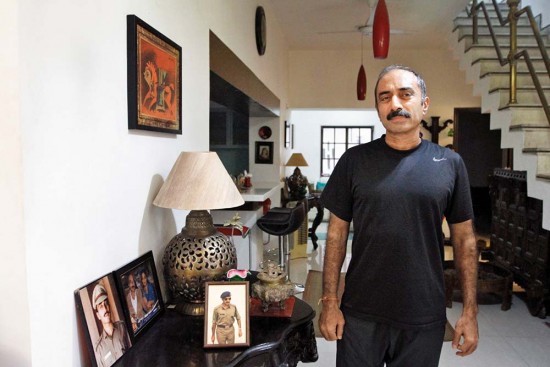 In Gujarat, coincidences oft­en get too close. Who would know this better than the inca­rcerated and sacked IPS officer Sanjiv Bhatt, awarded a life sentence last week in a case of custodial death dating way back to 1990. Since 1991, the state government had ref­used permission to prosecute Bhatt and other officers in the case while investigating off­icers had filed a report closing the case. The courts, however, rejected the police report and a case was initiated. The government filed a revision application, continuing to protect the officers. Come 2011 and Bhatt deposed against the Modi government before the Justice Nanavati Commission of Inq­uiry into the 2002 Godhra train burning and the subsequent communal riots.

“The same evening, the government’s protective shield for Sanjiv was lifted (and the prosecution started),” says a tearful Shweta Bhatt, wife of the jailed police officer. “Sanjiv did not detain anyone, did not arrest anyone, did not touch anyone, it all happened outside his jurisdiction. It was his life’s first posting and didn’t know anyone there,” she tells Outlook at their Ahmedabad residence. Bhatt, 55, incidentally, had been in jail for several months, unsuccessfully trying to secure bail in another case before he was convicted. Shweta says she will challenge the trial court’s judgment. She also put up a detailed post on social media as well as issued a press statement, terming his arrest and sentencing as a “classic case of political vindictiveness”.

For Shweta, it has been her battle too. The couple’s differences with the BJP government snowballed into a veritable open war when she contested the 2012 ass­embly elections on a Congress ticket against the then chief minister Narendra Modi from the Maninagar constituency. Nobody expected her to win but Shweta says her fighting the election was to “send a message that we were not scared”. Sanjiv Bhatt was a strident critic of Modi on microblogging site Twitter and Facebook till he was arrested last year over allegations of framing a lawyer in a narcotics case in 1996.

Special public prosecutor Tushar Gokani, however, dismisses the allegation. “It was a fair trial, you must see the exhaustive judgment that runs into more than 400 pages and covers every small bit. It is natural for an accused or a convict to say that the trial was unfair,” he tells Outlook. “There is no political vendetta. This incident happened in 1990, there was no Narendra Modi then. The accused had 30 years with them and all liberty and opportunity to defend themselves.”

According to the facts of the case, as many as 133 people, including dece­ased Prabhudas Vai­shnani, were arrested by police for communal rioting in Jamjodhpur town of Jamnagar district on October 30, 1990. It was during a Bharat bandh call given by the Sangh Pariwar to protest the arrest of BJP veteran LK Advani in Bihar during his Somnath-to-Ayodhya Rath Yatra. The arrests were made before the arrival of Sanjiv Bhatt, then an additional superintendent of police of Jamnagar. Prabhudas Vaishnani died 18 days after his arrest and eight days after his release from judicial custody, due to what was des­cribed as “acute renal failure as a result of rhabdomyolysis”.  In layman’s terms, this effect on the kidney, among many other things, could happen because of severe physical exertion or due to injury caused by heavy objects. This is the basis for the prosecution’s argument that Vaishnani was tortured in custody.

Bhatt, however, points to the findings of celebrated nephrologist and Padmashree awardee H.L. Trivedi, who headed the government-run Institute of Kidney Diseases and Research Centre in Ahmedabad at that time. Trivedi’s opinion was sought by the Criminal Inv­estigation Department (Crime) following an advice by doctors who performed the post-mortem. Trivedi ruled out rhabdomyolysis in Vaishnani. In his defence, Bhatt had cited the post-mortem reports ruling out any injury and the nephrologist’s official report ruling out rhabdomyolysis.  Special public prosecutor Gokani counters the argument. “Medical officers came and deposed at length in the court, and were also questioned in detail. They were speaking on oath.”

Bhatt was sacked in 2012 for “unauthorised absence from duty” following an ex-parte departmental inquiry. During this absence, he was, ironically, deposing before the state government-appointed Justice Nanavati panel.  Last year, construction on 90 square metres of his bungalow was demolished by the BJP-ruled Ahmedabad Municipal Cor­poration’s bulldozers on charges of unauthorised construction. Sanjiv Bhatt’s cup of woes can’t be any fuller.