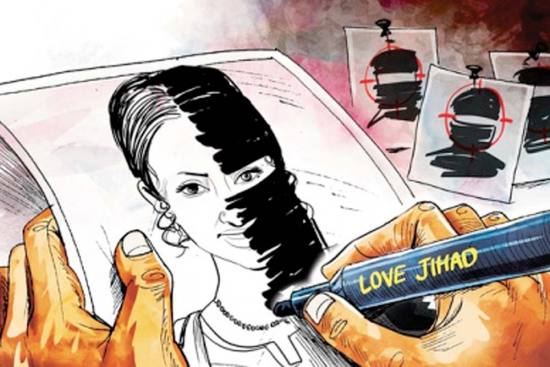 Two years back, if you had asked a voter in Pala about ‘love jehad’, you would have been greeted with a blank expression. It was not very much part of the political vocabulary in this neck of the woods. Pala is canonical Kottayam, a small town in this south-central district, with a slow, lilting dialect and an honest, hard-working ethic—you could also say it’s at the heart of Syrian Christian Kerala. It’s not as if communities in Kerala had only unbounded love for each other. Like elsewhere, there can be less than complimentary views on each other, mutual suspicions—and tinges of animosity. But politics here had only articulated communitarian loyalties; it never much based itself around actual antipathies. There’s a general balance of social forces here that gives Kerala its stability and even refinement—also a large social commons, so to speak, in which everyone participates. Therefore, the pathological fear of each other that defines politics in the north does not have currency here. And metaphors like love jehad, which flow such fears, never put down roots here.

And yet, there are complexities there. For one, the larger narratives of world politics have a role here. ‘Islamophobia’, in the contemporary sense, is a Western construct that feeds into and plays upon older, historical India. Kerala offers a variation on that. Since the ‘West’ is understood to be ‘Christian’, there’s a natural place for affinities in thought and understanding there. So if the world out there speaks a kind of language, it is not without resonance in Pala. As astute observers have pointed out, the very category of ‘love jehad’ was actually named in those terms, even created, from the heart of Christian Kerala. No surprise, then, to find that historical anxieties—mostly subliminal till now—have been brought to the surface by contemporary ‘northern’ politics, of which the BJP is an exemplar. Those fears can now be seen, and heard, being expressed a bit more freely amidst the Christian community in this region.