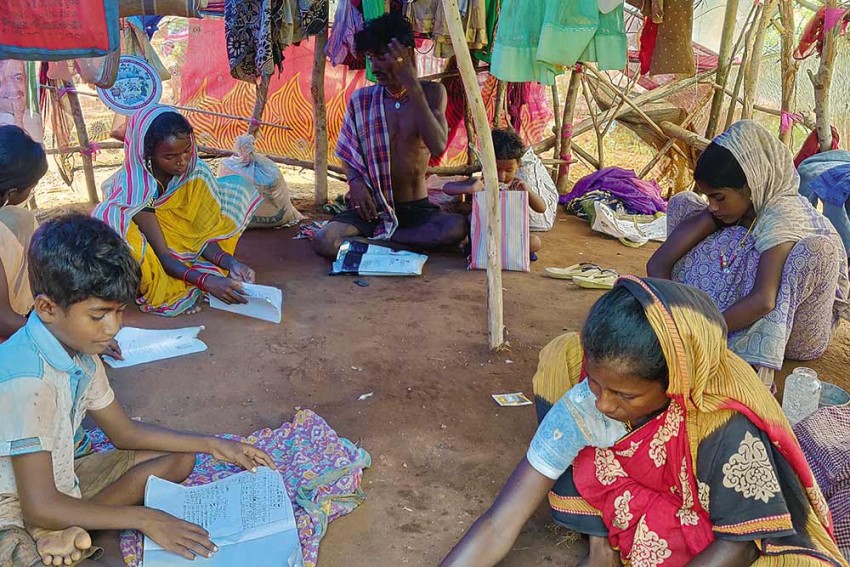 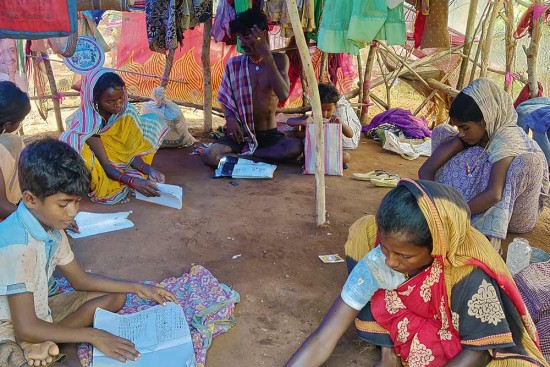 Those who live in misery are ­perh­aps more empathetic and ready to help out others like them in a similar condition. P. Venkat Das, a resident of Siruli village under Kanhei Bidyadharpur panchayat, would certainly vouch for it. The 40-year-old, who had to keep shifting bases after his house was ruined by the cyclone, finally found shelter in Bhoisahi, thanks to the generosity of the villagers, who allowed him to build a makeshift house with bamboo and polythene sheet to live with his ­seven-member family.

“After the cyclone, I first went to the cyclone shelter in Khajuria,” says Venkat. “But I was turned away by the dominant-­caste people who had taken shelter there. I kept shifting from one shelter to anot­her—Ghatakoli, Manapada and Golara—bef­ore ending up at the shelter in Satapada. But a group of people used the shelter for drinking in the evenings. With a young daughter and daughter-in-law, there was no way I could stay there. So, I shifted to this village. The people here have been very kind and generous to me. I can never thank them enough for their help.”

Venkat, who has an Aadhaar number but no BPL card (and thus no subsidised grains), earns a living by doing sundry jobs—cleaning fishing nets or working as a labourer in earthwork. His son Kamesh (21) and daughter-in-law Parvati (who has a two-year-old daughter) also work to supplement the family income.

But why doesn’t he have a BPL card? “They are saying my Aadhaar card won’t do as it was issued in Ganjam district, my native place,” says Venkat. “The villagers have looked after us as my parents would have done. I am overwhelmed with their kindness and have no intention of shifting out of here.”