Tamil Nadu chief minister Edappadi K. Palaniswami's 13-day tour of UK, US and UAE is being seen as a signature of the man's increasing confidence as a leader ahead of the 2021 Assembly elections 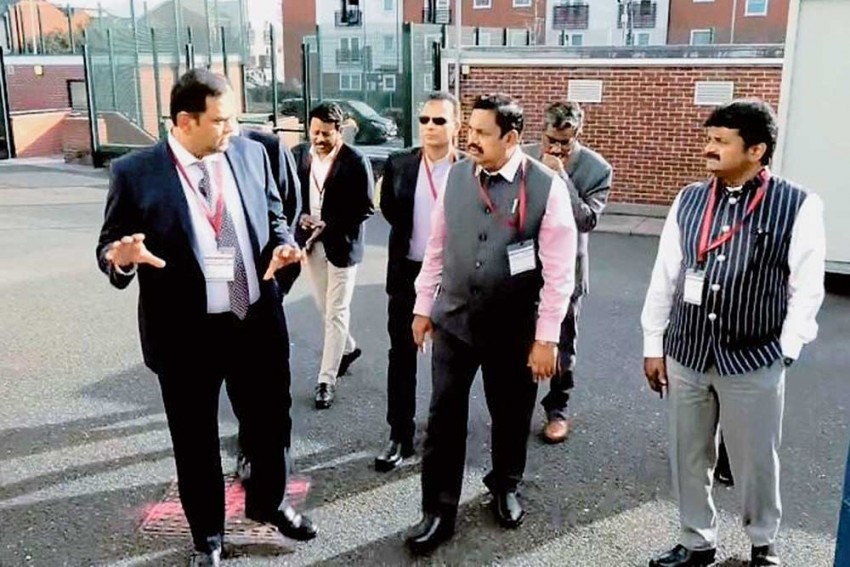 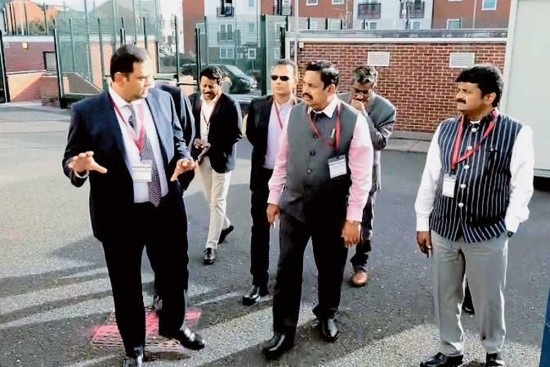 For a state used to seeing its ministers in white dhotis and shirts, the sight of Tamil Nadu CM Edappadi K. Palaniswami and his cabinet colleagues in suits and boots during a recent foreign tour provoked curiosity and mirth. EPS and his ministers were seen at official meetings in London and some US cities in three-piece suits. They actually carried themselves rather well, making a solid sartorial impression on the TN public.

While meme makers had a roaring time at the incongruous blue sneakers EPS was seen wearing at Buffalo, NY, while visiting a dairy farm and the Niagara Falls, and the way he struggled to pronounce San Francisco, his party workers hailed his trip as an unrivalled success. They flaunted the MoUs EPS signed with 41 business entities for inv­estments worth Rs 8,300 crore as ano­ther feather in his cap, adding to his image as a silent but performing CM.

“EPS is the eighth wonder of the world and has brought fame to Tamil Nadu,” gushed IT minister R.B. Udayakumar. And when the CM returned home after visiting the UK, the US and UAE after the 13-day trip, he was given such a rousing welcome by his cadres that one could have mistaken that he had actually conquered these countries and not just visited them.

Wondering whether the latest set of MoUs really meant anything, the opposition led by DMK leader M.K. Stalin demanded a white paper on what happened to the investments worth Rs 5.12 lakh crore announced after the two global investors’ meets in 2015 and January 2019. An unfazed EPS told rep­orters that only feasible projects had been signed up and the results could be seen from next year.

EPS wants to take on DMK’s Stalin in the polls due in 2021 from a ­position of strength, for which he needs full ­control over AIADMK.

Becoming the first CM in over four decades to embark on an official tour sent out two strong messages to supporters and detractors. The foreign trip was the CM’s own decision and he opted not to appoint an acting CM even though deputy CM O. Panneerselvam could have easily stepped in. Thus EPS let everyone know that he called the shots, even though there was a dual leadership arrangement with OPS in the party hierarchy. Last month, he dropped a minister for going beyond his official brief, a first since becoming the chief minister in February 2017.

Secondly, EPS is laying the groundwork to pitch himself as the face of the AIADMK in the assembly elections due in 2021. “Though the AIADMK did poorly in the Lok Sabha elections, EPS managed to keep the party in power by concentrating on the assembly bypolls,” says former Chennai mayor Saidai Duraiswamy. “He has proved what it takes to stay in power and consolidate his position when many expected him to be a stop-gap CM. That makes him an obvious candidate for the CM’s post in 2021.”

The next election is likely to be a contest between the AIADMK and the DMK, with little role for the national parties. EPS would like to take on Stalin from a position of strength, for which he has to be in complete control of his party. He may not be a match for J. Jayalalitha’s charisma, but EPS’s main strength has been his image as a simple and approachable leader. “He has grown with the job and is a more confident political leader than he was in 2017, with a better grasp of the administration. The foreign trip was a way of demonstrating this side of the CM,” said a senior IAS officer.

EPS has also gone about breaking up large districts for speedier administration and in the last count there were 37 districts in the state. Nature too has been kind with a bountiful south-west monsoon filling up the Mettur dam, crucial for the Cauvery delta farmers. An equally kind north-east monsoon could actually solve the water woes of the northern districts as well.

The confident stride with which he stepped out of the Chennai airport on his return could be gauged by his pronouncement that his next foreign stop would be to Israel—to bring their water management techniques to Tamil Nadu. Not even the opposition can fault him on that count.