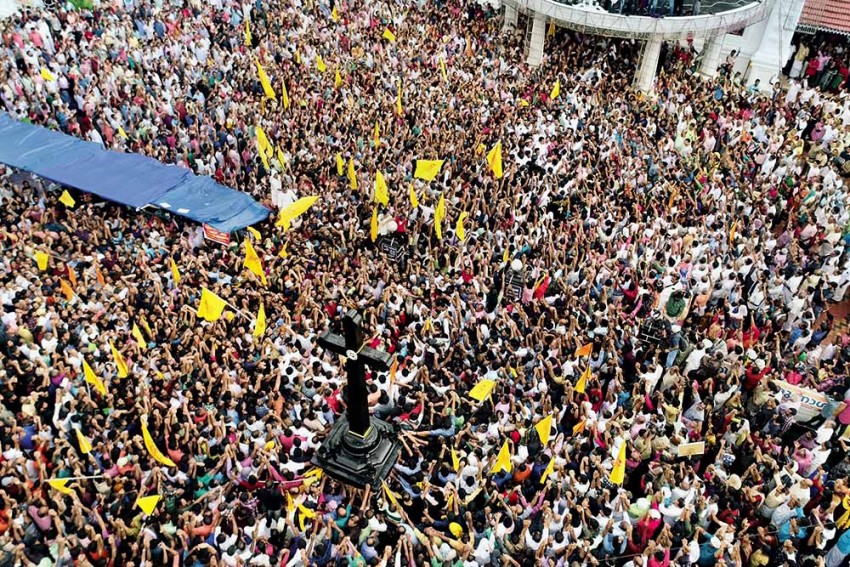 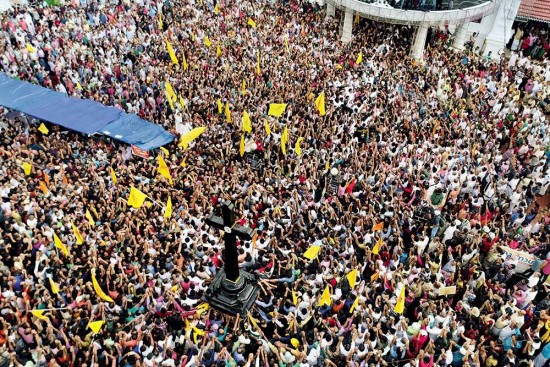 It’s called the fianchetto: a chess manoeuvre that positions a bishop on the second rank square vacated by an advanced knight’s pawn so as to open up a flank on the long diagonal that offers a direct line of attack to the opponent’s castle. Similar salvos are being fired across Kerala as the century-old internecine conflict bet­ween the Malankara Orthodox Syrian Church (MOSC) and the Jacobite Syrian Christian Church (Jacobites) app­ears to have entered another phase in a series of protrac­ted endgames.

Vicars and priests—armed with the July 3, 2017, Supreme Court order that upheld the Malankara Church’s 1934 constitu­t­ion and granted MOSC sole custodianship of some 1,100 parishes, properties, churches and coffers—have, under police protection, entered previously impregnable bastions of the faith over the past month. In the churchyard, as on the chessboard, one defence involves putting up pawn blockades—a tactic that has enj­o­yed varying success over the past two years, due in part to the state government’s dithering and “tinkering” with the SC order by the Kerala High Court. However, after two dressing-­do­wns in the space of three months, the first of which saw the apex court ask in July whether the state was above the rule of law, even human barricades have not sufficed.

Atop a hillock by the Muvattupuzha river, the sixth-century St. Mary’s Jaco­bite Syrian Cathedral in Piravom—a pilgrimage town straddling Ernakulam and Kottayam districts that, according to legend, was home to Caspar, one of the three magi in the nativity story—looks the fortress its high battlements make it out to be. Last December, hundreds of Jacobites repelled a MOSC attempt to enter the church after a section of the faithful threatened to jump from the ramparts. On September 26, with the district administration on the scene, the police took cutters to the fleur-de-lis-lined wrought iron gates and evicted nearly 400 protestors, among them a dozen senior bishops and priests, who promptly courted arrest. As the MOSC vicar occupied the church—some 3,000 parishioner families which identify as Jacobites as opposed to about 200 Orthodox families—the town shuttered down for a day-long hartal. When Outlook visited, Piravom wore a deserted look, as an asymmetrically strong police deployment—mobilised in full riot gear—watc­hed over the first Sunday mass (Sep­­te­mber 29) since the takeover. Their presence is crucial to the fragile peace.

For seventy-something Elsie Jacob Mat­hew, a Piravom native who had been unable to worship at the ‘Valiya­pally’ (principal church) since her mar­riage into a Pathanamthitta district-based Ort­hodox family over five decades ago, the experience was bittersweet. “I never tho­­ught I would be able to pray here in my lifetime. It’s a blessing. Growing up, the church used to be a place where we could all come together. Like most people, I had both Orthodox and Jacobite family members. It’s sad how things have changed,” she says, pointing to a roadside chapel where a significantly bigger Jacobite congregation was attending a makeshift Sunday service. After a letter of solidarity from the Patriarch of Antioch, Mor Ignatius Aphrem II, the Jacobite spiritual head, was read out, the gathering took out a march to the town square. On October 2, several thousands more marched on Deva­lokam in Kottayam, where MOSC is headquartered, shouting slogans against the “denial of justice”. 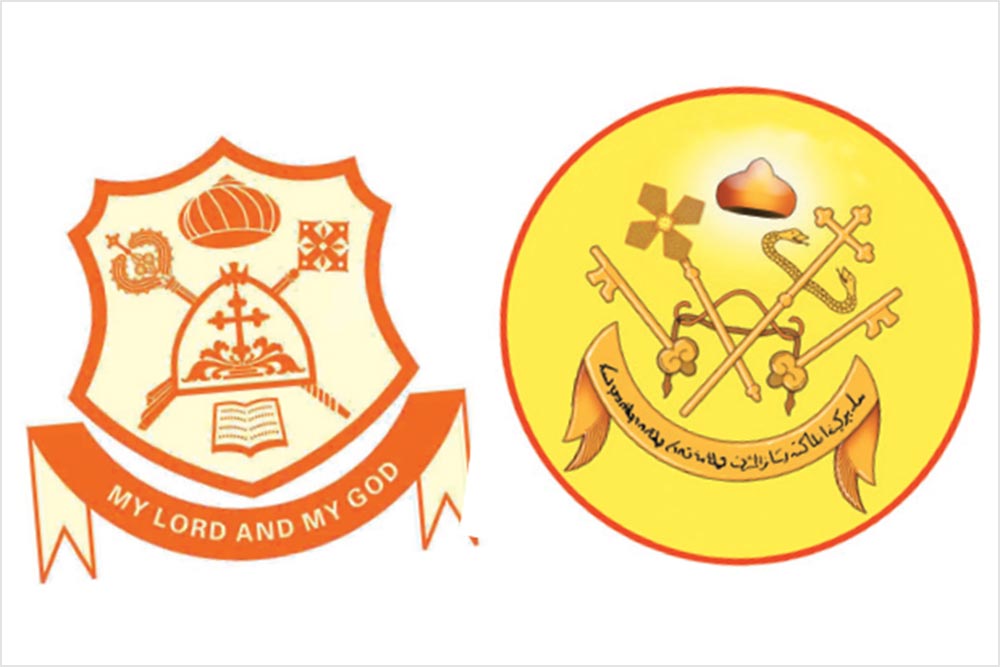 According to a pattern, Orthodox officials and the police try to occupy a church, are blocked by Jacobites, who are then forcibly removed.

Now, the remonstrating din has begun to crescendo, feeding into a broader call to protect the faith. Since the first domino—the St. Peter and St. Paul’s church in Kolenchery town, the immediate focal point of the SC verdict—fell without a fight in the wake of the ruling, the conflict had conformed to a pattern. MOSC representatives with police escorts would arrive to occupy a church. The Jacobites would refuse to vacate and be forcibly rem­oved. A tense stand-off would ensue, with both camps issuing press statements. The district administration plays a negotiating role. Before the broken padlocks and stoic cassocks in Piravom dominated headlines, the fourth-century St. Mary’s Orthodox Syrian Cathedral, 15 km away in Kandanad, was the site of one such tus­sle. There, the situation deteriorated to the extent that the cathedral had to be closed on September 8. Two weeks later, the police had to hold back Jacobite protestors attempting to disrupt the first out-of-turn Orthodox Sunday service in 45 years. Over that time, the factions had conducted services on alternate weeks—as part of a wider peace-keeping measure that had seen, in some parishes, the rise of parallel administrations.

“The SC order made it unequivocally clear that the rules inscribed in the 1934 constitution are paramount. Hence­forth, the constitution will govern the administration of the parishes. It has put paid to the system of parallel vicars and committees that had been plaguing our churches,” said Fr. Johns Abraham Konat, the MOSC spokesperson. His Jac­obite counterpart, Metropolitan Kur­iakose Mor Theophi­l­ose, echoed the need to safeguard against flare-ups, but has said that conducting referendums among parishioners on the adm­inistration of church properties (which includes chapels, hospitals, colle­ges, schools, cemeteries and seminaries, among other assets) would lead to the most expeditious and satisfactory resolution. But MOSC now has little incentive to go for any such rapprochement.

Partisan intransigence has informed much of the conflict, which dates back to a schism in 1912 wherein MOSC bec­ame an autocephalous church with the Catholicos of the East (now housed in Kottayam) as the head of the faith and separated from the faction that considers the Patriarch of Antioch (whose See is in Damascus) the final authority. Beyond that, little by way of liturgy, tradition and theology separates the two groups. They even have roughly the same number of adherents in Kerala. The two groups briefly reunited in 1958, but it didn’t last. The separation was formalised in 2002, with the creation of the Jacobite Syrian Christian Church, based out of  Puthen­cruz, Ernakulam district and adopting its own constitution—setting off a spate of violence across traditional Christian strongholds in south and central Kerala over control of individual churches. At present, the turf war is contained to around 200 churches—the ownerships of which are bitterly contested despite the SC order. 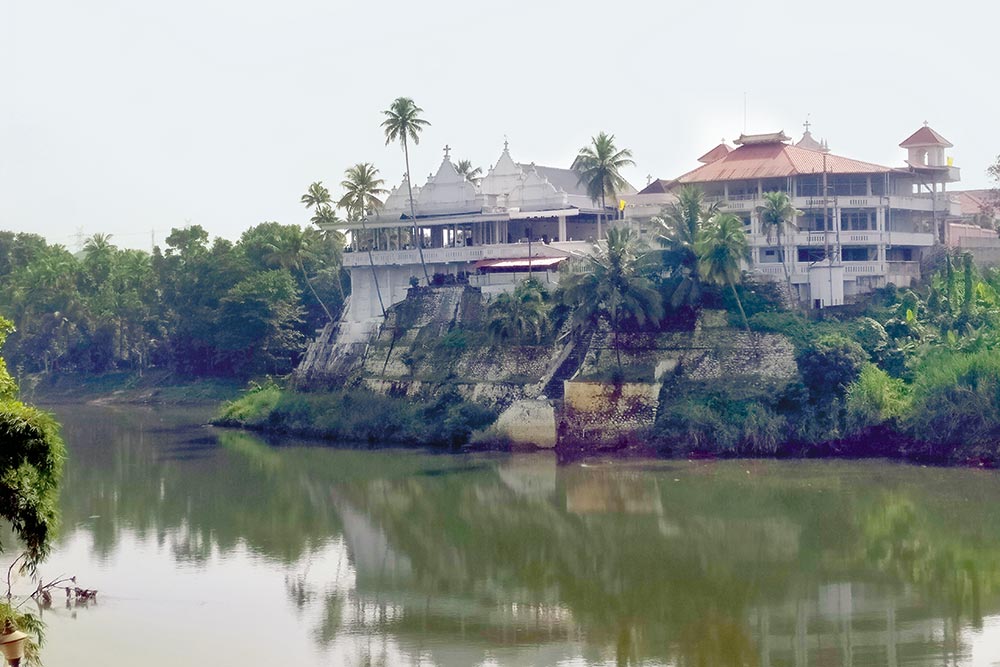 The 2017 verdict is the most recent of four judgments by the apex court that have all upheld the 1934 constitution—a dispute settlement instrument to which both factions are signatories. The order also reiterated an observation from the 1995 ruling that the authority of the Patriarch of Antioch had reached a “vanishing point” in the tem­­poral, ecclesiastical and spiritual duties of the Jaco­bite faction. It added a new wrinkle too: the Jacobites could become an indepen­dent entity with new properties, ret­urn to MOSC fold as a sub-sect, or disband entirely. Since then, a number of petitions calling on the apex court to reconsider its decision have been filed and summarily dismissed.

In the ugly row, both factions accuse each other of barring funeral rites if the performing priest belongs to the rival church.

While the conflict intensified after 2017, uglier still has been the issue of the denial of/delay in burial permission as corpses of parishioners become sites of protest themselves. Both factions accuse each other of refusing to allow the funeral rites to be conducted if the priest performing the rites belongs to the rival faction. In one instance, a Jacobite parishioner decided to donate his mother’s body for medical research rather than be denied a burial in the cemetery at the St. John’s Jacobite Syrian Church in Kanniattunirappu, Ernakulam. The church, now under Orthodox control, had threatened to exhume the body of a recently-deceased Jacobite man on the charge that the vicar’s authority had been subverted.

“We are being prevented from giving our faithful a dignified burial in our own churches. In that instance, our people were not allowed to enter the threshold of the cemetery. The 2017 judgment has affected us terribly. Our people are being thrown out of churches they have prayed at for hundreds of years,” Mor Theophilose said. Fr. Konat said in a statement: “The Orthodox faction has not obstructed any funeral rites. The cemetery is no one’s personal asset. Family members must seek the vicar’s permission to conduct funerals. The SC order has said no to any parallel policy regarding cemeteries.”

Among the aggrieved is Fr. Thomas Paul Ramban, the MOSC-appointed vicar to the disputed St. Thomas Cheriya­pally—under Jacobite control—in Kotha­mang­alam. He wrote a Face­book post about his mother’s funeral being interrupted in 2018 and of being barred from visiting his father’s grave. Last year, Fr. Ramban decided to take a stand after rep­ortedly being threatened by the Jacobites holed up in the church. Besides being one of the wealthiest churches, Cheriyapally also houses the remains of the venerated saint Baselios Yeldo. After the fall of Piravom, Cheriya­pally has bec­ome an Alamo of sorts. On October 6, the power of faith as force multiplier was evinced in a major show of strength, as thousands of Jacobites re-enacted the historic Coonan Cross oath to reaffirm their commitment to the ‘throne of St. Peter in Antioch’—harking back to the hugely symbolic 1653 pledge in front of a tilted cross in Mattancherry, Kochi, wherein the St. Thomas Christians rej­ected papal authority and imposed Latin liturgy in favour of a return to the older Orthodox Church. On a board hitherto dominated by captured castles, bishops, chevaliers and undercut pawns, the second ‘Oath of the Bent Cross’ might well amount to a ‘cross-check’. At the very least, as Basil Unnithan, one of the oath-takers, said, “We needed something to keep the faith.”

By Siddharth Premkumar in Kochi