The 2020 carnage in the national capital mirrors the majority’s idea of might is right; pliant police and media turned the victims into attackers 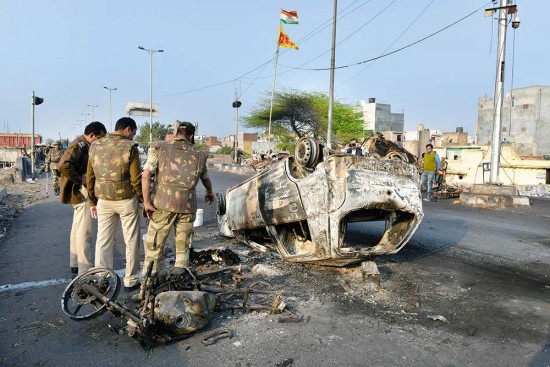 In June last year, in an article for Outlook, I had pointed out how Delhi Police, at the beh­est of their political masters, played the role of an active conspirator in the February 2020 Northeast Delhi carnage. The carnage, I had arg­ued based on the facts on rec­ord, was let loose by elements with a Manuwadi mindset on primarily the Muslim community as retribution for the peaceful protests against CAA and NRC.

The anti-CAA/NRC protests, led as they were by Muslim women, had written a new chapter in our history of peaceful protests—a powerful tool for citizens to raise democratic dissent against the ruling party. The collective, peaceful and sustained demonstration had made the ruling party think of non-conventional ways of suppression. The result was wanton assault by right-wing cadres, with full aid and support of elements of Delhi Police—and I say this with all responsibility—which, in turn, led to the killing of a many inn­ocent people, aside from looting and arson directed at predominantly Muslim households.