Nagada village in Odisha’s Jajpur is inhabited by 60 families of the primitive Juang tribe. 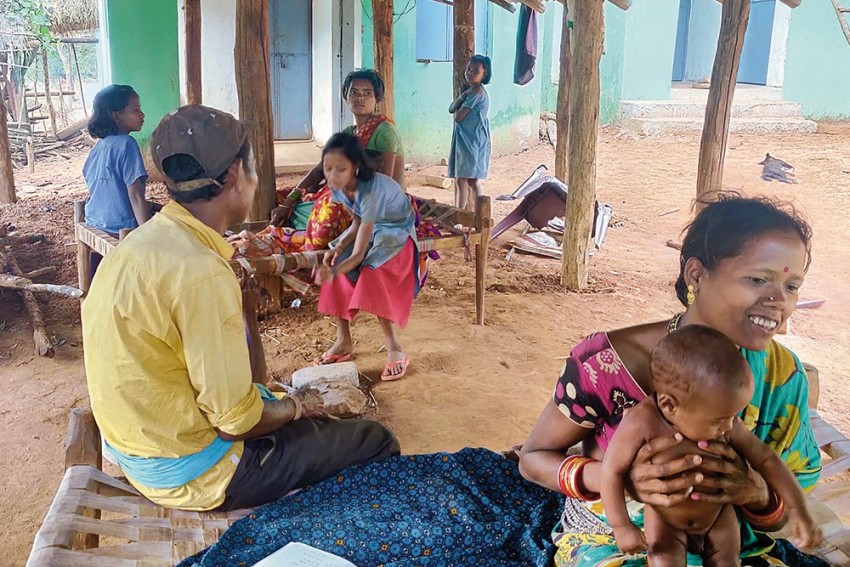 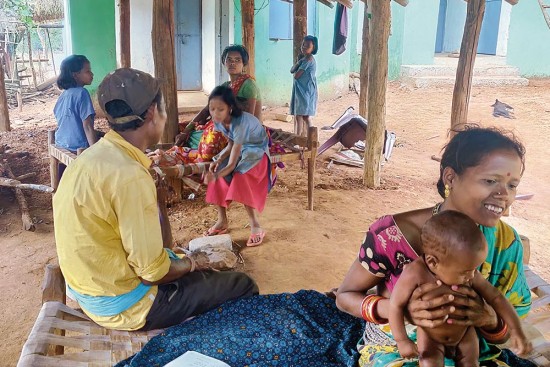 She looks barely in her early 20s. But she has already been through hell. Jamini Pradhan has been a mother four times over, lost two of her ­children and finds it tough to feed the surviving two—two-year-old Ankita and three-month-old Sushanta. Sushmita was two when she died, and Banu lived just eight months. Asked how they died, Jamini mumbles “hadaphuti” (measles). Little does she know that in this age measles doesn’t kill, and that the real killer was malnutrition. Her two children were among 22 reported dead in July 2016 due to malnutrition in a span of a few weeks at Nagada in Odisha’s Jajpur district. Until then, the nondescript village on a hilltop inhabited by 60 families of the primitive Juang tribe had been off the radar.

One reason for poor maternal and child health in these parts is that Juang girls marry early—sometimes as early as 12—and Jamini is no exception. (The first wedding of a girl of legally permissible age in Nagada took place just the day before this reporter visited the village.)

Things have improved since the time the village invited ­unenviable national attention. With the state government’s ­intervention, large-scale death of children due to malnutrition has become a thing of the past. But they haven’t stopped. Local journalist Biswanath Patra says the last death of a child from hunger happened only a week ago.

When Jamini speaks, which is rare, it is mostly in mono­syllables. Asked about her dreams for the future, she stares into the distance. Her dream could well be to see her two ­surviving kids growing up into adulthood! Her husband Jhampa is more fluent in Odia, but scarcely more optimistic. Asked about his expectations from the elections, he says: “What can we hope for? They would come seeking votes and then forget all about us. Just as they did two years ago.” Will he vote? “Only if a booth is opened here,” he says laconically.

The bus service to the village shut down a year and a half ago, barely three months after it started. As we drive to the ­village on the apology of a road, built in the wake of Nagada’s moment of national infamy, we understand why. There is a school in the village, but the teacher is missing. A few youths have temporary jobs as labourers at the chromite mines 20 km away. But the commute isn’t easy with 17 km of it on that back-breaking road winding down the hill. Perhaps the only saving grace is a doctor who visits the village every week.

'I Realised What It Means To Be Kashmiri Outside Kashmir'