As the plan to encourage tourism after sundown sees the light of the night, photographer Tribhuvan Tiwari ­captures Delhi’s landmarks in all their illuminated finery 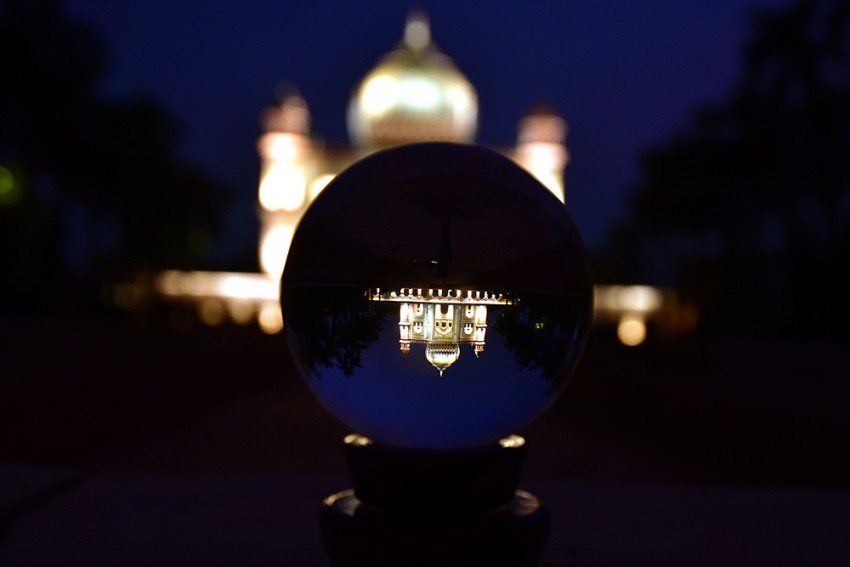 A view of Safdarjung Tomb lit up by LED lighting, in New Delhi.
Photograph by Tribhuvan Tiwari 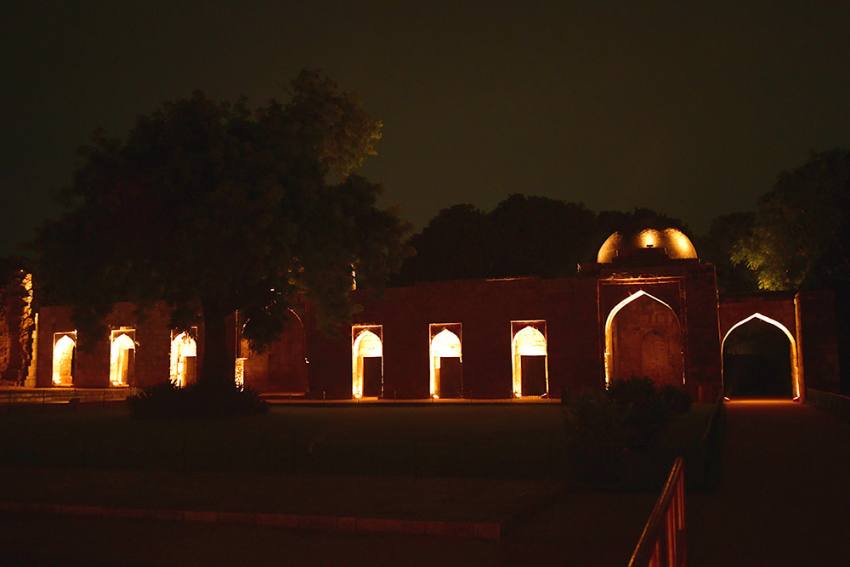 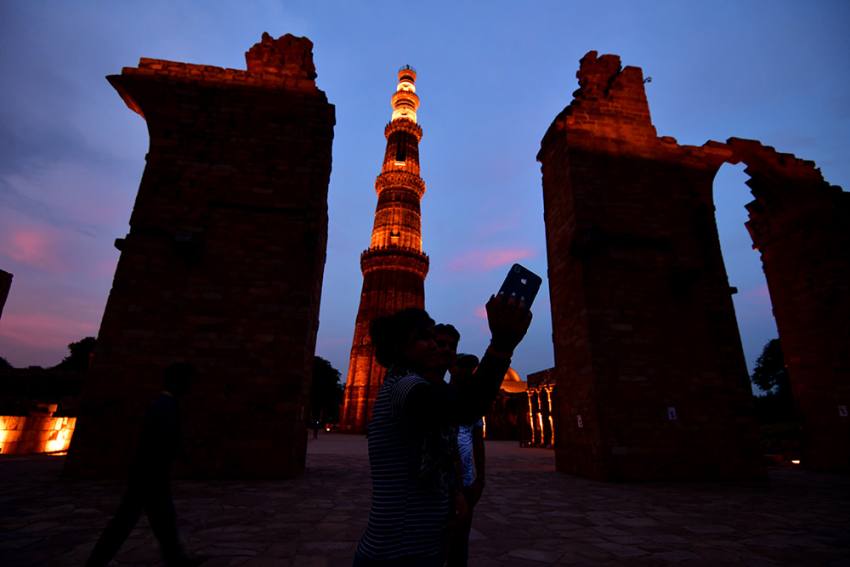 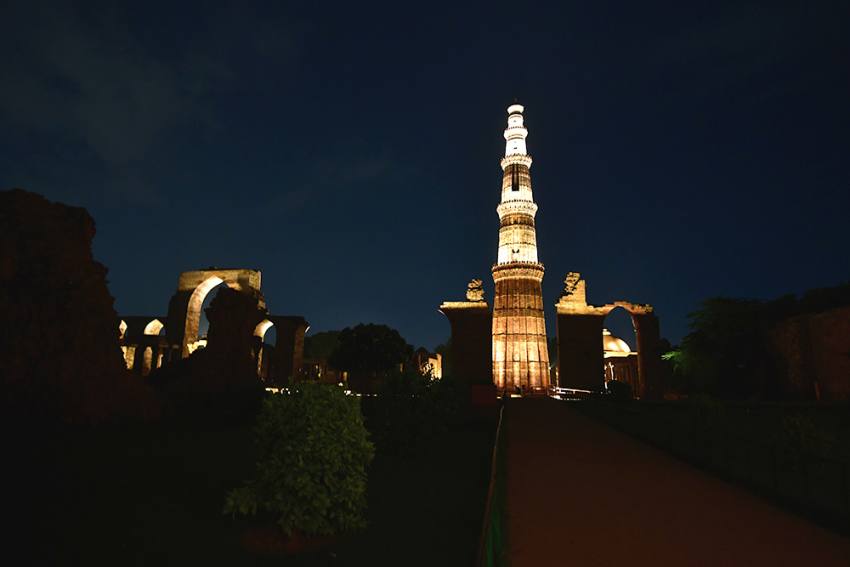 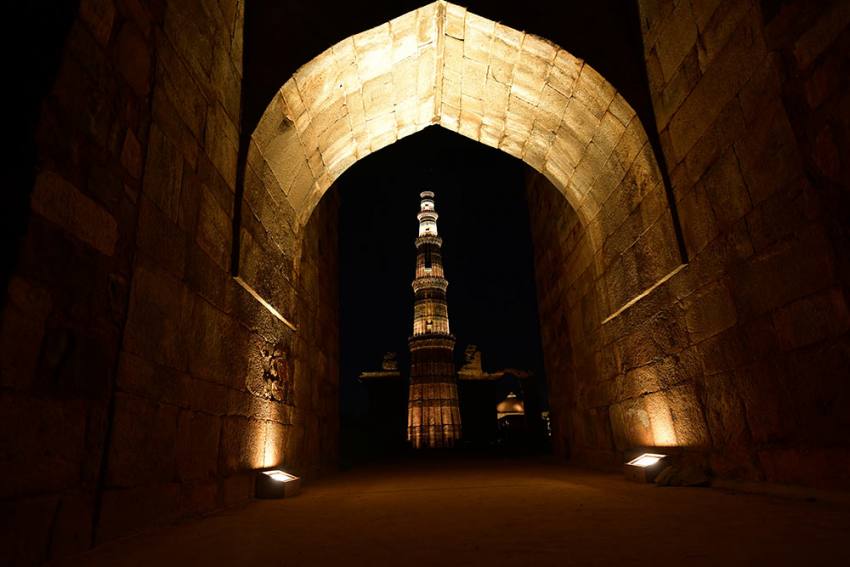 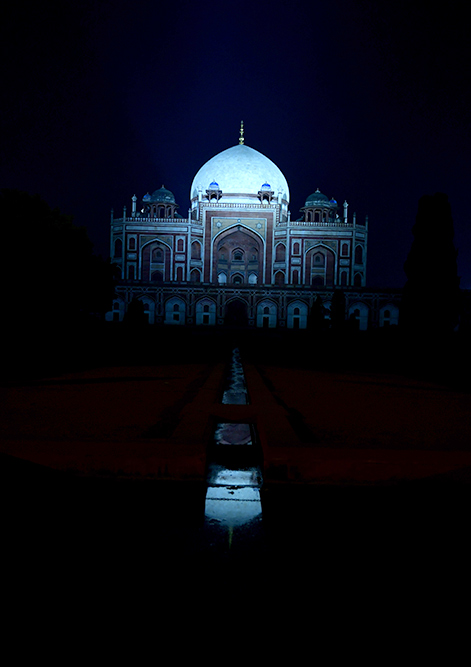 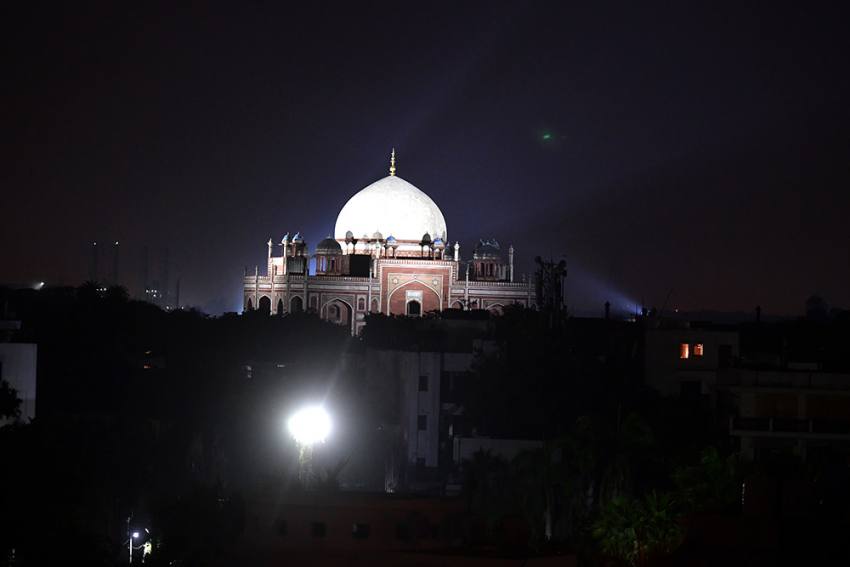 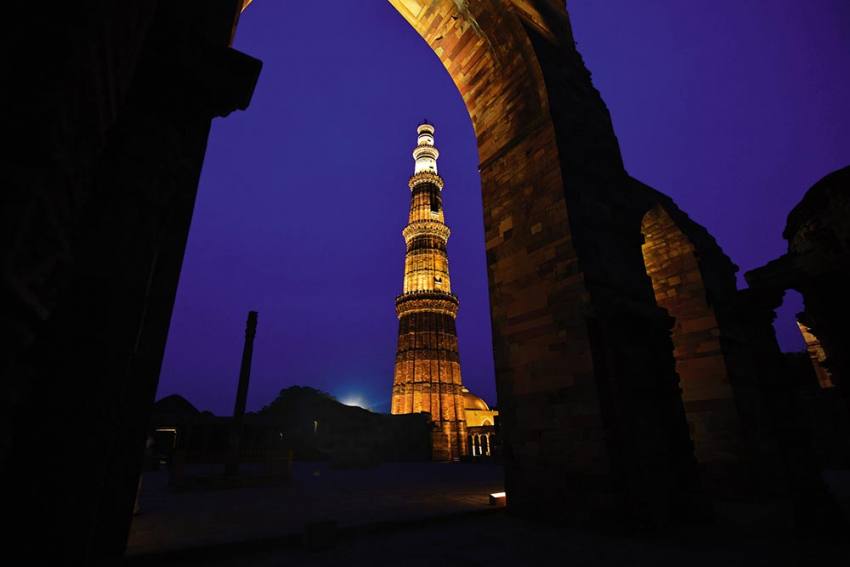 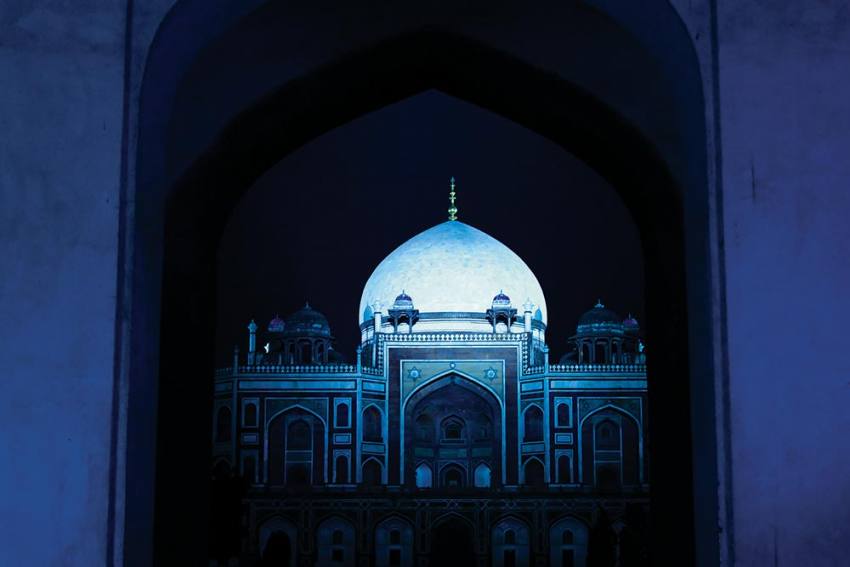 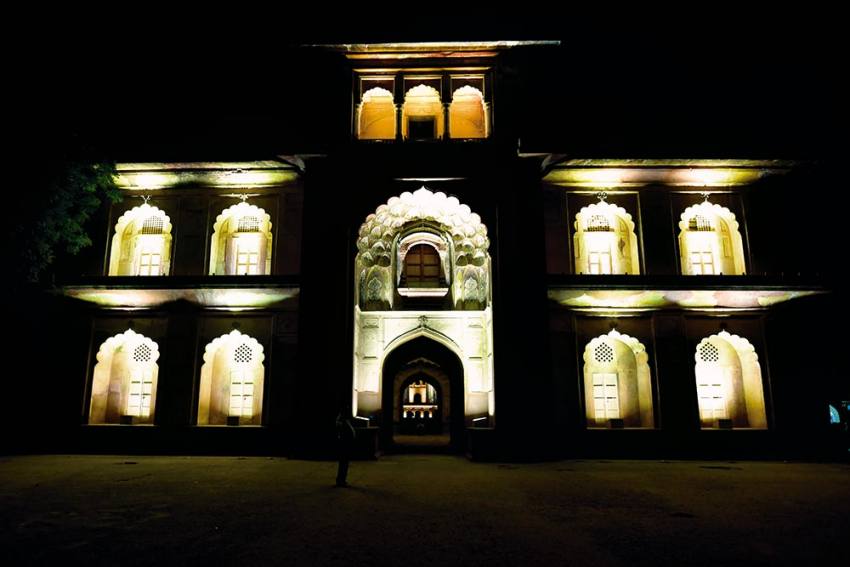 Kit out a camera with the world’s best mechanical optics, AI and those slick salesmanship megapixel baits. It gives you a photo—a beautiful picture in digital high definition that guarantees instant Instagram likes. But no camera has been invented yet that can capture the mood—the mahaul as Bahadur Shah Zafar’s court poet Zauq would say about the burst of emotions when he serenaded his muse with his quill pen on scented, handmade paper; the moon smiling coyly on the chhajja. And Zauq’s guiding light? His beloved Dilli, its mohallas, its people, its storied architecture…the Qutub Minar, that shady nook under a tree on the sprawling garden encircling the tomb of Safdarjung, the red sandstone mausoleum under whose central onion dome rests emperor Humayun. On moonlit nights, the splendour of Humayun’s tomb approaches the ethereal glow of the Taj—reflecting the inspirational template for Shahjahan’s white marble cenotaph for his favourite queen.

These bursts of architectural creativity—that inescapable tourist must-go, those haunts of lovers looking for privacy—are being decked with a finery of illumination lately. That’s part of a project to light up our monuments, capturing the shimmering reflection of the past on an irreverent selfie. Should you chance upon these iridescent jewels in the grey of the night, it would be hard to not echo the thoughts of that eminent Dilli resident, Mirza Ghalib: “I asked my soul, ‘What is Delhi?’ It replied, ‘The world is the body, Delhi its soul’.” These days, the soul shines a few lumens brighter despite the smoggy, discoloured skies. No flashbulbs, please.