Cures For The Tropics 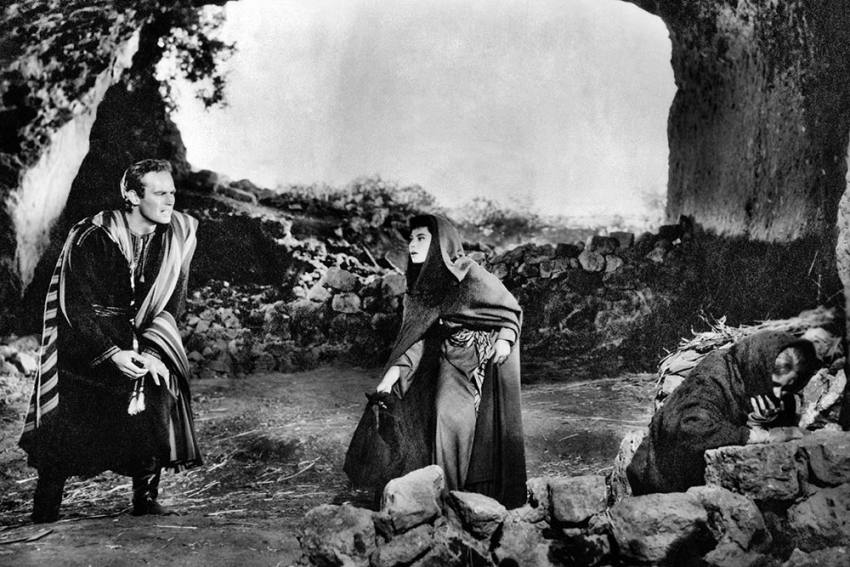 Stigma
A scene from Ben-Hur (1959) in which Judah searches for his family in the Valley of the Lepers.
Photograph by Getty Images
Lola Nayar January 30, 2020 00:00 IST Cures For The Tropics 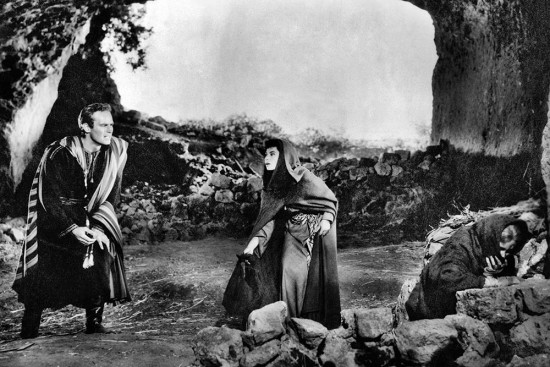 On January 30, as scores of countries join the World Health Organisation (WHO) to roll out ambitious new targets for controlling five of 20 Neglected Tropical Diseases (NTDs) by the year end, there is greater optimism that many, including India, will see more success due to concerted efforts. Combating NTDs—estimated to affect around 1.7 billion people, mostly the poor, in 149 countries—is difficult but not impossible as proved by India’s experience in eliminating YAWS, an infection of the skin, bones and joints caused by the spirochete bacterium treponema pallidum pertenue, in 2006.

Included in the 2030 Sustainable Development Goals, containing the spread of NTDs is not easy, but health experts and global funders feel it can be done with greater political commitment, community involvement, ­improved ­coordination, supply and ­delivery ­processes. “Governments and various stakeholders now recognise that ­community engagement is the key driver to ensure sustainability in ­maintaining health-seeking behaviour,” says Rajshree Das, director programme (NTDs), Project Concern International. “The progress in visceral leishmaniasis and lymphatic filariasis (LF) elimination in India are some concrete ­examples to learn from.”

In 2018, according to WHO, 1.12 billion people in 74 countries received treatment: 149.4 million for onchocerciasis; 551.9 million for LF; 89.1 million for ­trachoma; 93.7 million for schistosomiasis; and 571.8 million for soil-transmitted helminthiases. A 2012 WHO roadmap—‘Accelerating Work to Overcome the Global Impact of Neglected Tropical Diseases: A Roadmap for Implementation’, also known as the London Declaration—states that 10 NTDs had the essential ­ingredients for immediate targeted ­assistance. Of these 10 diseases, five—­bilharzia (schistosomiasis), blinding ­trachoma, LF (also called elephantiasis), intestinal worms (soil-transmitted ­helminths) and river blindness (onchocerciasis)—are being targeted through mass drug administration or treatment of all people living in high-risk areas for reducing risks of transmission.

“For any eradication, the last push is the toughest,” says Dr Bhupendra Tripathi of Bill & Melinda Gates Found­ation. “We are working with the government to ensure the last push is str­ong, focused and sufficient to achieve the target. We bring in additional resources and partners as catalysts to help in achieving the targets. If India can curb polio, why can’t we do the same with LF and KA? India accounts for 50 per cent of the global disease burden in both cases.”

Dr Neeraj Dhingra, director of the National Vector Borne Disease Control Programme, says the main focus over many years has mainly been on six of the 13 or 14 NTDs in India, including KA, LF, leprosy, rabies, dengue/chikungunya and soil-transmitted helminthiasis (STH). Dhingra and health ministry officials say there has been tremendous progress in the management of most NTDs. For example, the leprosy control programme, launched in 1953, was followed by the leprosy eradication programme in 1983. From 57 cases of leprosy per 10,000 population, we have come down to less than 1, which as per the WHO definition amounts to the elimination of the ­disease. “At the sub-national level, though, more than a hundred districts are yet to achieve less than one case of leprosy per 10,000 population,” says Rekha Shukla, joint secretary, ministry of health and family welfare.

Another important factor in leprosy is grade-two disability or peripheral disability due to loss of toes and fingers. The government aims to bring such cases to less than one per million population, which is the global goal for leprosy. Today, India has about 2.6 cases per ­million population. Officials are hopeful of achieving the goal by 2022.

“We have also been considerably ­successful in bringing down child ­leprosy cases, from 20-25 per cent to 2-5 per cent, varying from state to state. We have been able to prevent child leprosy (the incubation period is fairly long) and thus curtail active transmission at the community level,” says Shukla.

In the case of KA, which is caused by leishmania parasites and transmitted by the bite of sandflies, once a person gets infected, the incubation period is from two weeks to two years. “When we started the KA elimination programme, 633 blocks across four states—Bihar, Jharkhand, West Bengal and Uttar Pradesh—were reporting more than one case per 10,000 population,” says Dhingra. “Now, only 33 such blocks ­remain in Bihar and Jharkhand, while the number of cases has dropped below 4,000. And no death due to KA has been reported in three years.” 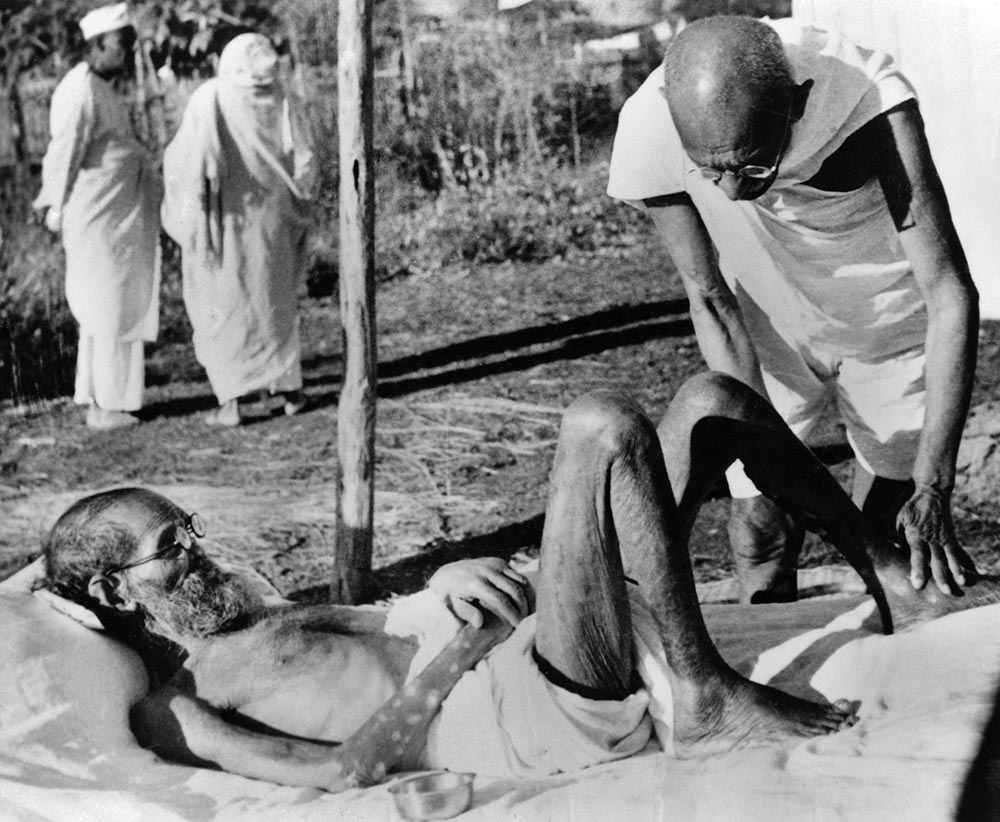 Gandhi attending to a leprosy patient.

Even after treatment, a person can dev­elop dermal leishmaniasis, or skin les­ions. Numbering less than 2,000 in India, they become reservoirs of KA and can also transmit the infection. There is a three-month treatment programme. Unfortunately, as the drug has side-­effects like nausea, vomiting and loss of appetite, many people don’t take the full course of treatment.

“If India can curb polio, why can’t we do it with ­elephantiasis and kala azar?”

Shukla says there’s no dearth of funds for disease control programmes, but there are gaps in cooperation, cohesion and integration. With the same resour­ces and strategies, some states do better than others. This is particularly true of dengue and chikungunya management, wherein the programme implementation to contain the spread of the disease or its management differs from state to state. “While all other diseases are ­declining, it is the other way round in the case of dengue,” says Dr Kalpana Barua, joint director, ministry of health and family welfare, who oversees the dengue and chikungunya programme. “Earlier, it was known as an urban disease, but now some states are reporting up to 40 per cent rise in cases from rural areas. Due to man-made changes leading to global warming, mosquitoes transmitting dengue are now found in the rural ecosystem. But, India has made good strides even in the case of dengue as the prevalence nationally has come down to 0.01 per cent and fatality has declined. We need more inter-sectorial convergence among agencies overseeing urban development, rural development, schools, water and sanitation and other institutions.” As the role of entomologists is important in giving early warning signals, the ministry is also trying to fill all the vacancies across the states.

In the case of STH, which is caused by different species of roundworms, Dr Ajay Khera, deputy director, ministry of health, says that as worm infestation in children is quite high in India—20-80 per cent—there have been efforts for many years to deworm children twice a year as worm infestation has very close linkages with undernutrition, occurrence of anaemia and ­overall development of the child.

“In 2015, we embarked on a big ­programme to target around 300 million children in every round. Starting in around 10 states, we have since ­expanded to other states. So far we have completed nine rounds of deworming with more than 85 per cent coverage,” says Khera, adding that an assessment of the programme’s efficacy will be done this year. Health ministry officials say the efforts now are not only to eliminate NTDs, but also to sustain the ­programme after that is achieved.

Leukaemia To Breast Cancer, Why The 15-29 Age-Group Has Become Most Vulnerable