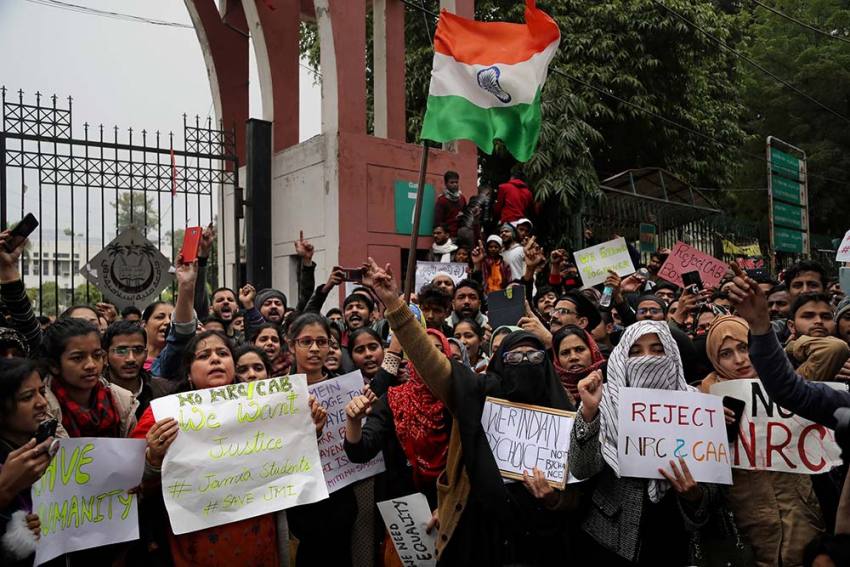 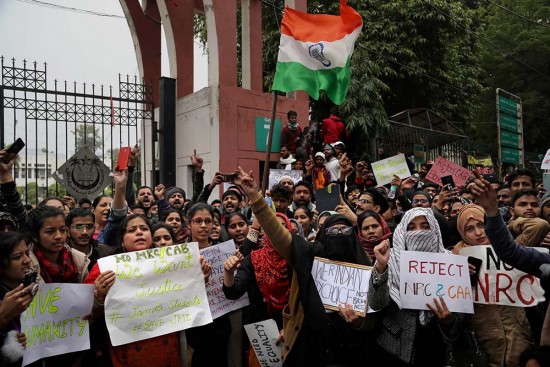 If there’s one activity unrelated to COVID-19 that has gathered pace in recent weeks, even as others lie in a catatonic stupor, it is the police’s crackdown on organisers of the anti-CAA protests. On April 9, two weeks after the countrywide pandemic induced lockdown, 25-year old Gulfisha was arrested by Delhi Police from Northeast Delhi’s Seelampur on charges of sedition. In the same week, Jamia Millia Islamia University student Safoora Zargar and former municipal councilor Ishrat Jahan were also arrested by the police under various charges.

All three were part of the protests led by Muslim women in Jamia University and Shaheen Bagh against the controversial new Citizenship law—the Citizenship (Amendment) Act or CAA, the proposed National Register of Citizens (NRC) and the National Population Register (NPR), which rocked the country between December 2019 and February 2020. Though the anti-CAA protests were called off in February as the pandemic loomed large, many of the protestors have been arrested across the country for participating or organising protests.

While Gulfisha, an MBA student, was at the forefront of anti-CAA protests in Seelampur, Ishrat Jahan was active in the protest in Khureji Khas in Northeast Delhi. The arrest of Zargar, who is pregnant, has sparked a row, as she was booked under the draconian Unlawful Activities (Prevention) Act (UAPA) and has been denied bail despite pleas on humanitarian grounds. Arrested along with Zargar was another Jamia student, Meeran Haider, the media coordinator of the Jamia Coordination Committee. Shifa-Ur Rehman, the president of the Alumni Association of Jamia Millia Islamia (AAJMI) was arrested on April 26 and was also booked under UAPA. Many students have also been summoned by the Delhi Police for interrogation and their mobile phones confiscated, claim Jamia students.

The Delhi Police alleges that the anti-CAA protests led to the riots in Northeast Delhi in February that left at least 53 dead, many injured and property worth tens of crores of rupees destroyed.

A Jamia student counters that instead of arresting the perpetrators of violence, the police, in a bid to suppress dissent, is taking aim at the softest targets of all—students. “The government should be focusing on the humanitarian crisis rather than hunting us down. They didn’t arrest people who fired at students in Jamia,” he says.

Lawyers who are dealing with the cases say that police is using the lockdown as a cover to crack down on protestors, as they have little access to legal aid during the current crisis. Advocate Akram Khan, who is handling Meeran Haider’s arrest, says that students have been falsely implicated for the Delhi violence and that it’s an attempt to instil fear among the community. “It’s witch hunting on the part of the police and the students have been targeted for participating in anti-CAA protests. They are not criminals or in hiding. But they all are slapped with serious charges,”

However, Delhi Police in a statement last week denied charges of being partial and claimed to be doing their job “sincerely and impartially”. In a tweet, it further claimed that arrests have been made on the basis of scientific and forensic evidence, including video footages.

Right activists say that this is a systematic crackdown on the peaceful and constitutional anti-CAA-NRC-NPR movement across the country. Activist Kavita Krishnan says that the state is using the shield offered by the pandemic to warn people who dare to speak out. “It’s shocking that police hasn’t used the UAPA against the man who fired at the students in Jamia. Instead, they are charging students. We only know when the knock arrives at the door. There is no transparency about the cases or the FIRs,” says Krishnan.