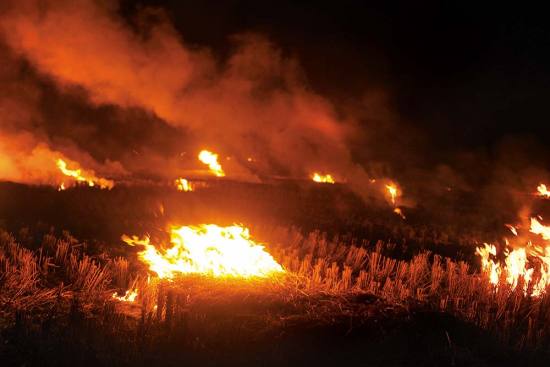 Come September, October and November the noise on air pollution becomes really jarring. Debates, papers, data, they come in galore in print and electronic media. The courts, the tribunals shout out loud and question the governments as to what they are doing to prevent air pollution? What efforts are being made to ensure that Delhi is not the most polluted city in the world again? This is where we win the competition with Lahore, which is perhaps the second-most polluted city in the world. A win that we must not be proud of. The courts and the tribunals have been issuing orders and judgments for quite some time, but every year we find ourselves on the same boat or should one say in the same poisonous air.

Sometimes, data becomes the enemy of the problem, so let me not give you any data. The data on the number of deaths, the data on contributory pollution, because till date there is no organised action on the contributory pollution index. Now let us take an example of stubble burning and data around it. The Delhi chief minster says that 17 per cent of the air pollution is because of the stubble burning in Punjab, Haryana and other states, at the same time the Union environment minister asserts that the contributory pollution of stubble burning is only 4 per cent. The truth is that both are correct because one gives the data for the concentrated 2-3 months, which are the problem months of winter, and one gives data averaged out for the whole year. So let’s not get lost in data.