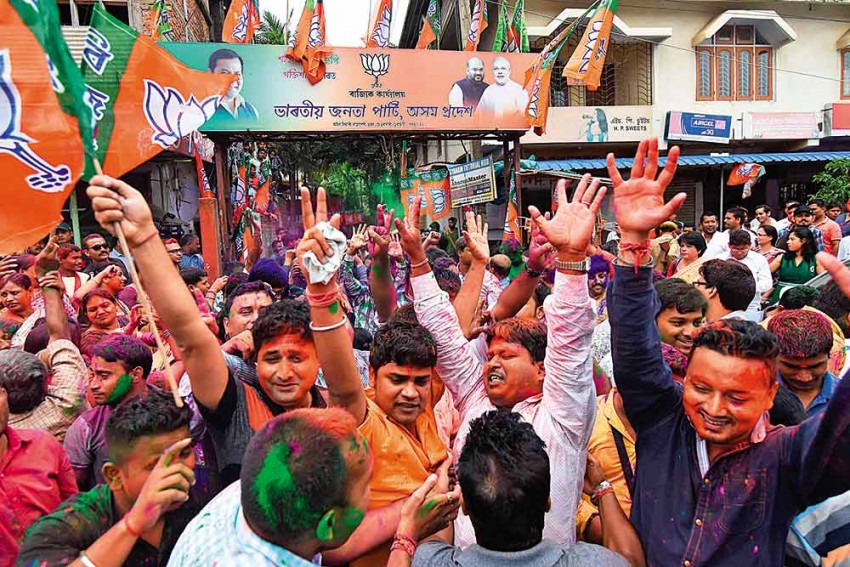 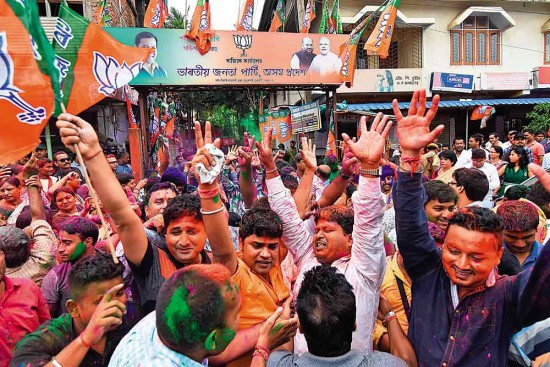 In 2017, a book titled The Last Battle of Saraighat: The Story of the BJP’s Rise in the North-East had sparked controversy in Assam for terming Assamese sub-nationalism as “anti­-Indian” and a “subversive idea”. The book was authored by two political act­ivists who were actively associated with the BJP’s successful campaign in the 2016 assembly elections. For a large number of people of the state, sub-nationalism—jatiyotabad—is the indelible, undeniable marker of Ass­amese identity. And the book, by Rajat Sethi and Shubhrastha, was seen as an attempt to further the RSS’s idea of subsuming regional identities into an all-encompassing Indian nati­onalism.

Two years later, and after yet another spectacular show in the Lok Sabha elections, the BJP would have reasons to bel­ieve that Assam has embraced nati­onalism over sub-nationalism. And the biggest sign of this would be the decimation of the flag-bearer of Assamese regi­onalism, the Asom Gana Parishad (AGP), which is facing its biggest existential crisis in the face of the saffron surge. Statistics give a clear picture: the BJP won nine seats out of 14 in Assam and Congress took three. The BJP also secured 36.05 per cent of the vote share while the Congress got 35.44. The AGP, an ally of the BJP, failed to win even a single seat. Its vote share was a meagre 8.23 per cent.

Why this makes for such fascinating reading is the fact that Assam—in fact, the entire Northeast—was bristling with anger by the end of 2018 and the beginning of this year, after the BJP-led government at the Centre moved the controversial Citizenship Amendment Bill (CAB) that aimed to ease the process of getting Indian citizenship for non-Muslim people from Bangladesh, Pakistan and Afghanistan.  For decades now, Assamese speakers have lived under the fear of being overrun by ­undocumented migrants, especially from Bangladesh, whose numbers vary dep­ending on which side of the political spectrum is speaking. The influx of “Bangladeshis”—the most commonly used  single-word definition of anyone suspected of being a foreigner—spawned a six-year-long mass movement, out of which emerged the AGP, the self-styled protector of Assamese identity. The party was elected to power twice, the last time in 1996, but could never live up to the expectations of the people. Assam went back to the Congress again for 15 years till the BJP swept the state with the promise of getting rid of “all infiltrators”. For many people of other linguistic den­ominations in the state, the BJP was the promise of ending what they felt was growing Assamese chauvinism. 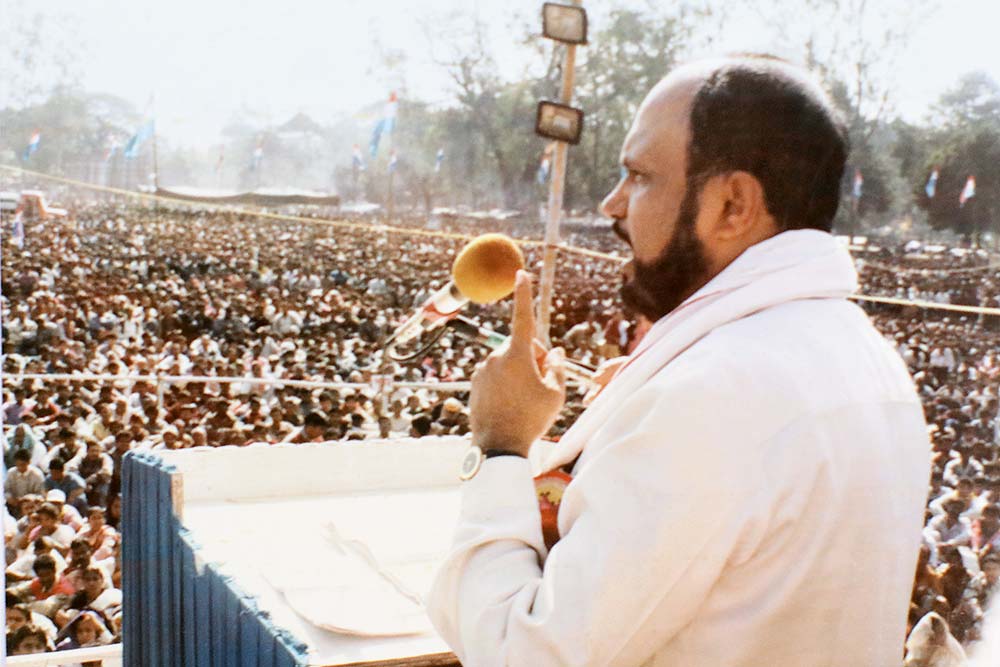 P.K. Mahanta has failed to stop the AGP’s decline.

But the fact that the CAB never turned into an election issue despite violent protests confirms the worst fears of Prafulla Kumar Mahanta, AGP leader and a two-time former chief minister who once led the anti-foreigner agitation. “The poll results ­reflect that there is a crisis for Assamese sub-­national­ism for which the people were on the streets (against the CAB),” says Mahanta. The AGP also paid the price of failing to take a firm stand on the issue. Just weeks after walking out of the alliance with BJP after the CAB was tabled in the Rajya Sabha, the AGP was back with the ruling party for the Lok Sabha polls despite Mahanta’s objections. “The political parties just ­issued statements against the CAB but they never made it an election issue asking people to vote against the bill. So, it’s their failure. They have failed to convince the people. Apart from that, because of the polarisation, people voted for the BJP,” Mahanta adds.

The rout of the AGP is the biggest sign of eroding sub-nationalism in Assam, now painted saffron.

There are others who subscribe to this view. “Assamese nationalism is based on language. And there has been a crisis but not only because of CAB. Assamese nationalism is being challenged primarily because of the confusion between Assamese linguistic nationalism and patriotism,” says Apurba Kumar Baruah, a retired professor of North-Eastern Hill University in Shillong. Language definitely is a big factor as many feel that the CAB will only turn Assamese speakers into a linguistic minority in a state which has a large Bengali-speaking population, most of them migrants from erstwhile East Pakistan.

Not all, however, think that Assamese nationalism is dead. Samujjal Bhattacharya of the All Assam Students’ Union, which spearheaded the Assam agitation, says the issue of sub-nationalism can’t be judged on the basis of voting results. “The elections were never a referendum on the CAB though the BJP wants to project it otherwise. We stood united against the CAB and so it couldn’t be tabled in the Rajya Sabha,” Bhattacharya tells Outlook.

For Sushanta Talukdar, a political commentator, the scene is not as bad as it seems. “Scientifically speaking, even the opposition Congress got a good share of the votes which indicates people who opposed the CAB didn’t vote for the BJP,” Talukdar says. But he feels that AGP has failed as a political party.  Professor Baruah too says the AGP is gone as a party and “can’t be revived”.

For the BJP, however, there is no threat to Assamese nationalism. “Assam has been part of India since the Mahabharata days. Since thousands of years, we have been following Indian culture. There is no argument on that. We definitely believe in the idea of ‘Akhand Bharat’. I’m a proud Assamese and a proud Indian,” says Assam BJP spokesperson Pabitra Margherita.

In this saffron land in the Northeast, loud chants of “Bharat mata ki jai” are drowning the feeble attempts at “joi aai Oxom” (long live mother Assam), the war cry that has always defined Assamese nationalism.